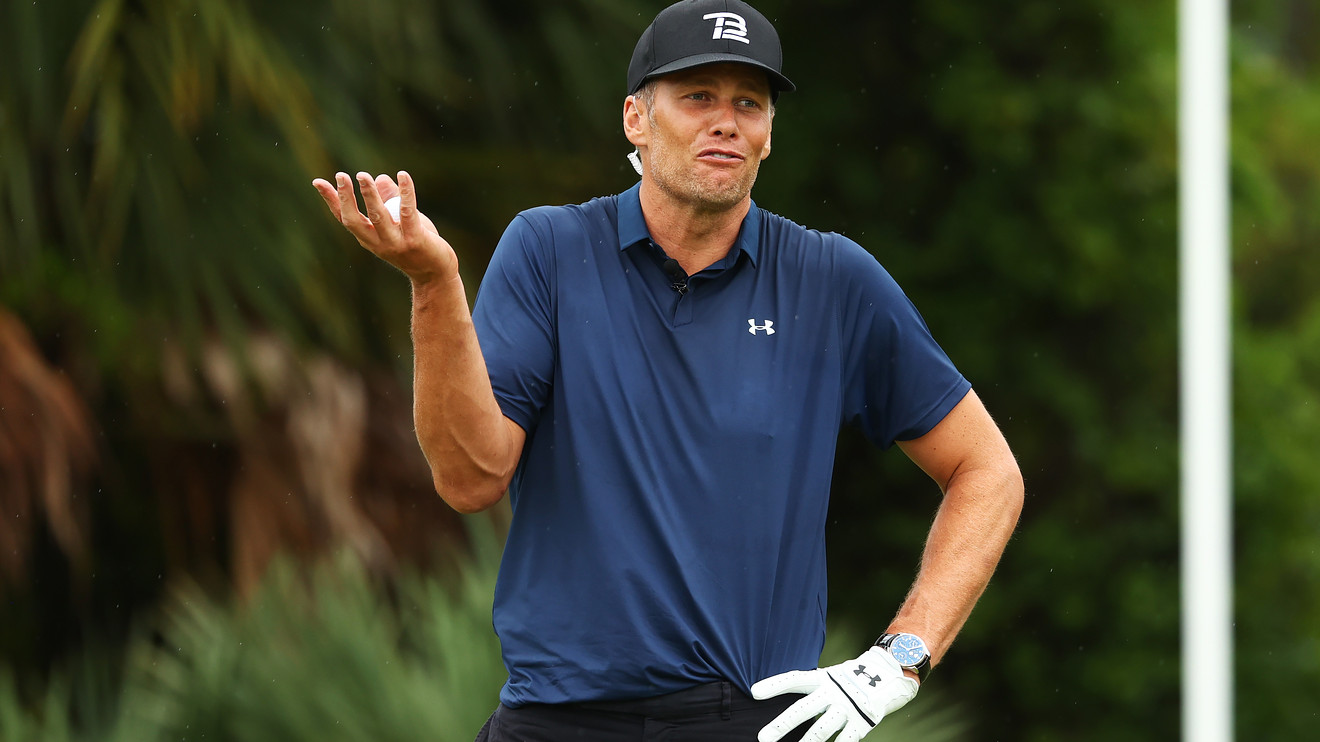 Tom Brady looked like the rest of us — until he didn’t.

As the weakest link in Sunday’s “The Match: Champions for Charity” — pitting Brady and Phil Mickelson against Tiger Woods and Peyton Manning — the six-time Super Bowl champion at first displayed none of the confidence at the Medalist Golf Club in Hobe Sound, Fla. that produced the greatest career in NFL history, flubbing multiple shots amid mounting frustration.

In addition to the relatable scene of the seemingly ageless, 42-year-old Brady mentally back-tracking to count his numerous shots on one hole, the new Buccaneers quarterback was also caught on camera cursing after one of his off-target shots.

But Brady later redeemed himself with a ridiculous eagle at No. 7, leading to him taking a jab at commentator Charles Barkley. He hit his approach shot near the pin and saw it take a perfect bounce to the right and into the hole.

“Take a suck of that Chuck,” a smiling Brady told Barkley after the shot went down.

When he bent over to pick the ball out of the cup, the camera caught that he had split his pants.

The showdown is hoping to raise at least $10 million in the fight against coronavirus.

This report originally appeared on NYPost.com.