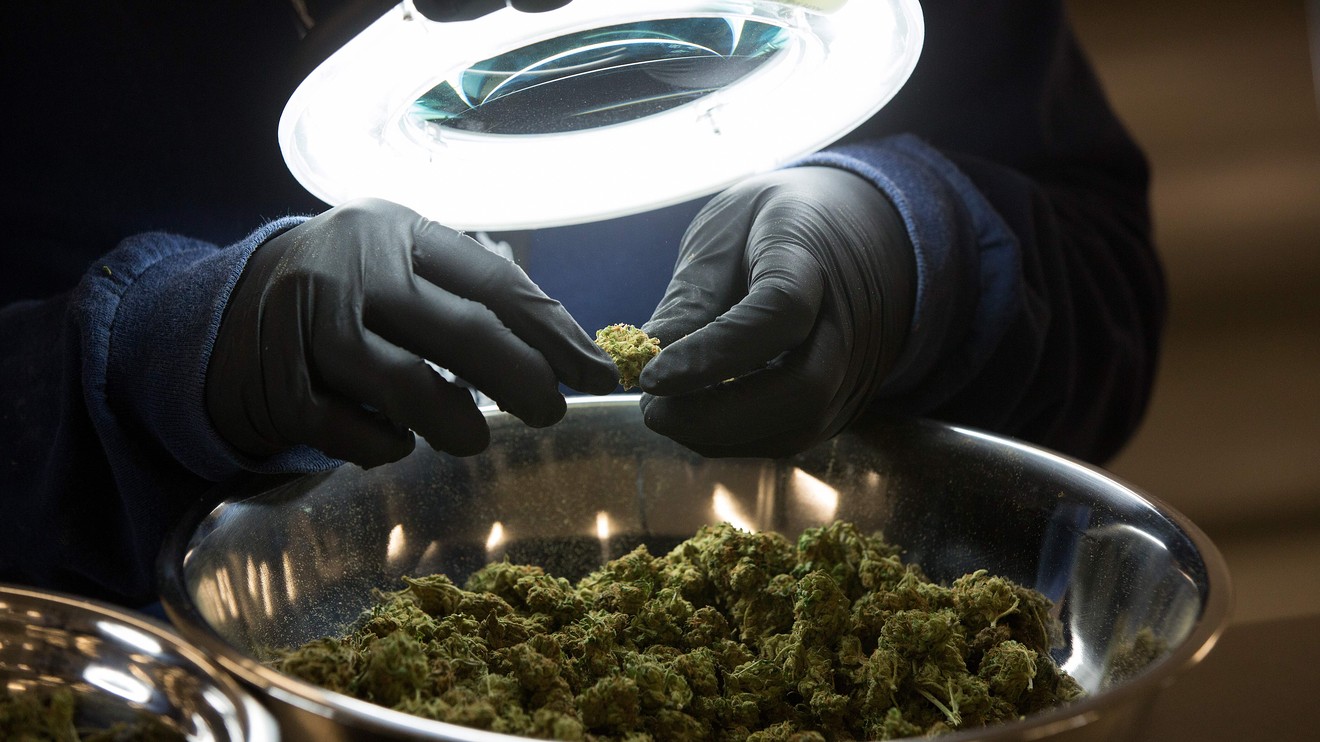 Canopy’s CGC, -20.02% WEED, -20.80% fiscal fourth-quarter net loss of C$1.33 billion ($946.4 million) was the second in its history after the Smiths Falls, Ontario-based weed producer logged a C$1.28 billion loss in the fiscal first quarter last year. A loss of hundreds of millions was expected, as Canopy announced in March that it expected to record a C$700 million to C$800 million charge related to shutting down two weed facilities in British Columbia and laying off 500 people from related jobs.

Goodwill is the amount allocated to acquisitions beyond the value of their physical assets. Billions in goodwill and other intangible assets built up for Canada’s largest pot companies in recent years.

Rivals such as Aurora Cannabis Inc. ACB, -8.21% ACB, -9.10% and Organigram Holdings Inc. OGI, -6.95% OGI, -0.43%, have either already been selling cheap weed or launched a “value” brand in recent months as the market in Canada has shifted. Canopy executives acknowledged Friday that the company had missed opportunities to sell its own version of cheap pot — five months ago inexpensive pot held a 6% market share, but that segment now accounts for around 20% of the market.

In a telephone interview with MarketWatch, Chief Executive David Klein said the shift toward cheap pot is the result of a number of Canopy rivals offering much more inexpensive product in January and February.

“We saw pretty aggressive price drops, and presumably the motivation is to convert inventory into cash, instead of writing it off,” Klein said. “I’m not sure how sure how sustainable this is for some of the players.”

To continue to attack black-market sales — Klein said he believes they are still 60% of the market — Canopy is attempting to figure out how to grow the cheapest, highest-quality weed. More than anything, Klein says that inexpensive marijuana is the best way to attract customers who are used to buying product illegally.

Canopy’s fourth-quarter revenue net of excise tax rose to C$107.9 million from C$94.1 million a year ago. The FactSet consensus was for a loss per share of 59 cents and revenue of C$128.9 million. Canopy pulled its guidance due to the pandemic.

On the conference call, Lee said that Canopy saw less traffic to its physical retail stores because of social-distancing requirements. Provinces such as British Columbia, Alberta and Ontario have also re-balanced inventory and were ordering less weed from Canopy.

“We have a very strong balance sheet with nearly C$2 billion in cash at the end of the fourth quarter and we have an additional C$245 million of cash inflow on May first from Constellation Brands STZ, -1.56% exercise of its November 2017 warrants,” Lee reminded investors on the call. “So, with these actions, we believe our company will weather COVID-19 and emerge stronger on the other side.”

With C$2 billion in cash remaining, Klein told MarketWatch that Canopy is going to hold onto as much of that as possible to prepare for its entry into the U.S. In terms of deploying the cash to buy additional assets, Klein said that he doesn’t see value in Canada — the cost synergies that normally exist, do not in Canadian cannabis. In the U.S., Canopy would be open to acquiring businesses that are not direct rivals of Acreage Holdings Inc. ACRGF, -16.24% , which it already holds the obligation to acquire if pot becomes permissible in America.

“For the right brands in the U.S., if there was a way to structure a transaction, we would be open to that,” Klein said on the phone.

Canopy Growth had not released its full financial statements as of Friday afternoon, which would offer more information about the specifics of the company’s billion-dollar net loss and other aspects of the fourth-quarter financial performance. The company told analysts it expects to file its first 10-K form Monday with the Securities and Exchange Commission because Canopy is now considered a U.S. domestic issuer, though it is listed in the U.S. and Canada. For the same reason, it has also started to use Generally Accepted Accounting Principles, or GAAP, the U.S. accounting standard.

Read:Aurora Cannabis and Tilray set to detail hoarding of marijuana during COVID-19

In a note to clients Friday, Jefferies analyst Owen Bennett wrote that Canopy’s fourth-quarter recreational pot sales were “very weak,” as the company continues to lose market share for cannabis flower. Bennett has a hold on the name with a C$22 target price.

“… What really concerned us was commentary around needing to ‘understand what consumers want,’ and ‘servicing different segments’,” Bennett wrote. “This is just basics and an issue we flagged over 12 months ago when initiating (Canopy having a catch-all brand with no segmentation) and is something that in our view should be addressed prior to legalization, not over a year into it, and especially from a market share leader.”

MKM Partners analyst Bill Kirk called the results “disappointing” and pointed to the company’s sequential revenue slowdown, while its rivals grew sales and lost less money. Kirk has a $21 target price with the equivalent of a hold rating on the stock.