Home
Market
European shares rise in relief over Trump's China response
Prev Article Next Article
This post was originally published on this sitehttps://i-invdn-com.akamaized.net/trkd-images/LYNXMPEG501DP_L.jpg 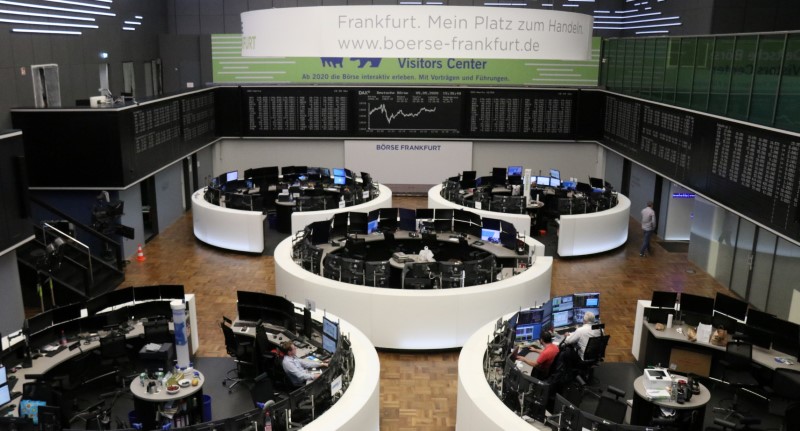 The pan-European STOXX 600 index (STOXX) rose 1% by 0723 GMT and hovered near its strongest level since March 9, led by gains in banks (SX7P), miners (SXPP) and travel & leisure stocks (SXTP).

U.S. President Donald Trump began the process of ending special treatment for Hong Kong to punish China on Friday, but did not mention actions that could undermine the Phase One trade deal.

Meanwhile, business activity surveys showed China’s factory activity grew at a slower pace in May but momentum in the services and construction sectors quickened as businesses emerged from shutdowns.

Euro zone manufacturing PMI numbers are due later in the day.

Among individual stocks, Italy’s Mediobanca (MI:MDBI) jumped 10% after billionaire Leonardo Del Vecchio confirmed he had asked for green light from the European Central Bank to increase his stake in the company.

UK fashion brand Ted Baker (L:TED) fell 6.7% as it rolled out plans to raise 95 million pounds ($117.84 million) through a stock issue to help it ride out the challenges posed by the coronavirus.

Markets in Germany, Switzerland, Denmark and Norway are closed for Whit Monday holidays.