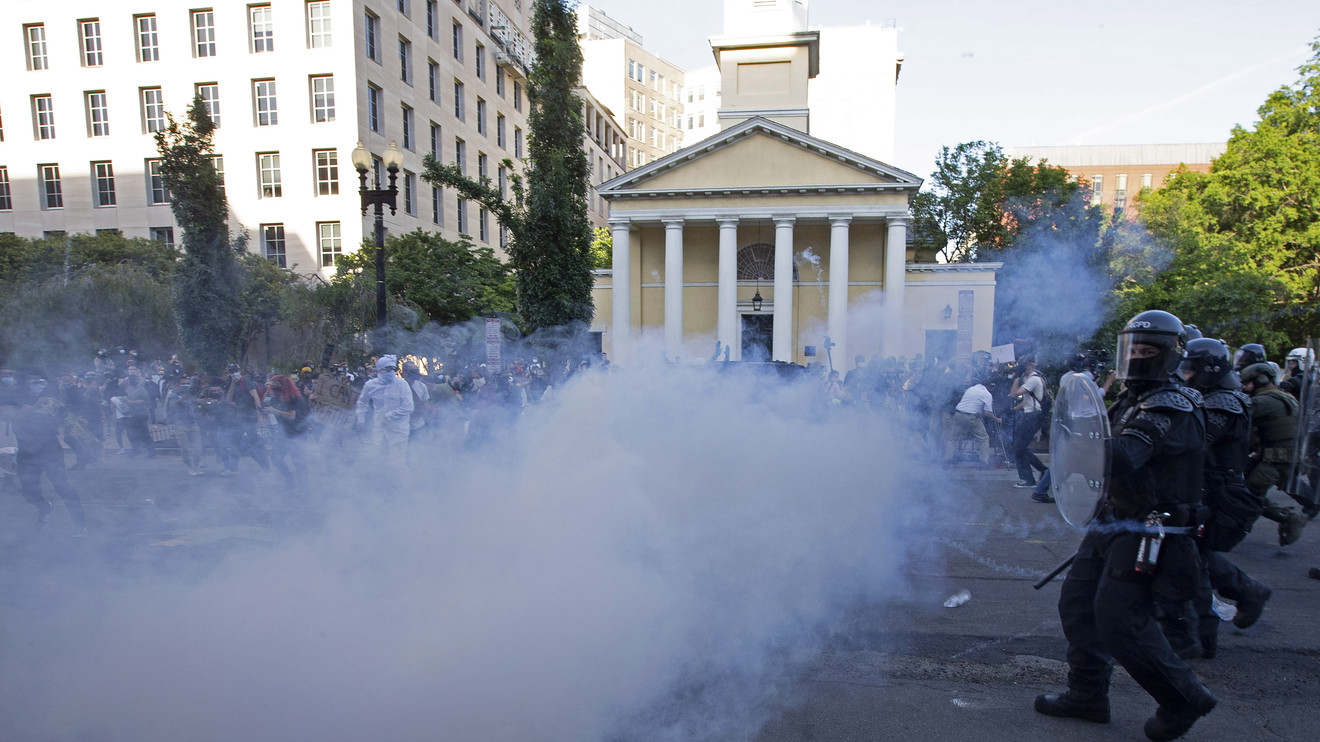 British Prime Minister Boris Johnson has been urged to stop U.K. exports of tear gas and rubber bullets to the U.S. after they were used against protesters.

Two U.K. lawmakers pressed Johnson on the issue as more politicians returned to Parliament on Wednesday to grill the nation’s leader.

“The U.K. exports millions of pounds worth of riot control equipment to the U.S., including tear gas and rubber bullets. The Prime Minister must have seen how these weapons were used on American streets,” Scottish National Party leader Ian Blackford said.

The Labour member of Parliament for Putney in west London, Fleur Anderson, followed up on the issue and said: “Will the Prime Minister condemn the actions of the American police, will he freeze the sale of tear gas and rubber bullets [to the U.S.]?” She also called on Johnson to condemn the killing of George Floyd.

In response, Johnson said: “I certainly condemn the killing of George Floyd and we will certainly make sure that everything we export to any country around the world is in accordance with the consolidated guidance on human rights.”

Floyd died last week after a police officer pressed his knee into his neck for several minutes even after he stopped moving and pleading for air.

Blackford also asked the Prime Minister what representations he had made to Trump in recent days regarding the situation in America, but he failed to get an answer.

“Watching events unfold across America in recent days and the actions and rhetoric from the U.S. President have been distressing and deeply worrying,” Blackford said. “So can I ask the Prime Minister, what representations has he made to his ally Donald Trump, and at the very least say it now: black lives matter,” he added.

Johnson responded: “Of course black lives matter, I totally understand the anger and grief that is felt not only in America but across the world.”

He added: “I also support the right to protest, the only point I would make is that protests should be carried out lawfully and in this country in accordance with our rules on social distancing.”

According to U.K. government documents, the U.K. approved licenses in 2015 and again in 2018 to the U.S. military and law enforcement agencies for the supply of crowd control equipment, including tear gas, smoke canisters and crowd control ammunition. However, it doesn’t give details over quantities or individual companies and manufacturers.

Read:Trump appears to back away from sending military to quell protests

The organization’s security and police program director, Oliver Feeley-Sprague, said: “Given the evidence emerging from numerous U.S. cities, there’s a very real risk of U.K.-manufactured tear gas or rubber bullets being used against George Floyd protesters in dangerous and highly inappropriate ways — something that ministers need to respond to.

“Ministers should be making detailed, case-by-case assessments of any requests for equipment from individual U.S. police forces — withholding exports from any that have clearly acted irresponsibly during the current crisis.”