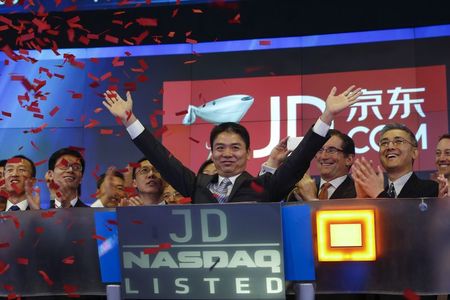 Investing.com – Chinese e-commerce giant JD.com (NASDAQ:JD) filed a preliminary prospectus for its secondary listing on the Hong Kong Stock Exchange (HKSE) earlier in the day, the next step after filing a confidential application in April.

The company plans to raise between 4% to 5% of its market capitalization, which is between $3.2 to $4 billion based on its U.S. market cap, ahead of the listing. It will launch its offering on Monday and hopes to list the stocks on the HKSE main board by June 18.

JD.com’s offering got a boost after gaming giant NetEase (NASDAQ:NTES) priced its own Hong Kong secondary listing at HK$123 (US$15.8701) per share, raising $2.7 billion. NetEase shares are scheduled to debut on June 11.

Both listings come in the wake of rival Alibaba’s homecoming to Hong Kong raised $12.9 billion last year, and the two companies are looking to list before U.S. measures to restrict Chinese listings in U.S. markets come into effect.