Home
Stocks
Should colleges be protected from lawsuits if students catch coronavirus on campus?
Prev Article Next Article
This post was originally published on this site 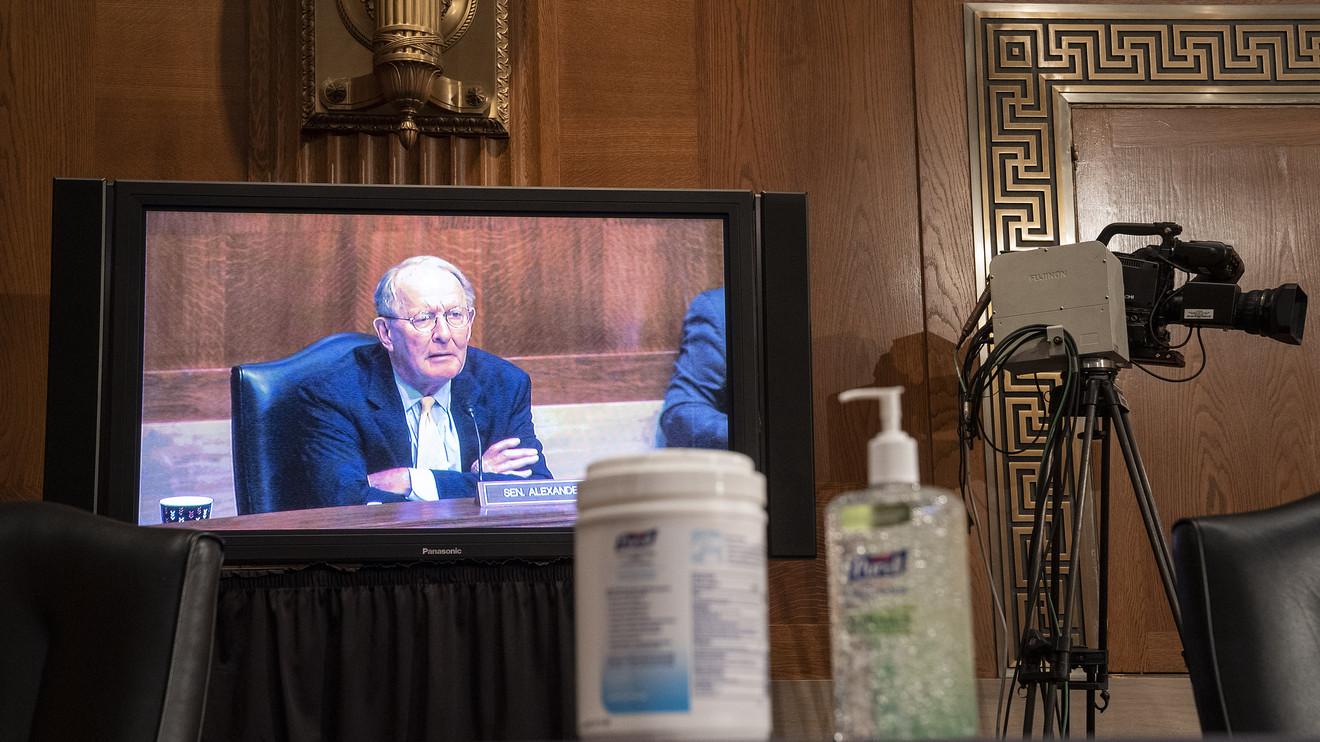 College leaders are considering many factors as they make their plans for a fall semester amid a global pandemic. Among their considerations: student and worker safety, government guidelines, finances — and the threat of lawsuits.

At issue is whether students, faculty and staff can sue a college if they get sick while working or attending the school.

Right now, universities, like any organization, are required by law to exercise ordinary care to their grounds to make them safe for use from anyone who comes on campus to avoid causing injury or illness, said Kyle Logue, a professor at the University of Michigan’s law school who studies insurance, tax and tort law.

However, colleges and universities are asking Congress to change that standard in the era of COVID-19 and provide them with a shield from liability claims — except for in the case of gross negligence — that arise from the pandemic.

The request has been a point of contention among members of the Senate’s committee on Health, Education, Labor and Pensions, which oversees higher education. Sen. Lamar Alexander, a Tennessee Republican who chairs the committee, has said Republicans would push for liability protection for colleges in any future coronavirus relief bill.

But during a committee hearing last week, Sen. Elizabeth Warren, a Massachusetts Democrat, questioned colleges’ support for liability protection, asking Christina Paxson, the president of Brown University, what message it sends to students and families that colleges want to change a standard that “imposes liability only when the college has behaved unreasonably under all the circumstances.”

“ The debate over liability protections in higher education comes amid a broader discussion in Congress about whether businesses should be shielded from lawsuits. ”

The debate over liability protections in higher education comes amid a broader discussion in Congress about whether businesses should be shielded from lawsuits as they ask workers to return to work amid a public health crisis. Supporters of these provisions say that without them companies will feel discouraged from reopening — and contributing to the economy — because of the threat of frivolous lawsuits.

Worker and consumer advocates worry that by taking away employees’ or customers’ right to sue there’s little to compel businesses to do what’s necessary to keep these groups safe.

In the case of higher education specifically, college leaders want to reopen safely and want to “help America to reopen to the extent that they can,” said Peter McDonough, ACE’s general counsel.

But they’re concerned that if their approach to the fall semester differs from another school’s approach, it could open up an opportunity for a claim of negligence, said Peter McDonough, ACE’s general counsel.

In addition, they worry that there are opportunities for second guessing, primarily because the guidelines from the Center for Disease Control, local governments and other authorities vary and are often changing.

“ The pandemic and accompanying economic downturn has squeezed university budgets, creating a financial incentive for schools to reopen as quickly as possible. ”

Consumer advocates see the waivers as a way to help colleges feel more comfortable putting financial concerns over safety. It’s not just the students they’re worried about. The faculty at many colleges is older and so at-risk for complications from COVID-19. There’s also the staff that powers schools’ cafeterias, dorms and lecture halls.

At the same time, the pandemic and accompanying economic downturn has squeezed university budgets, creating a financial incentive for schools to reopen as quickly as possible.

“They need to figure out how to be able to meet payroll and make ends meet and stay open — and students are revenue,” said Mike Pierce, director of policy and managing counsel at the Student Borrower Protection Center, which wrote a letter to congress opposing the liability protections. The right to sue “is a really important counterweight to schools’ economic pressure to reopen.”

That financial pressure is also part of the reason why schools are interested in liability protection, McDonough said. “We don’t need the threat of negligence lawsuits to encourage optimal safety on campus in the fall,” he said. “The question is whether [colleges] are going to need to calibrate what they’re going to do because of a fiscal worry of having to defend lawsuits.”

Under typical circumstances, students — or anyone, for that matter — have the right to sue their schools if they’re injured or fall ill in their care. Consumer advocates like Pierce argue that the schools are looking for a change to this standard “at the worst possible time” — the middle of a global health crisis.

“ ‘The class-action lawsuits that have been filed seeking tuition refunds are an example of how there can be litigation, even if the institutions are taking reasonable measures.’ ”

Colleges’ supporters say that — given the virus’ ubiquity and confusion about what constitutes an acceptable standard of care — colleges could be exposed to litigation even if they’ve taken precautions, and if someone catches coroanvirus elsewehre. They say the legislation just provides a safe harbor to ensure that, as long as a university is meeting a certain standard of care, they can’t be sued.

“The class-action lawsuits that have been filed seeking tuition refunds are an example of how there can be litigation, even if the institutions are taking reasonable measures and reasonable precautions to safeguard the health and safety of their students and their employees,” said Scott Warner, a partner at Husch Blackwell who represents higher education institutions. “Despite the fact that the institutions were complying with executive orders and moving things to a remote environment, they’re still facing significant litigation.”

Even without liability protection, a student who got sick would face an uphill battle if they decided to hold their university responsible, Logue said. In order to win the claim, a student would have to prove that the school had a duty to protect them, breached that duty, and that breach of duty was the cause of their illness. If a student was able to prove those elements of a claim, a judge or jury could reduce the amount of money they receive to the extent a student’s own choices contributed to the harm.

“It’s not as if there’s going to be a flood of liability payouts, even in absence of legal change,” he said.

That doesn’t mean that students and families wouldn’t try to sue, Logue said. Universities could have to spend money defending or settling those claims. “It’s less necessary than the proponents of this kind of legislation are suggesting,” Logue said of the liability waiver, “but it’s not nothing.”

“It’s a cost-benefit analysis, they’re thinking, ‘How much should I invest in lobbying Congress or state legislatures to pass these kinds of rules because it would totally eliminate my liability?’”

Congress has, in the past, granted liability waivers after pressure from industry, Logue noted. Gun manufacturers can’t be sued over crimes committed with their products. Vaccine makers are also protected from liability over harms from their products, though there is a fund that companies pay into to compensate victims of vaccine injuries, Logue said.

In the case of colleges and universities, there’s an argument to be made that we’re in the midst of a national emergency that requires a new subsidy to help the schools deal with the cost. Still, there are downsides to providing schools this type of protection, he said,

“The ability to go to court is a fundamental way in which we hold institutions accountable. If you take away the right there’s no incentive to do the right thing,” said Remington Gregg, counsel for Civil and Consumer Rights at Public Citizen, a consumer advocacy organization. “This will do nothing to alleviate any concerns that students or parents would have about whether or not to send their child back.”

Indeed, the People’s Parity Project, an organization of law students and young lawyers focused on worker and consumer rights, wrote to the leaders of the HELP committee expressing their opposition to the liability shield.

“I don’t love Zoom ZM, +0.30% learning,” said Sejal Singh, the National Policy Director of the organization, who just graduated from Harvard Law School. “People are eager to get back to campus. But we don’t want to go back to campuses that are unsafe or where they haven’t taken reasonable measures to protect people, and risk making those campuses local hot spots.”