Home
Stocks
Outside the Box: Defund the police for safer, healthier and sustainable black communities
Prev Article Next Article
This post was originally published on this site 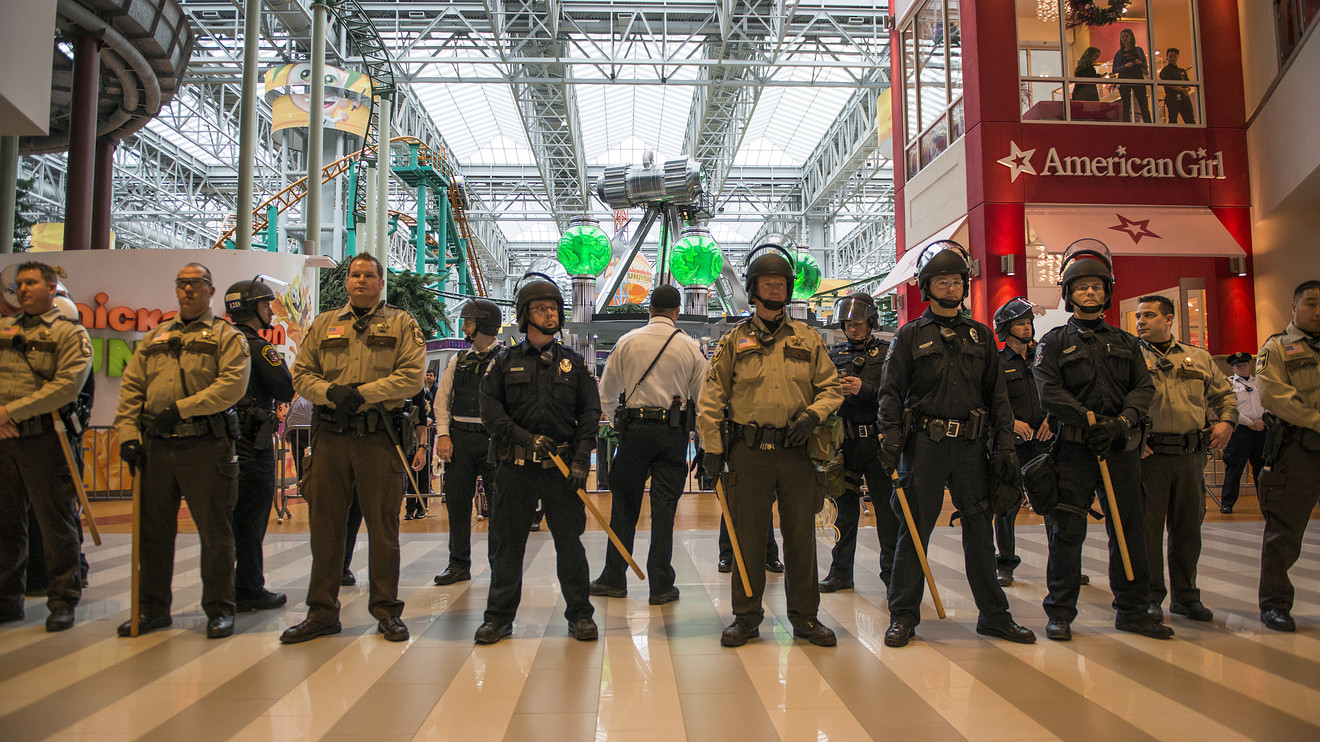 The Minneapolis City Council’s announcement that it has decided to disband the city’s police department and transition to a new model of public safety may come as a surprise to many, but the decision represents the coalescing of ideas stemming from organizers and activists about what to do about the seemingly intractable issue of police brutality against black people and communities.

It is increasingly clear that policing will not change without radical transformation of the system of policies, culture, practices and protections that allow police to operate with so much power and little accountability for the harm their actions impose on black people.

Nearly six years after the death of unarmed 18-year old Michael Brown by Ferguson, Mo. police officer Darren Wilson catalyzed the Black Lives Matter movement, demands to defund the police and reimagine public safety have been amplified after the heart-wrenching murder of George Floyd. In the wake of the massive protests sparked by Floyd’s death, the push to defund the police is gaining traction as an alternative to a reform strategy focused on limiting the use of force and increasing transparency and accountability for police misconduct.

Many of the reforms pushed after Ferguson have proven inadequate in the face of a policing system rooted in a history and culture of anti-black racism and violence. There are a string of reports from the last decade from federal agencies warning that white supremacists have infiltrated police departments and just last year the Plain View Project exposed thousands of racist Facebook posts and comments by more than 3,500 active and former police officers across the country.

Following Ferguson there were widespread calls for adoption of body cameras by police departments. Cameras were supposed to reduce uncertainty about what happened during police-citizen encounters, increase transparency and decrease use of force. In fact, police killed more people last year than they did in 2014 and research shows that body-worn cameras do little to change police behavior.

The Trump administration effectively put a halt to Obama-era reforms, which were often met with resistance from police unions and rank-and-file officers. There is a fierce urgency to end racist police violence but reforms to-date have been too slow and unable to break through the protections that help police officers avoid accountability. According to a report by the Marshall Project, the Minneapolis police department continued to allow the practice of chokeholds and failed to implement recommendations from federal officials to get rid of bad officers including those like Derek Chauvin who had multiple complaints against him.

The casual way in which Chauvin pressed his knee into George Floyd’s neck for 8 minutes and 46 seconds, with one hand in his pocket and not one of his fellow officers doing anything to stop him, makes the “one bad apple” argument untenable. The notion that there’s just one rotten apple in the bunch has been debunked as Americans witnessed police departments across the country use violent force against peaceful protestors marching for justice for George Floyd, Breonna Taylor, Tony McDade and other victims of police violence.

“ Defunding the police is a process of divesting from policing and investing in what communities truly need for health and safety. ”

Part of a set of demands from movement organizations including Movement for Black Lives, Black Youth Project 100, Black Lives Matter Global Network, and Minneapolis-based Black Visions Collective, defunding the police is a process of divesting from policing and investing in what communities truly need for health and safety. In the past 30 years, municipalities have reduced budgets for housing, health and social safety net programs while city police budgets have steadily increased. Instead of focusing on resources to address poverty, unemployment, homelessness and social problems associated with these structural inequities, municipalities are investing in criminalizing black communities.

According to an analysis by the Center for Popular Democracy of 12 municipal budgets including Chicago, Detroit, Houston, Oakland and Minneapolis, cities are spending more on law enforcement than on health and mental health, education, youth development, workforce development, and public transportation services. In the middle of the COVID-19 pandemic, the pattern continued, with cities such as Los Angeles and New York City proposing increases to their police budgets while cutting social services and programs. The mayors of bothNew York City and Los Angeles have now made small but important concessions in the face of calls to defund the police.

Defunding the police is rooted in a vision in which punitive systems are replaced with systems grounded in community care. Defunding the police is part of a broader abolitionist movement led by black women activists and scholars which aims to dismantle the prison industrial complex that profits from surveilling, fining, arresting and imprisoning black and brown people.

More: John Oliver explains ‘defund the police’ — and why it doesn’t mean ‘no police’

Plus:  House could act on bill to revamp policing in next two weeks, senior Democrat says

‘More policing and more prisons have not reduced crime’

The renewed national conversation about police violence has opened a window for elected officials and community members to consider a range of abolition strategies designed to reprioritize budgets and spending, reduce the militarization of police departments, shift power to marginalized communities and reduce the need for police altogether.

The Minneapolis City Council has announced that it will partner with community members to undergo a thoughtful and intentional process to build a new crisis and emergency response system. Local governments across the country should follow suit and start a public process of examining and testing models of safety that comes from providing livable wage jobs and housing for all, safety from access to affordable health and mental health services, safety from community-wealth building, and safety rooted in a respect for the dignity and humanity of all people including the most marginalized community members: black; indigenous; LGBTQ; formerly incarcerated, and those who are homeless or use drugs.

More policing and more prisons have not reduced crime, and police reform efforts to-date have fallen short in ushering meaningful change in the generations-long fight against anti-black police violence. Police killings are deadly manifestations of a broader context of unchecked power, abuse and harassment that black communities endure daily. Nearly every black-led uprising in American cities has been sparked by police brutality. To end this destructive cycle of American history, justice in this moment includes moving toward a new vision of public safety that builds safer, healthier and sustainable black communities.

Judy Lubin is president of the Center for Urban and Racial Equity.

More: ‘Black communities have been robbed’: Will reparations for black Americans finally get real consideration?

Read: The only way to truly solve the race problem in America is to narrow the wealth gap, black economists say