Home
Stocks
Outside the Box: ‘We are not even close to the end.’ America faces another economic and social upheaval and once again it includes race
Prev Article Next Article
This post was originally published on this site 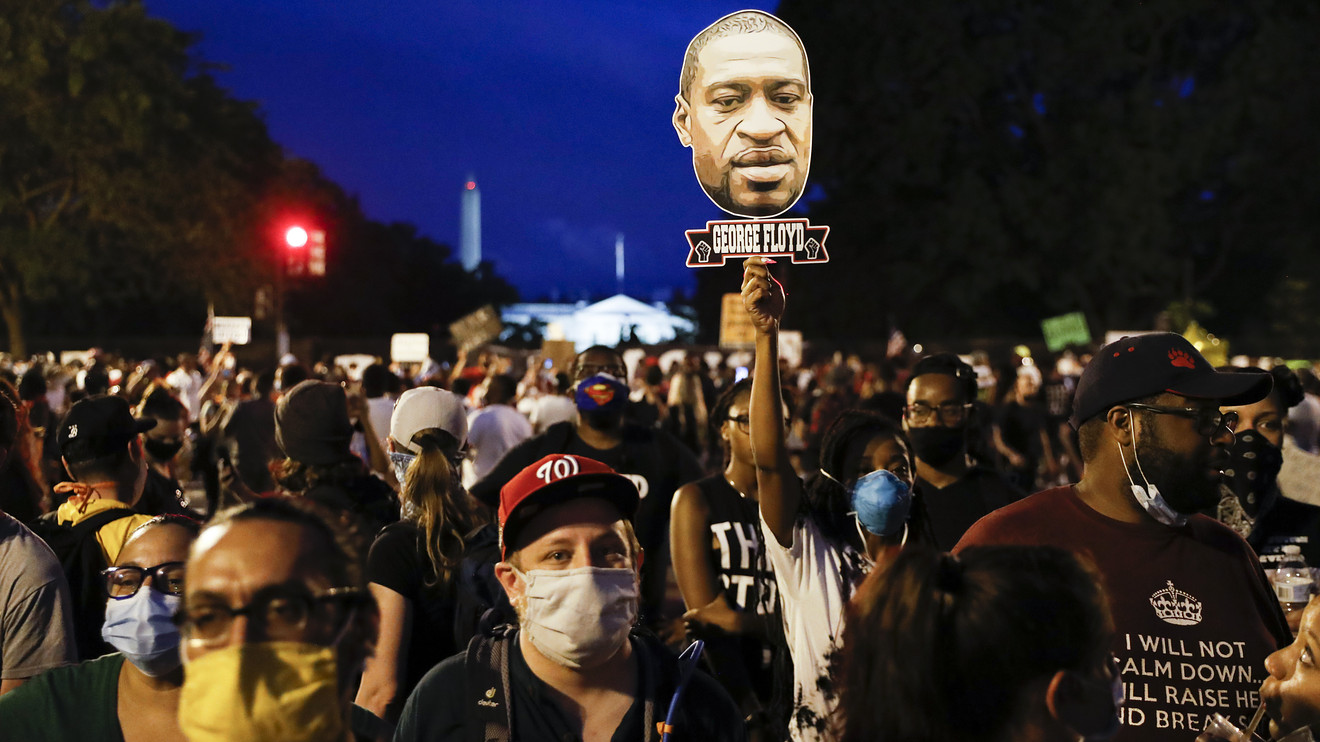 A number of people have asked me if the protests happening across the nation are what I was predicting in my latest book, “The Storm Before the Calm.” They asked because they thought my predictions were arriving too early. This unrest is very much the kind of thing I was expecting and about the time I expected it to start. But we are not even close to the end. I wrote in my book that the 2020s will be a decade of social, economic and international instability. Not all crises will be this intense. Many, particularly the economic crises, will be less intense but will last longer.

To get a sense of where we stand now, think of the late 1960s and early 1970s. In 1968, Martin Luther King was murdered and riots broke out across the country, with the police and National Guard using force to control the rioters. In summer of 1968, at the Democratic National Convention in Chicago, thousands of anti-war protesters showed up against the Democratic Party, which they saw as the party of imperialist wars and domestic oppression. Richard Nixon was elected that year, and in 1971, facing what was really minor inflation compared to what came later, he imposed wage and price controls, and impulsively took the U.S. off the gold standard. He later resigned to avoid being impeached following the Watergate scandal.

There was then a period of relative peace under Gerald Ford, who took over from Nixon in 1974. During this time in the U.S. there was also a massive economic crisis, with high inflation, soaring interest rates and unemployment nearing 10%. This was driven by the Arab oil embargo, triggered by an Arab war with Israel, which left Americans waiting in long lines at gasoline stations only to find there was none available. Jimmy Carter was elected president in 1976 and tried to take the country back to the model that Franklin Roosevelt created. It failed, and he delivered a famous speech about the country’s malaise. Then the Iranian revolution and kidnapping of diplomats came, ending in a disastrous hostage rescue attempt. The Roosevelt era was exhausted. Ronald Reagan was elected and created a radically new structure that led to a cycle of prosperity.

Now the Reagan Cycle is coming to an end. And just as the Roosevelt Cycle culminated in a bit more than a decade of dysfunction and even despair, so too we are now entering such a phase. The coronavirus signaled that, although it had nothing to do with the failing system. But the eruption of nationwide protests are a more systemic announcement of the beginning of the transition.

“ The original American sin was not slavery. (Americans were not unique in holding slaves.) Rather it was a betrayal of the nation’s own principles. ”

Just as the final decade of the Roosevelt Cycle had near its beginning a racial event, the end of the Reagan Cycle is being signaled by the death of George Floyd, with consequences similar to those after Martin Luther King was killed. There is an intimate relationship between race and the American economy that goes back to the country’s founding. As I said in my book, the original American sin was not slavery. (Americans were not unique in holding slaves.) Rather it was a betrayal of the nation’s own principles where Thomas Jefferson had written, “We hold these truths to be self-evident, that all men are created equal.”

Read: George Floyd laid to rest in Houston; ‘He is going to change the world,’ brother says

The South was a plantation society dependent on cheap labor. It needed slaves to function. It also needed power against a growing North that had slaves but was not dependent on them, and had a nascent abolitionist movement. The South rejected the idea of freeing the slaves. But it demanded that the slaves be counted in the census, so that the South’s representation in Congress would be as large as possible. The North objected, and there could be no republic without a compromise. The compromise was that slaves counted as three-fifths of a person.

The founders believed deeply in the equality of men. But they could not form a republic if blacks were seen as equal. So in the act of designating them three-fifths of a person, they declared them less than human. In this way, they preserved the principle of universal equality but did so by designating a class of humans as subhuman.

The Hayes era grew out of the Civil War, which was about the status of blacks. The Roosevelt era was forged out of an alliance of Southern segregationists and Northern blacks. One of the central features of the era that spanned from Roosevelt to Carter was the civil rights movement and the attack on segregation. The Reagan era struggled with the issue as well, with heated debates over affirmative action and other measures.

The issue of race has torn the country apart many times, and many explanations can be offered as to why. It’s a personal issue for all of us. I went to a predominantly black high school in the mid-1960s. It was a frightening experience. High school boys emerge as men through testing themselves physically. In the suburbs, football was the key. Jackson High in Queens, N.Y. had no football team. The tests were found in fighting and violence, and I was forced to face black teenagers who were bigger and tougher than me. I learned to fear them. They were doing nothing but what was normal for 16-year-olds, but they posed what seemed at that time an existential challenge to me.

It took years for me to move beyond my high school experience and to realize the kids I went to school with were just kids like any others, and likely had the same fear of me that I had of them. They saw in me the perpetual sin that was perpetrated against them. Did I ever learn to lose the fear? I think so, yet does anyone really lose the fears that dominated him when he was young? Each day is combat for boys, and that combat shapes them. That is my story. Each one of us experiences the tension of race and each emerges from it differently.

Whenever a cycle fails, and things that were certain suddenly become mysteries, one of the first things that emerges is the deeply rooted tension between black and white. It is a tension that is always there. The history is long and deep and filled with fear. When things become uncertain the thing that suddenly shows itself is the fear between the races, and the attempt on all sides to use that fear to their advantage. It is as if the Israelites were freed, but continued to live in Egypt.

“ America’s original sin still haunts it, and goodwill and wishes are just words. ”

I felt myself at war with blacks and losing. A teenage boy can’t imagine the degree to which blacks felt they were losing, and the truth is that, for the most part, they were losing. They knew that, and the fights we had were rooted in that knowledge. When they see one of their own slowly strangled to death, they feel rage but also, as I understand in retrospect, helplessness and despair. This is the original sin of our republic, and none of us know how to solve it, least of all the enlightened whites who side with them.

The problem is that we are not monsters, white or black. We are humans and we are filled with fear, hope and a breathtaking inability to understand the complex realities that come from being human. And we love to feel superior to those who are different and those who disagree with us.

So to the question of whether I expected this, the answer is yes, and much of what I say here is scattered throughout my book. But this is not the end. Race is always there, and frequently the breakout of race-related protests and violence is just the beginning. But it is never the end because America’s original sin still haunts it, and goodwill and wishes are just words. So, the U.S. begins the 2020s, a decade of transformation, as it began other transformations — with the matter of race.

George Friedman is chairman of Geopolitical Futures and author of “The Storm Before the Calm: America’s Discord, the Coming Crisis of the 2020s, and the Triumph Beyond.” (Doubleday, 2020)

More:The only way to truly solve the race problem in America is to narrow the wealth gap, black economists say

Plus: George Floyd, white supremacy — and the ‘otherization’ of African-American men