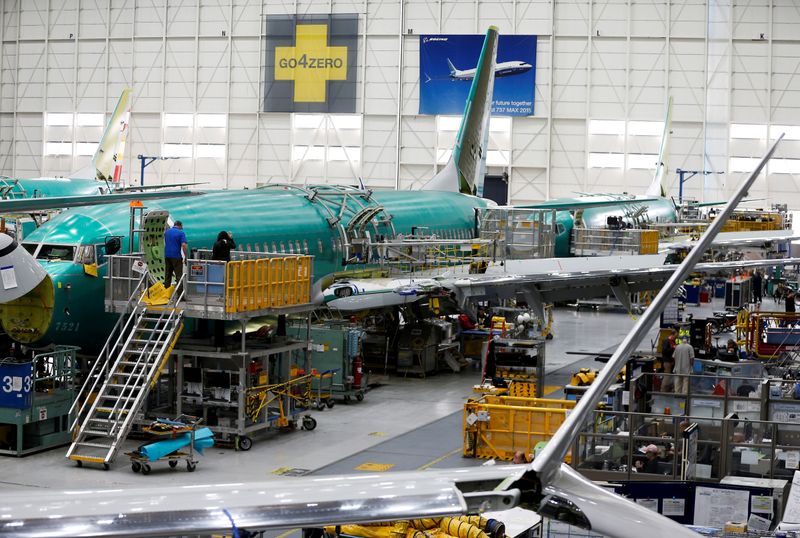 (Reuters) – Maintenance firms and spare parts producers who keep airplanes running are bracing for a decline of up to 75% in sales this year – and more pain to follow – as airlines park or retire thousands of aircraft due to the coronavirus pandemic.

Worth about $80 billion in sales last year, the industry ranges from engine makers like General Electric Co (N:GE) and Rolls-Royce Holdings Plc (L:RR) to systems companies like Honeywell International Inc (N:HON) and Raytheon Technologies Corp (N:RTX) and a host of smaller suppliers.

Jetliners on average cost $3 million a year to service and make up a significant portion of revenue for most of these firms. That is under threat as the crisis cripples air travel and reduces the number of hours planes spend in the air, pushing back overhauls.

“We foresee reduction in maintenance, repair and overhaul demand of 60% or more for commercial aero engines (in 2020). And production will fall 40-50%,” said Kevin Michaels, managing director at aerospace consulting firm AeroDynamic Advisory.

The decline of up to 75% in services revenue, which amounts to about $60 billion in lost sales, was estimated by analyst Richard Aboulafia at aerospace consultancy Teal Group.

Lower demand for new jets is also causing the industry to revisit projections for demand for services later on, as fewer jets come down the pipeline for future parts servicing.

Thousands of layoffs are already planned or under way but some aerospace experts suggest the impact is likely to be deeper than originally thought and point to several years of hard choices, with the market properly recovering only in 2023.

The International Air Transport Association said last week that airlines would lose $84 billion in 2020, with revenue down by half to $419 billion, the worst year in the sector’s history.

“This is going to be a very brutal time for companies dependent upon aftermarket revenues,” Aboulafia said.

“The job cuts and spending cuts have only begun,” he added. “Generally, they need to fall as closely in line with output as possible, and output – of aircraft and spare parts – has only begun to be cut too.”

Some 18,000 planes, or around 65% of the global fleet, were grounded throughout April and most of May and the industry is now planning for a global recession and a future where business travel is reduced and holidaymakers stay closer to home.

Estimates collected by Reuters suggest the reduced demand will result in fewer than 20,000 planes in use in 2021 compared with an active fleet of about 27,000 planes in 2019.

All analysts with whom Reuters spoke said they did not expect maintenance spending to recover to 2019 levels until 2023.

Numbers on the current age of fleets, together with indications given by some airlines, suggest between 1,500 and 2,600 aircraft could be retired over the next 12 months, more than three times as many as in a typical year.

At $3 million a plane, that adds up to $7.8 billion in lost aftermarket revenue. But planes over 10 years old also tend to demand more work. They make up around 48% of the current fleet, but account for more than half the maintenance, according to consulting firm Oliver Wyman. So lost revenue is likely to rise.

Costs per plane also vary drastically. A young Boeing (N:BA) 737 may cost less than $1.5 million to maintain, while a widebody 777 or 787 four times as much.

Delta Air Lines Inc (N:DAL), in one example, is cutting 18 Boeing 777 planes which one analyst told Reuters cost $7.3 million each on average to maintain per year.

Timothy Kuder from consultancy Frost & Sullivan said airlines are likely to make “significant” job cuts once a moratorium on new layoffs under the government’s bailout runs out in September.

“What that means for the companies reliant on aftermarket revenue … (is) there is going to be less business out there than (parts suppliers) are able to sustain with their workforce.”