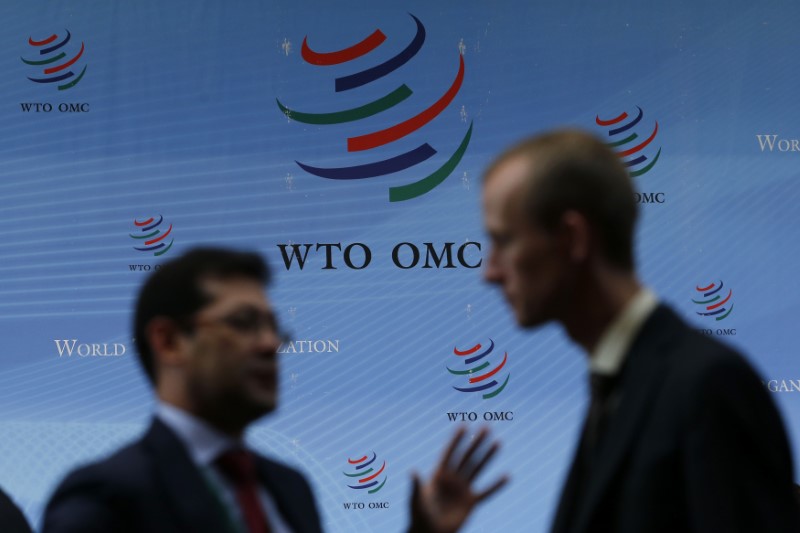 investors expressed relief that the U.S.-China trade deal was still in place ahead of the latest business sentiment data.

The moves were driven largely by an upside surprise in purchasing manager indices for France and Germany for June, which showed both of Europe’s two largest economies rebounding more quickly than expected.  The eurozone composite PMI rose to 47.5 from 31.9 in May, well above expectations for a reading of 42.4. The biggest improvement was notched by services, which had been slower to reopen from lockdown measures than the manufacturing sector.

Earlier, global stock markets had breathed a sigh of relief after U.S. President Donald Trump asserted that the U.S.-China trade deal was “fully intact”, contradicting his trade adviser Peter Navarro, who had told Fox News overnight that the trade deal with China was “over”.

Navarro’s comments had revived memories of the trade war between the two countries, which roiled financial markets and dented global growth before being partially settled with the first phase of an agreement in January.

In corporate news, Intu Properties (LON:INTUP) stock soared 1.3% after the owner of shopping centers in the U.K. and Spain said it was in talks with lenders about new funding, but had also appointed KPMG to contingency plan for administration.

German metals trader Kloeckner & Co (DE:KCOGn) jumped 15% after it provided positive earnings outlook for the second quarter, while payments company Wirecard rebounded 17% from distressed levels amid continuing speculation over its viability. German media reported that Markus Braun, who stepped down as CEO last week after the company disclosed a 1.9 bilion euro hole in its accounts, had been arrested.

Rightmove (LON:RMV) stock fell 1.1% after the U.K.’s largest online real estate portal and property website said it has cut salaries in the wake of the coronavirus pandemic, while St. James’s Place (LON:SJP) shares gained 1.9% after an upbeat assessment on asset flows and performance for June.

Oil prices edged higher Tuesday, amid relief over the lessening of U.S.-China tension regarding the trade deal. China is one of the world’s biggest oil importers, and a trade war with the U.S. would likely stunt its demand.

Later Tuesday, the American Petroleum Institute will release its own data on crude oil and product inventories. Those numbers come in advance of government figures that are usually released on Wednesday.