Home
Stocks
Coronavirus update: U.S. case tally climbs to 2.35 million and 27 states are still showing increases in infections
Prev Article Next Article
This post was originally published on this site 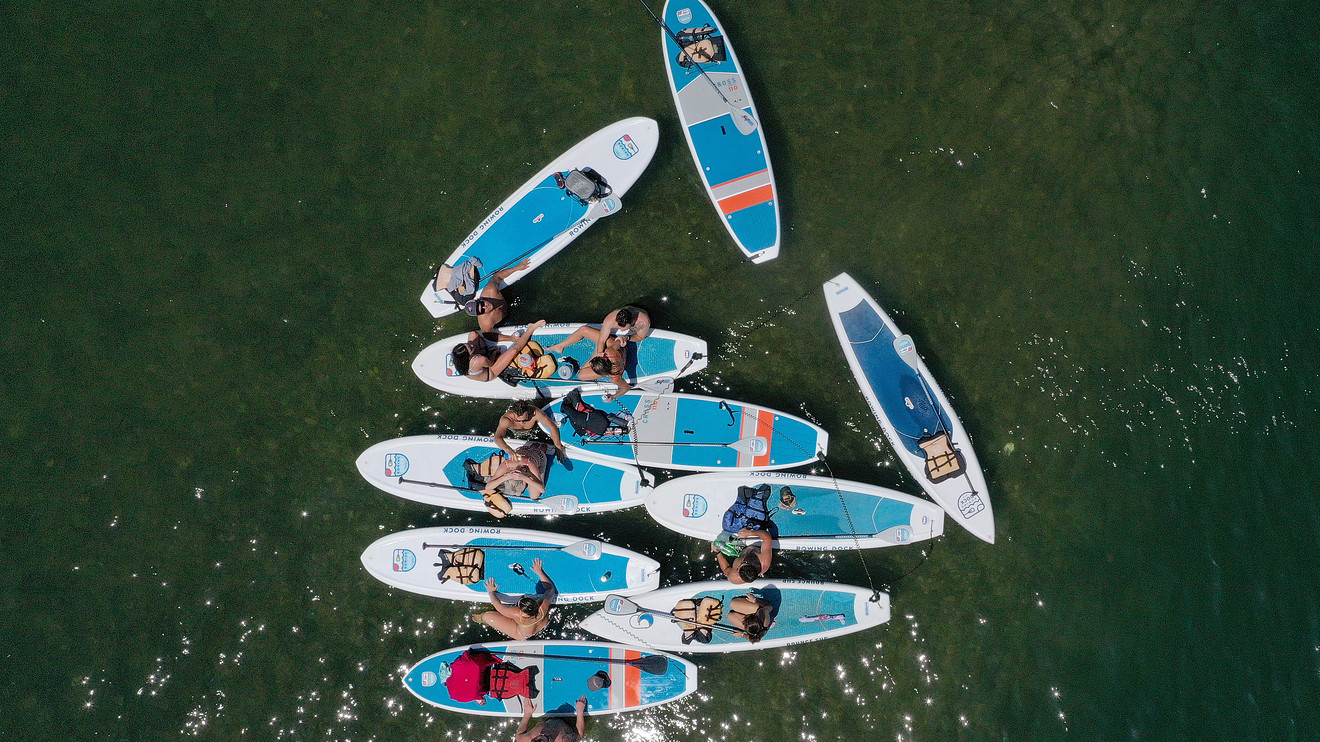 The U.S. case tally for the coronavirus illness COVID-19 climbed to 2.35 million on Wednesday, and 27 states were showing increases in infections, as Dr. Anthony Fauci cautioned that the next two weeks will be crucial in containing the spread.

Fauci, head of the National Institute for Allergies and Infectious Diseases, and other leading health officials testified to a congressional committee on Tuesday and they all emphasized that the pandemic is far from over.

“We’ve been hit badly,” said Fauci, adding he was “really quite concerned” about rising community spread in some states. “The next couple of weeks are going to be critical in our ability to address those surges,” he said.

The U.S. is still pushing ahead to reopen businesses and shops after weeks of stay-at-home orders and restrictions on movement, even as 27 states are showing increased cases over the last 14 days. States are not taking a uniform approach to reopening or complying with guidelines released by the Centers for Disease Control and Prevention, as health experts have urged.

President Donald Trump is also pushing ahead with his campaign rallies and last night visited Arizona, a state with a worrying infection rate, to address supporters at a megachurch. Trump also toured a border barrier to add his signature to a plaque, but neither the president nor any of his aides wore face masks during the visit, which took place as health experts were giving their testimony.

Dr. Robert Redfield, head of the CDC, said the pandemic has “brought this nation to its knees” and said it would probably cost the U.S. about $7 trillion. Redfield also said the best weapons to fight the virus are continued hand washing, social distancing and mask wearing. No state has yet made the transition from stay-at-home orders to “a public health model of testing, tracking, isolating and quarantining,” he said.

In Texas, meanwhile, Gov. Greg Abbott, alarmed by the state’s recording of 5,000 new cases in a single day for the first time and as hospitalizations hit record numbers, authorized cities and counties to put restrictions on large gatherings, as the Associated Press reported. The governor also urged residents to wear face masks in public and to stay indoors as much as possible.

Abbott, who has previously said Texas’ numbers raised concerns, but not alarms, appears to be adopting a more urgent tone after the largest pediatric hospital in the U.S. started to admit adult COVID-19 patients as other systems were overwhelmed. Officials are becoming increasingly concerned about the prospect of crowds gathering to celebrate the pending July 4 Independence Day holiday.

There are now 9.29 million confirmed cases of COVID-19 worldwide and at least 478,221 people have died, according to data aggregated by Johns Hopkins University. At least 4.7 million people have recovered.

The U.S. continues to lead the world, with the case tally of 2.35 million and death toll of 121,232, more than double the next highest totals of 1.15 million cases and 52,645 deaths in Brazil. A judge ordered Brazilian President Jair Bolsanaro to wear a mask in public after he attended rallies with his face uncovered.

Latin America has been hard by the pandemic and its death toll passed 100,000 on Tuesday, according to Reuters.

China, where the illness was first reported late last year, has 84,655 cases and 4,640 fatalities.

Don’t miss: Brazilian doctors fume as President Bolsonaro gets rap for eating hot dogs while COVID-19 cases are on track to pass U.S.

The International Monetary Fund on Wednesday slashed its economic forecast for 2020, saying that the pandemic has caused an unprecedented decline in global activity, as MarketWatch’s Greg Robb reported. The agency cut its global growth forecast for the year to a negative 4.9%, almost 2 percentage points lower than three months ago.

If realized, that’s the worst downturn since the Great Depression, far worse than the financial crisis of 2008-2010. In January, before COVID-19 had spread, the IMF had projected 3.3% global growth this year.

“The COVID-19 pandemic has had a more negative impact on activity in the first half of 2020 than anticipated and the recovery is projected to be more gradual than previously forecast,” the IMF said.

For the U.S., the IMF cut its forecast for 2020 to negative 8%, which is 2.1% lower than in April. Growth is expected to rise to 4.5% in 2021. China is the only major economy still expected to experience growth this year.

The U.S. Securities and Exchange Commission is urging investors to beware of scams linked to the coronavirus pandemic, and to carefully consider claims relating to treatments, therapies and equipment that promise big investor returns.

The virus has attracted bad actors seeking to profit from the worst public health crisis since 1918’s deadly flu outbreak.

“We’ve seen in other periods of crisis that people try to take advantage,” Stephen Peikin, co-director of the SEC’s Division of Enforcement, told MarketWatch in an interview. “We saw it with SARS, with Ebola, with Hurricane Katrina and after 9/11. A lot of individuals want to take advantage of investor concern and interest, and we’ve seen that in spades in connection with this crisis.”

The proliferation of news releases and social-media postings from individuals and companies claiming to have cures, home testing kits or products that guarantee immunity, has already led the agency to temporarily halt trading in the shares of more than 30 companies in an effort to protect investors.

The problem is so widespread that the SEC created a coronavirus steering committee in March led by Peikin and his fellow co-director of enforcement, Stephanie Avakian. The committee is tasked with proactively identifying fraud and coordinating the SEC’s response to ensure it’s consistent across the agency’s operations of more than 1,400 people in 12 offices.

“Steering committees are rare,” said Avakian. “But it’s not just about the pandemic. It was clear by mid-March that we were not just in the midst of a health crisis but also dealing with markets that were highly disrupted and volatile, and for both pieces we have historical precedent to look to.”

The Federal Trade Commission and the Food and Drug Administration have also sent warning letters to private companies over claims relating to the virus.

Elsewhere, companies continued to announce restructuring moves and to raise funds to bolster their liquidity positions.

Here are the latest things companies have said about COVID-19:

• Dish Network Corp. DISH, -1.57% is planning an offering of $1 billion of senior notes, joining the many companies raising funds during the coronavirus pandemic. The pay-TV services company said the notes will be offered to qualified institutional buyers. The company plans to use the proceeds from the offering for general corporate purposes.

• GNC Holdings Inc. GNC, -32.11% filed for bankruptcy late Tuesday, as it expects to accelerate its plan to close at least 800 to 1,200 of its stores. The vitamin and wellness supplements retailer, with about 7,300 stores as of March 31, said its stores will remain open, as the company has secured $130 million in liquidity, including $100 million in debtor-in-possession financing and $30 million from modifications to an existing credit facility. GNC, a majority of its secured lenders and Harbin Pharmaceutical Group Holding Co. Ltd., an affiliate of GNC’s largest shareholder, have reached an agreement in principle for the sale of the company’s business for $760 million, which would be executed through a court-supervised auction.

• GoDaddy Inc. GDDY, -7.00% is implementing a restructuring that will affect 814 employees, as it addresses soft demand for higher-priced do-it-yourself services and continued uncertainties resulting from the pandemic. But given strong demand in its Domains and Websites + Marketing businesses, the internet services company now expects second-quarter revenue to exceed previous guidance of $790 million by about 1%, while the FactSet consensus of $791 million is only 0.1% above guidance. Meanwhile, the company said the employees affected by the restructuring, representing about 11% of the company’s 7,024 employees as of Dec. 31, will either depart the company, relocate or transition to other roles. The company expects to record $15 million in charges as a result of the restructuring, and has determined that certain lease assets with a book value of $58 million are impaired.

• Patterson Cos. Inc. PDCO, +2.46% swung to a loss of $608.6 million, or $6.44 a share, in its fiscal fourth quarter to April 25, after earnings of $27.9 million, or 30 cents a share, in the year-earlier period. Adjusted to exclude restructuring charges, goodwill impairment and other items, the maker of dental and animal health products had EPS of 43 cents, ahead of the 18 cents FactSet consensus. Sales fell to $1.286 billion from $1.437 billion, ahead of the $1.241 billion FactSet consensus. “”Beginning in late-March, COVID-19 considerably disrupted our end markets, impacting our performance for the balance of the year and into the first quarter,” Chief Executive Mark Walchirk said in a statement. The company is not offering guidance for fiscal 2021, given the uncertainty stemming from the pandemic.

• Winnebago Industries Inc. WGO, -7.68%, the recreational vehicle company, reported fiscal third-quarter results that beat expectations by wide margins, helped by a surprise increase in motor-home sales. For the quarter to May 30, the company swung to a loss, as the COVID-19 pandemic led to the suspension of manufacturing and disruptions across its dealer network and supply chain. Excluding nonrecurring items, the adjusted loss per share of 26 cents beat the FactSet loss consensus of 45 cents. Revenue fell 23.9% to $402.5 million, well above the FactSet consensus of $346.1 million. Towable revenue dropped 45.5% to $188.9 million, but beat the FactSet consensus of $180.1 million, while motor home revenue grew 27.1% to $203.6 million, while expectations were for a decline of 5% to $152.2 million.