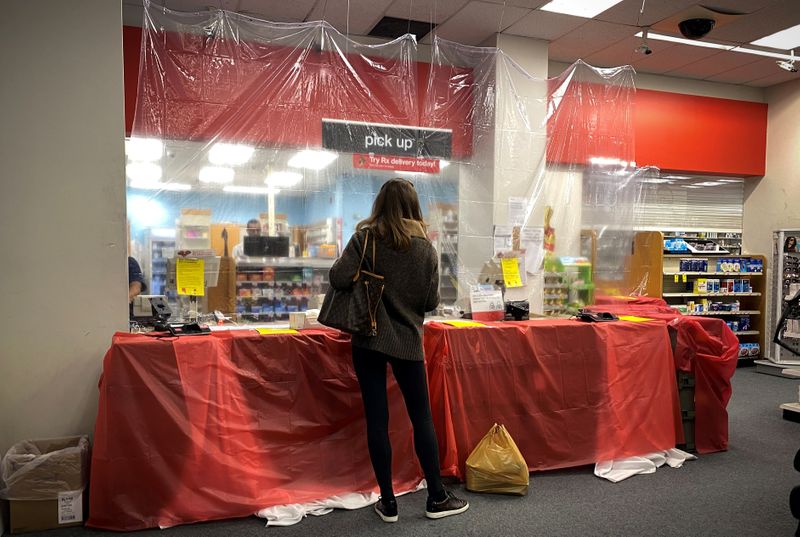 In addition to onsite and pharmacy testing, CVS also will create plans for temperature and symptom checks, seasonal flu vaccines and other immunizations and offer add-on services like contact tracing technology for employees and other services.

The unexpected surge in COVID-19 cases in states in the South and West has increased demand in recent weeks for testing workers on a regular basis, such as every two weeks or every month, said Troy Brennan, chief medical officer of the company, which operates pharmacies, a pharmacy benefit management (PBM) service and the Aetna (NYSE:AET) insurance plan.

“The general perception is that there is not going to be a sustained lull over the course of the summer, and in fact it looks like it is building somewhat, and that is changing people’s views,” Brennan said.

States including Florida, Arizona, and Texas, as well as Georgia, Oklahoma, South Carolina and Utah have all reported an increase in COVID-19 cases and hospitalizations in recent weeks.

The United States has had more than 2.3 million cases and over 120,000 COVID-19 deaths, about a quarter of the world’s total.

States hard hit early in the pandemic, such as New York and New Jersey, have experienced dramatic declines in cases. But many states that reopened before achieving safety metrics or are not requiring mask wearing are seeing record increases. Overall U.S. cases rose 25% last week with 10 states reporting a greater than 50% rise in new infections, according to a Reuters analysis.

CVS, however, is one of the nation’s largest healthcare companies. Between its PBM services and insurance business, CVS serves some of the largest U.S. companies with hundreds of thousands of employees.

The new service, dubbed Return Ready, is open to all companies, not just current customers.

CVS declined to provide details about companies that have already signed up, but said they are in discussions with media companies, financials services, sports leagues and the public sector.

Return Ready is aimed at large employers or smaller ones who self-insure, meaning they pay for employee healthcare costs rather than insurers – and instead pay CVS to manage the tests and other services.

CVS declined to provide pricing for the program. Diagnostic tests can cost more than $100 each.

While the U.S. government has required health insurers to cover COVID-19 diagnostic testing, that coverage is largely restricted to “medically necessary” testing for those with symptoms and does not cover these back-to-work programs.

CVS is not offering tests that detect coronavirus antibodies to show prior infection.

Earlier this year, antibody tests were seen as key to getting the United States back to work, while in Europe some countries have considered related “immunity passports.” But it is not yet known whether the presence of those antibodies confers some level of immunity against future infection or how long any immunity might last.

Healthcare consulting firm Willis Towers Watson (NASDAQ:WLTW) does not advise employers to use antibody tests because of the uncertainty about what they indicate, health management practice leader Jeff Levin-Scherz said in a recent interview.

Even regular diagnostic testing offers no guarantees. If everyone is tested and the tests are completely accurate, workers can still become infected a day after they test negative, he said.

“You still couldn’t assume that your workplace is a bubble and no COVID would come in,” Levin-Scherz said.