Home
Stocks
Capitol Report: Clayton says he’s ‘fully committed’ to SEC, sees ‘no need’ to focus on nomination to be top Manhattan prosecutor
Prev Article Next Article
This post was originally published on this site 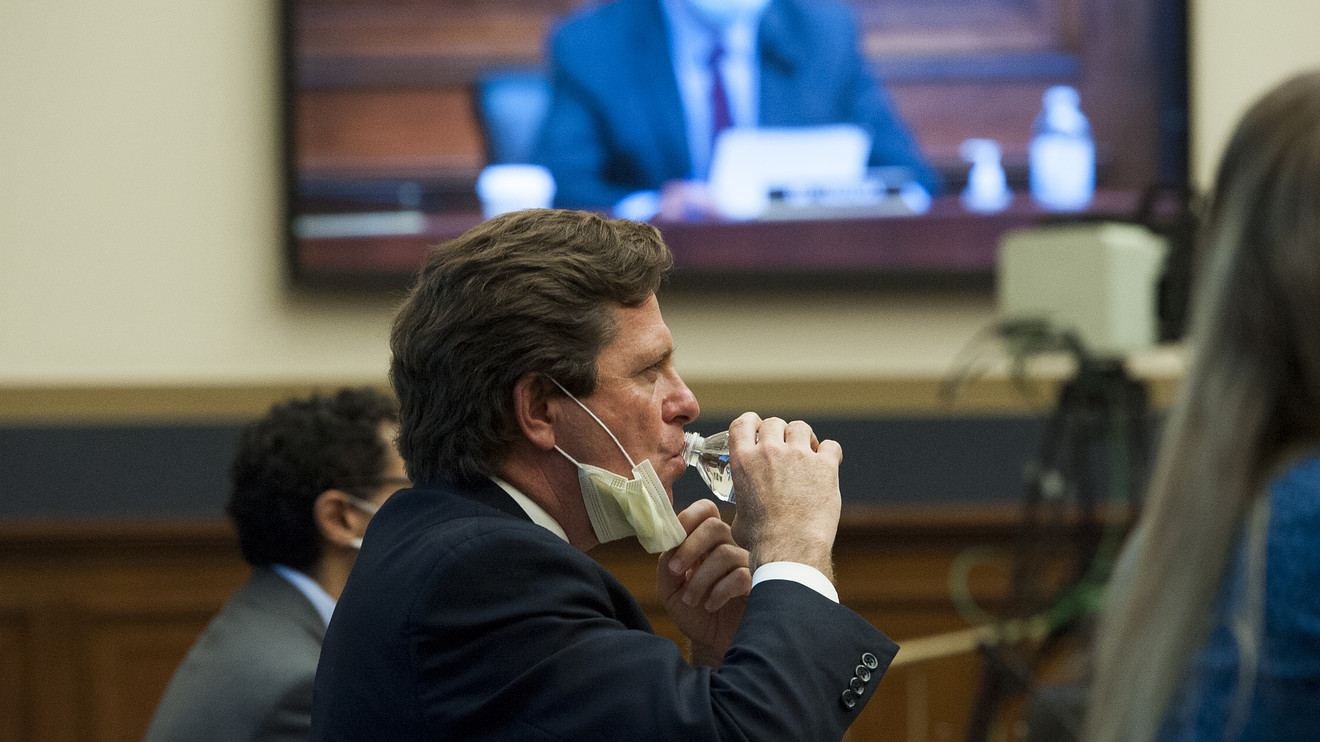 Securities and Exchange Commission Chairman Jay Clayton on Thursday stressed that he was focused on his current job at the regulatory agency, as Democratic lawmakers grilled him over his controversial nomination to serve as the top Manhattan prosecutor.

“As I look at it, there’s no need for me to pay any attention to the nomination at this time. I am fully committed to being the chairman of the SEC,” Clayton said.

His comment came in response to questions from Democratic Rep. Maxine Waters of California, who chairs the House Financial Services Committee. She said she was “deeply concerned” that while his nomination was pending, President Donald Trump and Attorney General William Barr “may try to interfere” with his oversight of the SEC.

“Do you plan to continue serving as chair of the SEC while you await your confirmation?” Waters asked during a hearing run by her committee’s sub-panel for investor protection, entrepreneurship and capital markets.

Clayton had been expected to face tough questions at the hearing from House Democrats after becoming the Trump administration’s nominee for U.S. attorney for the Southern District of New York.

Geoffrey S. Berman stepped down as the top Manhattan prosecutor on Saturday following an assurance that his investigations into allies of Trump wouldn’t be disturbed, capping two days of conflicting statements and allegations of political interference in prosecutions. Critics have been highlighting Clayton’s lack of experience as a prosecutor and the controversy around Berman’s departure.

Analysts have said the SEC’s regulatory work is likely to be hampered by Clayton’s potential exit from the agency, though a big roadblock to his move to the prosecutor job is that New York’s two Democratic U.S. senators have called for him to withdraw from consideration. Republican Sen. Lindsey Graham of South Carolina has indicated that he won’t go ahead with Clayton’s nomination without an OK from those two lawmakers.

Democratic Rep. Brad Sherman of California, who chairs the subcommittee for investor protection, entrepreneurship and capital markets, told Clayton on Thursday that he recommended that the SEC boss withdraw from consideration for the prosecutor job, “especially in light of the fact that Sen. Lindsey Graham has pretty much indicated that you’re with us for the duration.”

“Keeping your name there simply weakens your gravitas with regard to the SEC and doesn’t allow you to reduce your commute,” Sherman said, referring to Clayton’s interest in going back to having a job based in New York rather than Washington, D.C.

Democratic Rep. Carolyn Maloney of New York asked Clayton to commit to recusing himself from all of the Southern District of New York’s current investigations into Trump and his associates, if he’s confirmed by the Senate.

“I have to say the circumstances of Mr. Berman’s firing was very suspicious, and raises a lot of questions about whether the president is interfering in ongoing criminal investigations,” Maloney said. “So I personally think the American public deserves a clear answer on whether you will recuse yourself from these very sensitive investigations into the president and his associates.”

“What I will commit to do, and what I commit to do in my current job, is to approach the job with independence, and to follow all ethical rules,” Clayton said in response.