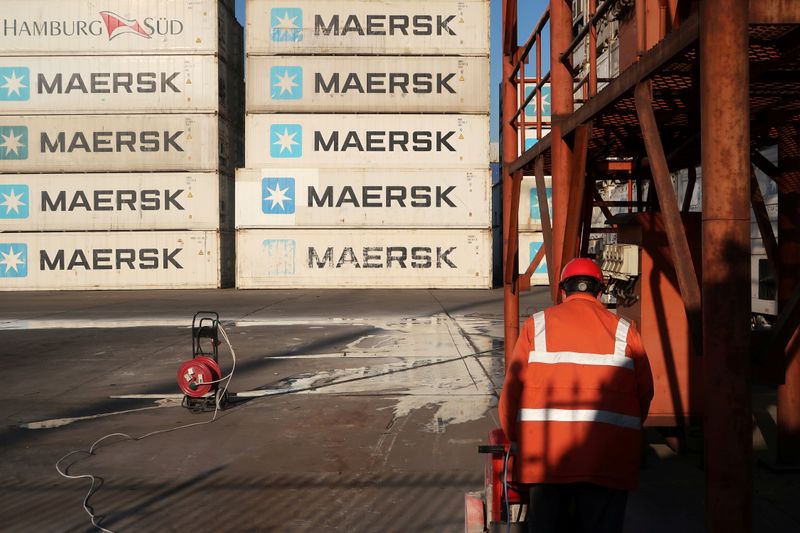 COPENHAGEN (Reuters) – The world’s largest container shipper, A.P. Moller-Maersk (CO:MAERSKB), will team up with industry majors to set up a research center in Denmark with the aim of reducing carbon emissions in the shipping industry.

Denmark’s Maersk, which aims to be carbon-neutral by 2050, said on Thursday the research center would combine knowledge from industry, academia and regulators towards “decarbonizing” the industry by developing carbon-neutral fuel and technologies.

The move would be funded by Maersk’s majority owner, the A.P. Moller Foundation, which has donated 400 million Danish crowns ($60.36 million) towards building the Copenhagen-based research hub set to initially employ 100 people, Maersk said.

Denmark, which has one of the world’s most ambitious climate goals of cutting emissions by 70% by 2030, is home to renewable energy majors like wind farm developer Orsted (CO:ORSTED) and turbine maker Vestas (CO:VWS).

“With this donation, The A. P. Moller Foundation wishes to support the efforts to solve the climate issue in global shipping,” chairman of the foundation’s board, Ane Uggla, said.