Home
Stocks
Trump Today: Trump says economy is ‘roaring back’ as U.S. regains nearly 5 million jobs in June
Prev Article Next Article
This post was originally published on this site 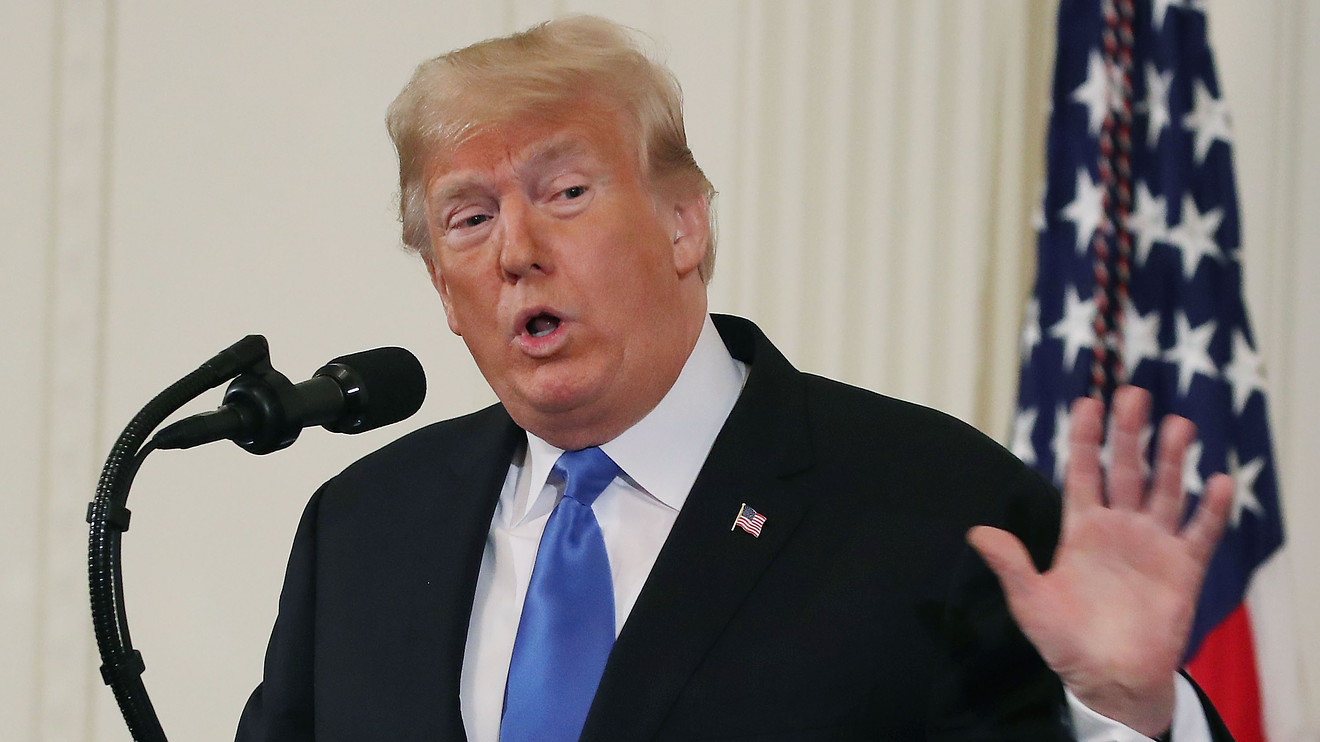 President Donald Trump hailed a stronger-than-forecast jobs report on Thursday, saying the U.S. economy is “roaring back” even as the recovery is under threat from a renewed surge in coronavirus cases.

Addressing reporters at the White House, Trump said the economy was coming back “extremely strong,” after the government reported the return of 4.8 million jobs in June and an unemployment rate falling for the second straight month to 11.1%.

Read:U.S. regains 4.8 million jobs in June and unemployment falls to 11.1%, but rehiring poised to slow

The monthly jobs figure easily exceeded the 3.7 million forecast of economists by MarketWatch. Still, the survey was taken before the latest wave of coronavirus cases erupted, and economists are urging caution. The labor-market data was released Thursday instead of the usual Friday because the Fourth of July holiday is being observed tomorrow.

“While we currently still expect a positive print for July’s payroll figures, it will be much smaller in size,” said Andrew Grantham of CIBC Economics.

The jobs data came as Trump is lagging behind presumptive Democratic presidential nominee Joe Biden in national polls and surveys of battleground-state voters. Though Biden tops Trump in most polls, the president has led Biden on the question of who would be better for the economy.

In a shot at Biden, Trump claimed that “your stock market will drop down to nothing” if a president who wants to raise taxes is elected. The former vice president under President Barack Obama has pledged to reverse many of Trump’s tax cuts.

In a video statement, Biden said he was pleased that the unemployment rate had come down “a bit more.” But, Biden added, the U.S. is still in a “deep, deep job hole” over what he called Trump’s bungled response to the coronavirus.