Home
Market
Shake Shack Drops on Protest-Driven Losses as Dining Rooms Shut Down Again
Prev Article Next Article
This post was originally published on this sitehttps://i-invdn-com.akamaized.net/news/LYNXMPEA7K0JU_M.jpg 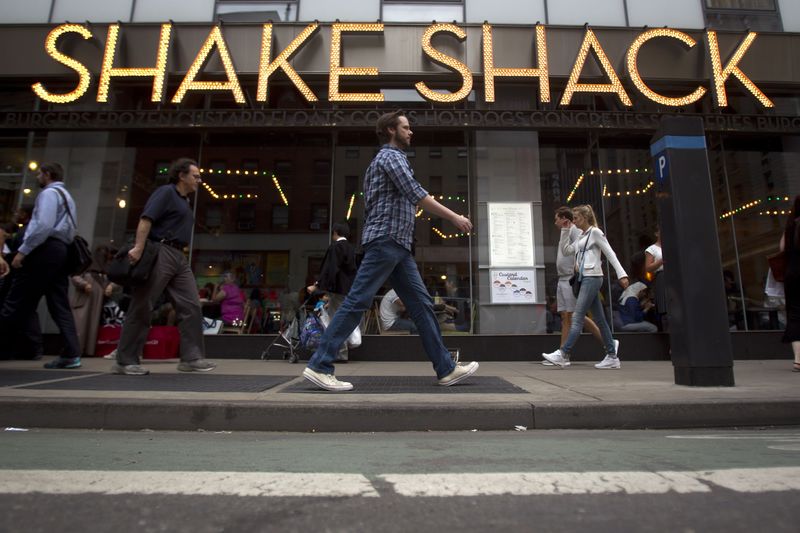 By Christiana Sciaudone
Investing.com — Shake Shack Inc .  (NYSE:). dropped 5% after reporting a $3.2 million loss because of protests and curfews.
Revenue for the second quarter ended June 24 totaled $91.8 million, the company said in a statement. Same-store sales dropped 49% for the quarter compared to a year earlier driven by a 60% decline in traffic. Domestic company-operated stores saw steady sales increases in recent weeks with average weekly sales of $58,000, an 18% increase compared to the week ended April 29.
About 60% of dining rooms had reopened by the end of the quarter but were being shut down again after infection rates rose across the U.S.
Shake Shack opened four new locations in the second quarter, despite the pandemic, in Sacramento, Los Angeles, Charlotte and St. Louis.
Two stores opened in China, and in late June the company announced a deal with Maxim’s Caterers Limited to open at least 15 more Shake Shacks across South China by 2030, for a total of 55 in mainland China. Five are open now.
Shake Shack has one buy rating, one sell and 13 holds, with an average price target of $49.17.