Home
Stocks
In One Chart: Look out below! Warren Buffett just dropped to his lowest ranking ever on the Bloomberg Billionaires Index
Prev Article Next Article
This post was originally published on this site

Warren Buffett, after giving away a $2.9 billion gift this week, has seen his wealth drop below those of Google GOOG, +0.08% GOOGL, +0.09% co-founders Larry Page and Sergey Brin as well as former Microsoft MSFT, +0.25% CEO Steve Ballmer, according to the Bloomberg Billionaires Index.

Read:Almost half of Buffett’s Berkshire Hathaway portfolio is composed of a single stock

Berkshire’s less-than-stellar stock performance this year has also weighed on his ranking: 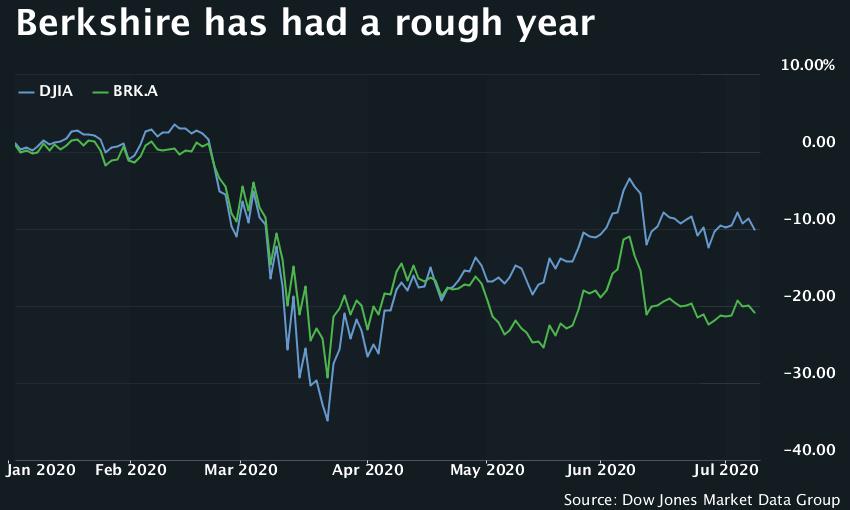 As you can see from the chart below, Amazon’s AMZN, +1.00% Jeff Bezos still owns the top spot, with his net worth soaring $68 billion this year alone. Ballmer’s has increased by $18 billion, as technology executives are well represented on the list. Bernard Arnault, the boss of luxury-goods giant LVMH LVMHF, -0.20%, is the only nontech billionaire placing ahead of Buffett. 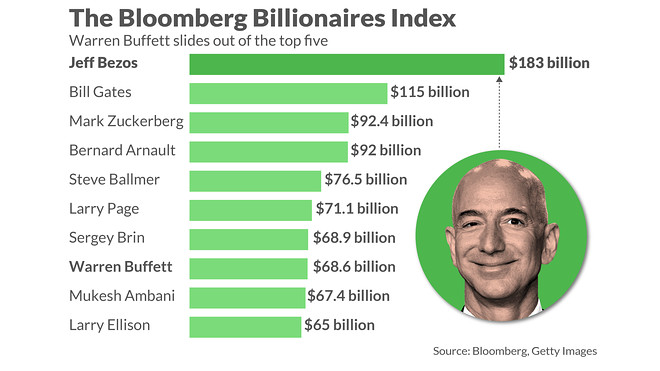 You can’t take it with you, of course, and Buffett has pledged to give away his fortune to charity. He recently told shareholders it will now take 12 to 15 years for his estate to unload all the shares he holds at the time of his death, Bloomberg reported.

At last check, Berkshire shares were being swept lower with the broader market, down more than 1%, while the Dow Jones Industrial Average DJIA, -1.36%, Nasdaq Composite COMP, -0.32% and S&P 500 SPX, -0.98% were deep in red territory in Thursday’s bruising trading session.