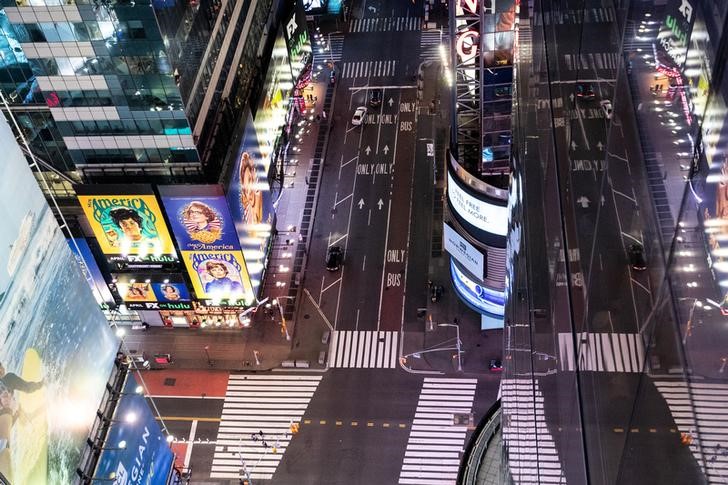 NEW YORK (LPC) – Bank lenders for high-quality US companies are taking different refinancing avenues as they seek to extend maturities on billions of US dollars in loans at a time when the Covid-19 pandemic has made liquidity a top priority.

Corporations that historically kept their credit agreements intact while extending maturities are now making significant changes to the loan documents accepting risk-mitigating concessions on pricing, terms and the loans’ longevity, while others seem exempt from the new requirements.

Gilead Sciences (NASDAQ:GILD), IBM (NYSE:IBM) and Ford Motor (NYSE:F) Co have tapped the market recently, with transactions that have pushed maturities out and ensured their access to capital following company-specific strategies that reflect different lenders’ perceptions of the credits and the changing times.

“Not every company is going through the pandemic the same way because with more volatility there’s more differentiation, so you’re going to have different treatment and receptivity from the banks as a result,” a senior banker said.

As the investment grade loan market grapples with tighter liquidity as a result of revolver drawdowns during the health crisis, lenders are rarely going beyond 364-day tenors for new deals. In the second quarter, investment grade refinancing dropped to a 10-year low of US$139bn, as borrowers largely passed on refinancing their multiyear revolvers. Five-year tenors dropped to 5% of total revolver volume in the second quarter, according to Refinitiv LPC data.

The treatment is going to be dependent on the credit rating, the company’s performance and the sector, bankers agreed.

In late June, A3/A rated Gilead refinanced a US$2.5bn, five-year credit agreement that was set to mature in May 2021. The terms on the facility remained the same with pricing at 87.5bp over Libor, according to Refinitiv LPC data. The proceeds of the loan are for general purposes, according to the data.

The biopharmaceutical company is developing clinical trials of an antiviral Covid-19 treatment called remdesivir. Government support for the drug and the potential for profit likely helped seal the deal with lenders for the first five-year refinancing since the pandemic started.

The fact that Gilead is an important capital markets issuer may have constituted an additional incentive for its bank group to commit to the long maturity during trying times.

Spokespeople at Gilead and Bank of America (NYSE:BAC), the administrative agent on the prior credit facility, declined to comment.

B+/Ba2 rated Ford, which lost its investment grade status in March due to the outbreak’s economic fallout, is on the opposite side of the spectrum as it seeks to extend maturities on US$5.35bn in existing loans.

After pulling its refinancing plans for US$15.4bn in loans earlier this year, the B+/Ba2 rated automaker is currently in market looking to extend a more modestly-sized amount.

The lenders who agree to the extensions will receive a 40bp fee, which shows the large incentive the company had to offer to have banks stick with the company, which saw a 33.3% drop in US sales in the second quarter.

“We’re all hoping for a better tomorrow,” said Robert Danziger, managing director of debt capital markets at MUFG. “Companies are positioning themselves to address immediate, short term liquidity needs now. In this way, rather than breaking a lot of relationship glass, they can wait for things to improve further in the bank market (hopefully in the not too distant future) and they can go back to pushing out tenors and refining pricing.”