Home
Stocks
The Tell: Auto icon Bob Lutz once predicted Tesla was headed to the ‘graveyard’ — 430% later, he’s not so sure
Prev Article Next Article
This post was originally published on this site

Bob Lutz, the blunt-talking former vice chairman of General Motors GM, +4.32% , said almost two years ago that Tesla was “headed for the graveyard.” Then, earlier this year when the stock was trading at about half where it is right now, he described the rally as “almost a mass psychosis.” 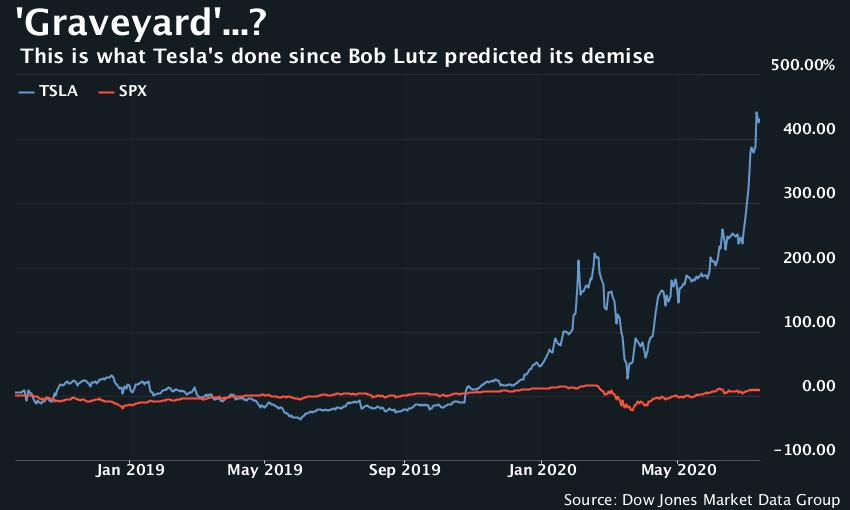 He’s not the hater he once was, but he still has his doubts:

That’s Lutz, after years of beating up Elon Musk and Tesla TSLA, -0.90%, explaining to CNBC this week how he’s warming up to the company but not without hesitation.

“Tesla is not a very profitable company that creates a decent return for shareholders,” he continued. “It is always struggling for profitability, yet it has a huge market cap.”

While Lutz did acknowledge Tesla has “very good technology” and Musk has done a “brilliant job,” he pointed out that the other car behemoths have made similar advances that stack up well.