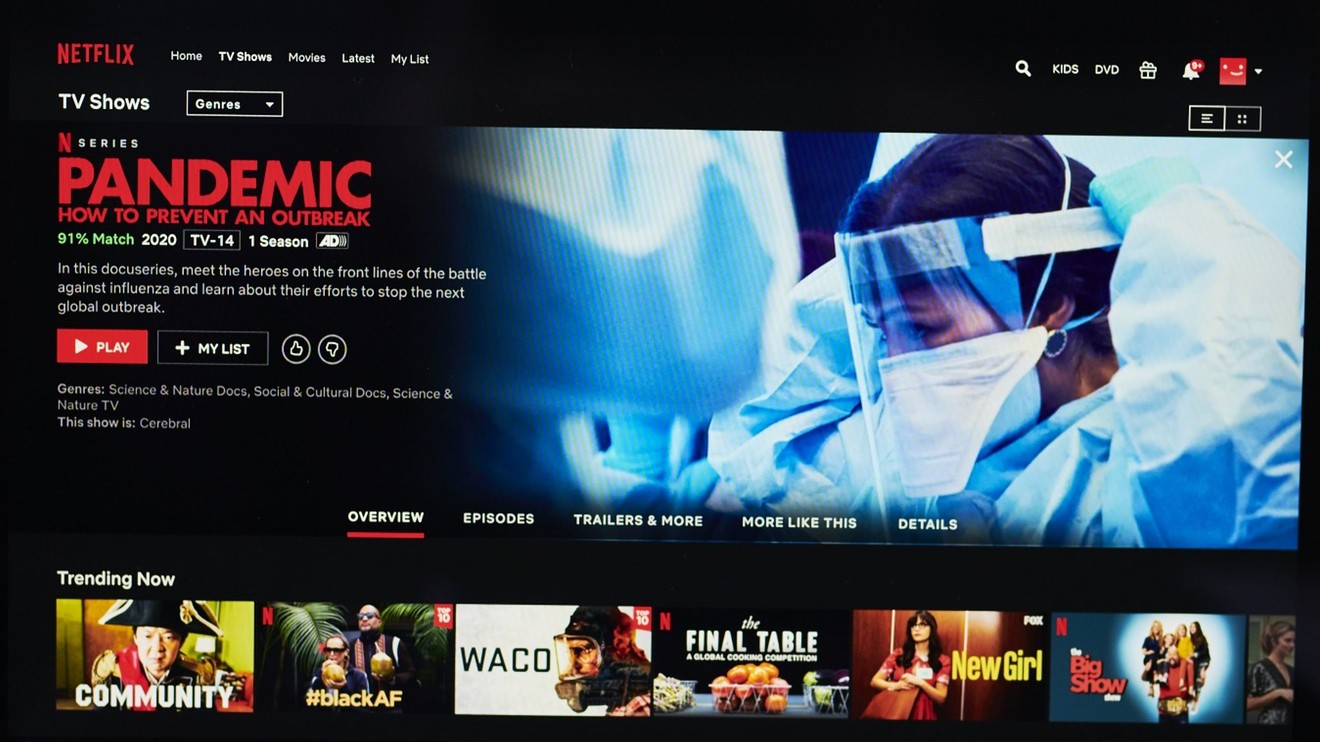 Traders of Netflix Inc. stock options are prepared for a big move on Friday, in reaction to the streaming video giant’s much anticipated earnings report.

Netflix’s stock NFLX, -3.09% has been on a roll this year, as many see the company as a beneficiary of stay-at-home and other lockdown measures put in place to combat the COVID-19 pandemic. Investors get a peek into how much the company has actually benefited when it reports second-quarter results after Thursday’s closing bell.

Analysts surveyed by FactSet are expecting a profit of $1.82 a share, on average, on revenue of $6.09 billion and paid net subscriber additions of 8.22 million.

Don’t miss: Netflix pulled off a showstopper early in the pandemic, but will the sequel deserve the price?

One way to gauge expectations on how much a stock is expected to move in reaction to earnings is through an options strategy known as a straddle, which involves the simultaneous purchase of one bullish (calls) and bearish (puts) options with strikes around current, or “at-the-money” prices, that expire at the end of the week.

Straddles are pure volatility plays and not directional, as buyers are looking to make money if the stock moves more than expected, in either direction. Options market makers use historical and implied volatilities to price straddles. Betting on them is similar to betting on over-under lines for a score to a game, rather than betting on a winner or loser of the game.

As of Thursday morning, Netflix options implied a 12.8% move in either direction on Friday, according to Garrett DeSimone, head quant at OptionMetrics.

“The large premium in options is likely fueled by recent euphoria for the tech sector and momentum, much of which is driven by the retail trade,” DeSimone said.