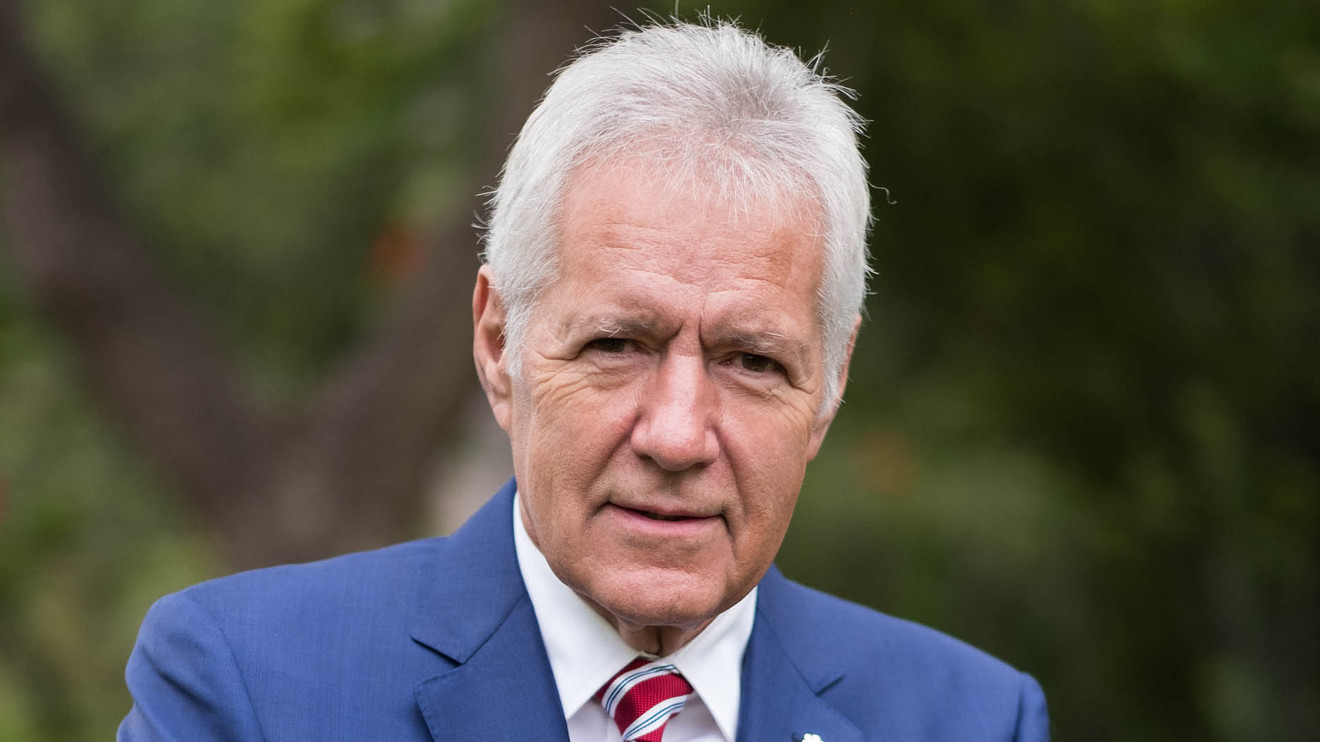 This beloved game show host swears a lot, loves sipping skim milk (and chardonnay when he’s feeling frisky), and he’s the subject of three books coming out this year.

Who is “Jeopardy’s” Alex Trebek?

The quiz show emcee who’s been struggling with advanced pancreatic cancer for the last 16 months is releasing his first-ever memoir next Tuesday, “The Answer Is … Reflections on My Life,” which the ViacomCBS-owned VIAC, -1.21% Simon & Schuster is dropping the day before Trebek’s 80th birthday.

And it’s just one of three tomes highlighting the quiz show and its host of more than three decades (and more than 8,000 episodes) being published this year. There also is an unauthorized biography by independent journalist Lisa Rogak landing on July 21, as well as a text chronicling the history of the game show produced by Sony SNE, -0.93% that’s expected to hit shelves this fall.

Trebek, whose prognosis sadly has worsened after he initially responded well to treatment, tells the New York Times in a new interview that this book may be his last chance to define his legacy on his terms. “I want you to hear it from me,” he said. The two-year survival rate for this type of cancer diagnosis is 7%.

Related:Alex Trebek’s pancreatic cancer diagnosis: everything you need to know

And he freely admits that his book deal netted “a good deal of money,” adding that it “wasn’t John Bolton-type money,” as the latter’s White House tell-all pulled in a $2 million advance.

Trebek, who reportedly makes $10 million a year filming “Jeopardy,” plans to donate the windfall from his memoir deal to charity.

The Times got an early look at the book. Here are highlights from the memoir, as well as an update on Trebek’s health and his retirement plans. Check out 5 things Trebek fans might not have known about the beloved “Jeopardy” host.

1. His treatment has been even more painful than he let on.

Trebek has been candid about the wringer that his cancer treatment has put him through in periodic videos to fans that have been shared on Facebook FB, +0.45% and Twitter TWTR, +1.50%, including “sudden, massive attacks of depression.” His latest interview gets even more real, however, revealing that he woke up in such agony a few weeks ago that he had to drag himself out of bed to tape new introductions to old “Jeopardy” episodes that will be aired while the pandemic halts production of new ones.

“Yesterday morning my wife came to me and said, ‘How are you feeling?’ And I said, ‘I feel like I want to die.’ It was that bad,” he told the Times. “There comes a time where you have to make a decision as to whether you want to continue with such a low quality of life, or whether you want to just ease yourself into the next level. It doesn’t bother me in the least.”

If his current course of cancer treatment doesn’t prove to be effective, he plans to stop treatment, he said.

2. But he’s a fighter who has already overcome several medical scares.

During the course of Trebek’s 36-year “Jeopardy” career, he’s survived a car crash, two heart attacks and brain surgery for blood clots. He even called the brain surgery a “slight medical problem” in a 2018 YouTube GOOG, -0.16% video address to fans, assuring them at the time that he would be back in the studio “very, very soon.”

He finds that his work, his family and his fans give him purpose. “Oddly enough, when we started taping I suddenly started to regain my strength,” he said, referring to that recent particularly painful morning. “It’s the strangest thing. It is some kind of an elixir.”

“Jeopardy” announcer Johnny Gilbert also told the Times that, “Once I introduce him on that stage, he is Alex Trebek. You can tell that that’s what he’s living for.”

3. This is what would spur him to retire, however.

Trebek said that he’ll keep making the show for as long as he can, but he does fear that his performance is declining. He worries that he’s slurring his words and making mistakes while reading contestants the clues. “It’s a quality program, and I think I do a good job hosting it,” he said, “and when I start slipping, I’ll stop hosting.”

While there’s no shocking revelations or scandals in his new memoir, there’s plenty of colorful anecdotes from the Canadian immigrant’s youth. Turns out, Trebek swears — a lot. He was almost expelled from boarding school as a boy, and was known as a class clown and daredevil who would pick fights with bullies. Once, he fell through the ice of a frozen river after jumping off of a balcony with a makeshift parachute. He dropped out of military college. Trebek also reveals that he “accidentally” ate four or five pot brownies during a Malibu party in the 1970s. He woke up at the host’s house three days later.

5. Trebek has some very particular tastes.

Trebek’s favorite animal is the musk ox. His go-to drink is low-fat milk — or chardonnay when he’s feeling more “frisky.” The Times also calls him an arbiter of truth, especially during this divisive era of “fake news” and “alternative facts.”