Home
Stocks
: Ant Group says it’s shooting for a record-breaking $30 billion IPO by October
Prev Article Next Article
This post was originally published on this site 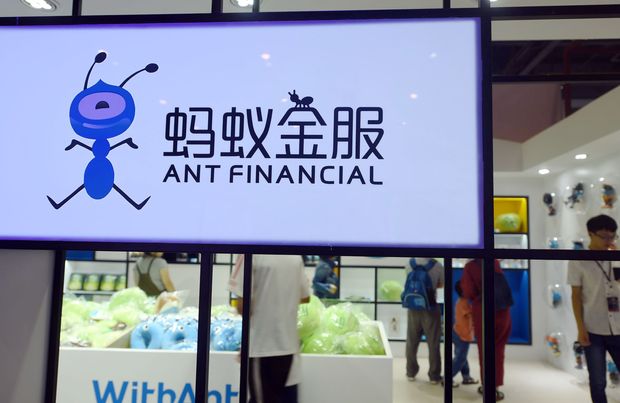 Ant is valued at roughly $200 billion, and will aim to sell 10% of its shares on Shanghai’s Nasdaq-like STAR board and 5% on the Hong Kong Stock Exchange, sources told Caixin, one of China’s most reputable and independent financial publications.

“[The listing process] will surely be fast,” a source close to the IPO underwriters was quoted as saying. “The offering will probably take place in September or October.”

Ant affiliate Alibaba BABA, +2.75%, founded by Jack Ma, had held the record for largest IPO for years until Saudi Aramco 2222, +0.15% shattered it in December, raising $26 billion. If successful, the Ant offering would not only break that record but would become a crowning achievement in Beijing’s ongoing attempt to lure Chinese tech companies back home to domestic exchanges — a goal that has only become more acute amid increasing U.S.-China tensions.

Ant’s success has been due in large part to the massive adoption in China of its mobile-payment platform Alipay. The platform now commands a 55% share of the country’s mobile-payment market, versus rival WeChat Pay’s 39%, according to iResearch.

Ant, in comparison with WeChat, has also expanded into a more extensive range of financial services, such as consumer lending, credit ratings and insurance. And it also runs one of the world’s biggest money-market funds, Tianhong Yu’e Bao, in which nearly half of China’s population has some form of investment.

The listing also marks a milestone for Shanghai’s year-old STAR market, which Beijing has worked to shape into a Chinese Nasdaq. In fact, the tech board has surged to become one of 2020’s most lucrative IPO arenas — with its listings raising more than double the funds raised by the Shanghai exchange’s main board. The STAR’s aggregate $19 billion in IPOs this year trails only the $29 billion brought in each by the New York Stock Exchange and the Nasdaq, according to Bloomberg data.

Thus, the estimated $20 billion portion of Ant’s anticipated dual listing raised via the STAR market could make this year’s top IPO forum not a New York or even a Hong Kong exchange, but rather a still-nascent board within the Shanghai bourse.

And beyond its initial listings, the STAR market’s gains this year have been eye-catching. It finally rolled out a benchmark index last week, the STAR 50, which tracks its large caps. The rollout showed a roughly 50% gain so far this year — more than double that of the Nasdaq 100 NDX, +1.36% QIV, +1.21%.

A cloud hanging over Ant’s IPO is the recent news that China’s antitrust watchdog is considering an investigation into both Alipay and WeChat Pay. The State Council’s antitrust regulator has been gathering information on both players for more than a month, Reuters reported Friday, seeking to determine if the two have used their leading positions to block competition.