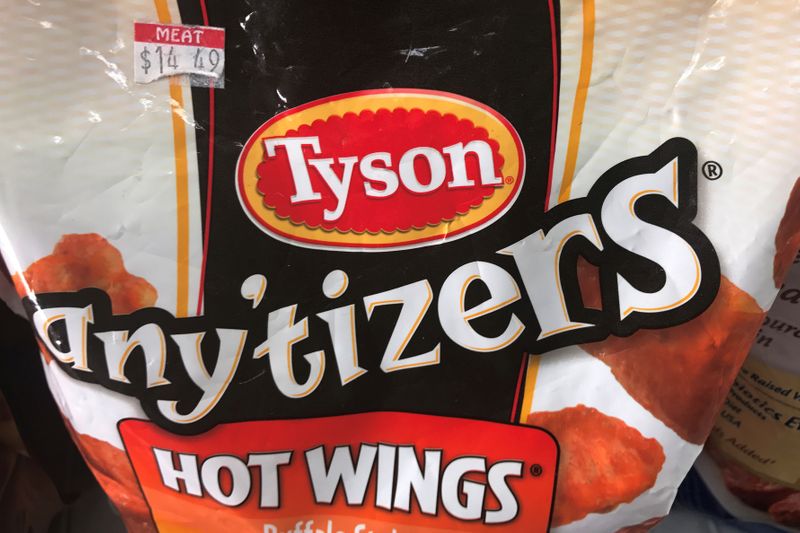 The novel coronavirus has infected thousands of employees at U.S. meatpacking plants and slowed production as companies like Tyson temporarily shut slaughterhouses in April and May. Plants have reopened, but absences among workers who are afraid of getting sick pose an ongoing challenge to an industry struggling to restore normal meat output.

Tyson Foods, in an earnings report covering its fiscal third quarter, said it expects the pandemic will increase operating costs and hinder sales volumes into next year.

Increased sales of meat at grocery stores during the outbreak have not been enough to offset reduced demand at restaurants and food-service outlets, according to Tyson. As a result, the company predicted its chicken and prepared foods segments will suffer decreases in sales volumes in the last quarter of fiscal 2020.

Tyson’s sales fell to $10.02 billion from $10.89 billion in the quarter ended June 27. Analysts expected revenue of $10.56 billion, according to IBES data from Refinitiv.

Tyson said it incurred about $340 million in direct costs related to COVID-19, including expenses for plant disruptions, employee testing and personal protective equipment.

“Within each of our segments, we absorbed higher-than-normal operating costs related to COVID-19,” outgoing CEO Noel White said.

Tyson reported adjusted operating margins of 17.4% for its beef business, up from 6.5% a year earlier. The U.S. Agriculture Department is investigating possible anti-competitive behavior among beef processors after cattle prices dropped and beef prices jumped during lockdowns.

Banks, a former project lead at Google-parent Alphabet Inc’s (O:GOOGL) experimental research division, will take over from White in October. White will assume the role of executive vice chairman. The company said the change in CEOs was part of its board’s long-term succession planning.