Home
Stocks
More than 30 states have distributed an extra $300 in unemployment benefits — but how long will that last?
Prev Article Next Article
This post was originally published on this site 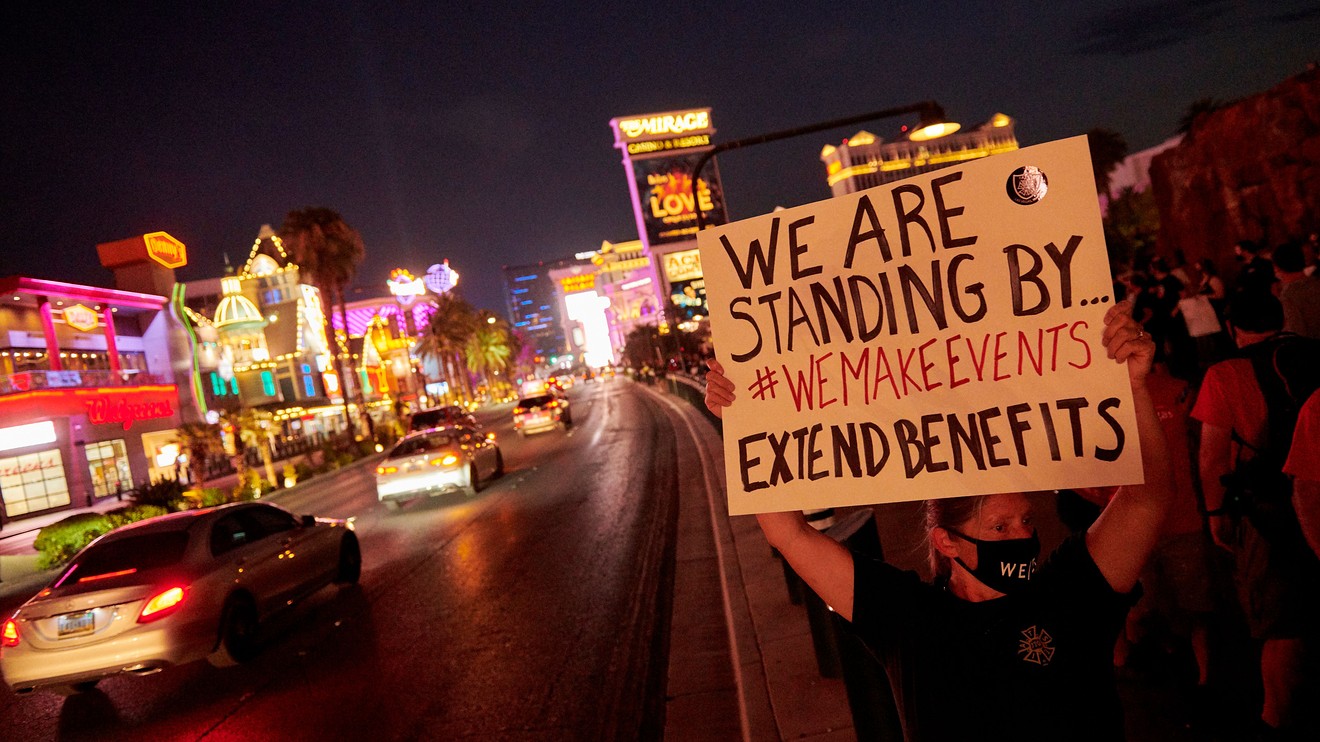 More than 30 states have been approved by the Federal Emergency Management Agency to start distributing an extra $300 a week in weekly unemployment benefits.

The $300 federal add-on results from executive actions taken by President Donald Trump this month in the form of three memos and one executive order signed at his golf club in Bedminster, N.J. The executive actions happened after Congress failed to replace the $600-a-week unemployment benefit set forth in the CARES Act, which expired at the end of July, when negotiations broke down over a next-phase coronavirus relief package.

The source of that extra $300 is a $44 billion Disaster Relief Fund set aside for FEMA. States are guaranteed a minimum of three weeks worth of funding for the add-on benefit, which is retroactive starting the week of Aug.1. The deadline to apply through FEMA is Sept. 10. So far the only state that has indicated it won’t be applying is South Dakota.

But here’s one major setback to that $300 in extra help: The add-on benefit is set to expire at the end of December, but funds are likely to dry up in a matter of weeks, absent of any legislative action.

“ The add-on benefit is set to expire at the end of December, but funds are likely to dry up in a matter of weeks, absent of any legislative action. ”

More specifically, the Committee for a Responsible Federal Budget, a nonpartisan think-tank, estimates the funds won’t last more than five weeks, and hence would dry up by Aug. 29.

Before the $600 enhanced unemployment benefit expired, the federal government distributed an average of $16.6 billion a week, according to data the Department of Labor provided to The Wall Street Journal.

However, roughly speaking, since the benefits are now half that amount, the government is expected to distribute $8.3 billion a week. At that rate, the $44 billion fund would be exhausted in less than six weeks, a senior Labor Department official confirmed with the Journal.

So far only two states — Arizona and Texas — have started to distribute the add-on benefit, as of Wednesday. Both states voted for Trump in 2016, and Arizona is viewed as a key swing state in this year’s presidential election.

Meanwhile, unemployed Alaskans who are eligible are unlikely to receive those funds for another six to eight weeks due to a computer reprogramming lag, Cathy Muñoz, Deputy Commissioner at Alaska’s Department of Labor and Workforce Development, said.

FEMA and the Department of Labor did not respond to MarketWatch’s request for a comment regarding whether unemployment claimants in Arizona and Texas will receive the $300 add-on benefits for more weeks than claimants in states like Alaska.

Collectively, the two states have distributed more than $500 million in unemployment benefits as of Monday, according to data provided to MarketWatch.

Furthermore, if $25 billion of the funds being allocated for unemployment benefits are used up before then for emergency weather-related aid, the program will terminate.

“There’s lots of different ongoing activities that are supported by the Disaster Relief Fund. It’s too soon to tell how that would play out, but that’s the way the program is structured,” said Keith Turi, Assistant Administrator of Recovery at FEMA.

“There’s a limited amount of funding that’s available for the program, and we’ll be looking to use it as efficiently and effectively as possible.”