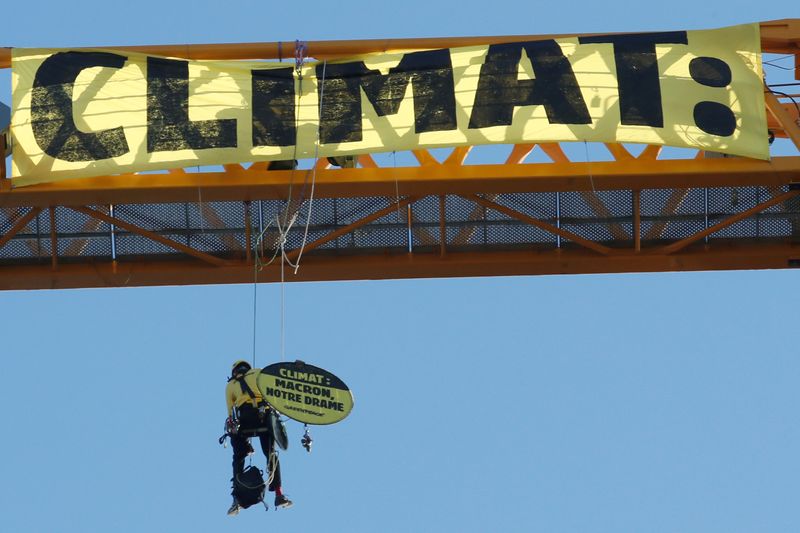 BRUSSELS (Reuters) – Most industries covered by the European Union’s carbon market would see free credits cut by the highest possible rate over the next five years under draft plans, potentially costing some of the biggest polluters millions of euros.

The carbon market is the EU’s main policy for cutting greenhouse gas emissions, by forcing power plants and factories to buy credits to cover their emissions.

These credits are trading near record highs as speculators have bought into the idea that tougher EU climate targets will boost demand, while analysts predict further rises.

Although industry gets some free credits, to help avoid “carbon leakage”, when companies relocate outside the EU to avoid carbon costs, the bloc has agreed to reduce them over the next decade to curb pollution and meet climate goals.

Of 52 industrial products deemed to be at risk of “carbon leakage”, 43 will face the maximum possible reduction in the benchmark which determines their free credits over the next five years, a European Commission draft seen by Reuters shows.

Those sectors would receive 24% fewer free credits on average over the period 2021-2025, per tonne of product produced, compared with the amount they would currently get.

Industries whose free credit benchmarks would be cut at the maximum rate include producers of refinery products, coke, iron casting, lime, ammonia, and pulp and paper products.

Other sectors would face smaller curbs. Free credits for primary aluminium and hot metal used in steelmaking would be cut by 3% over 2021-2025, the minimum possible reduction rate.

The draft numbers are subject to change before the Commission publishes the final list by the end of the year.

The Commission said it does not comment on drafts.

Carbon credit handouts are determined using the Commission’s benchmarks and historical production data. The draft document outlines for the first time the Commission’s estimates of the new benchmarks, based on data collected from industry.

New rules taking effect from 2021 will also ensure free credits are more closely tied to production levels, allowing the EU to further adjust handouts if industrial output drops or increases by more than 15% compared with the previous two years.

Such an adjustment could be triggered by the dip in economic activity during the coronavirus crisis.

The impact industry makes on the climate faces increased policymaker scrutiny, as the EU attempts to steer sectors towards its “Green Deal” goal of net zero emissions by 2050.

The Commission will put forward proposals to apply carbon costs to polluting imports next year, to shield EU firms from being undercut by countries with weaker climate policies.