Home
Stocks
Market Extra: A Tesla triple-leveraged fund is finally having a day in the sun, soaring 40%
Prev Article Next Article
This post was originally published on this site 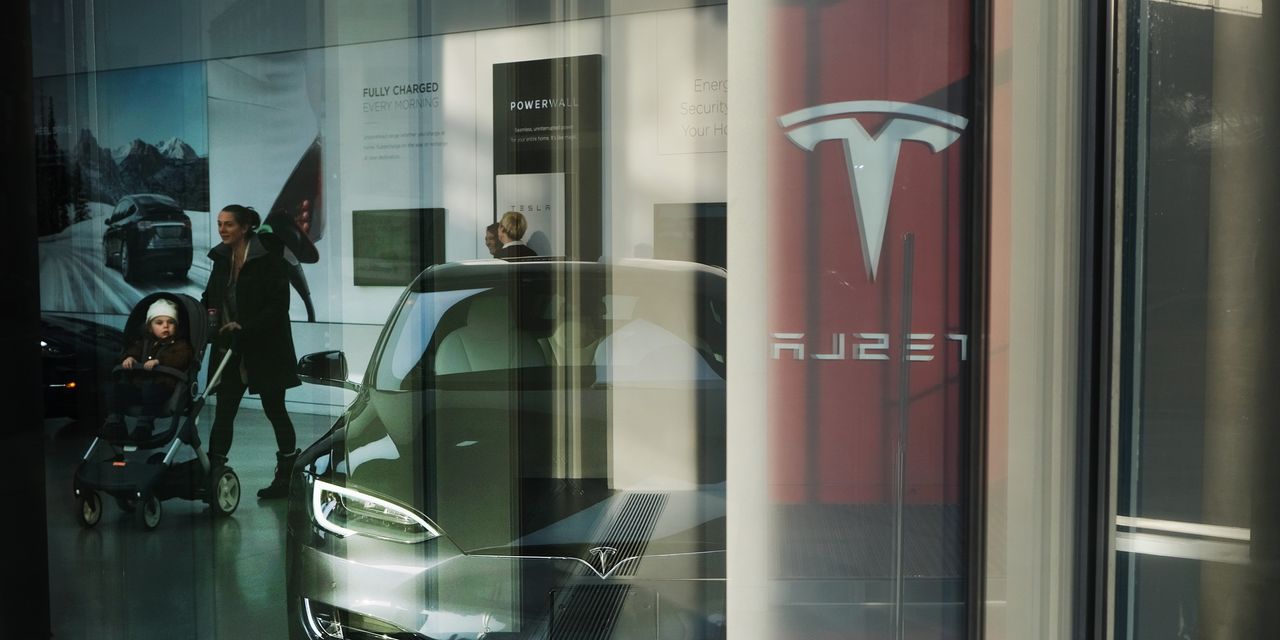 An exchange-traded product listed in London is finally doing exactly what its risk-seeking investors hoped it would do when its was launched in July: help them profit from a big drop in shares of high-flying electric-vehicle maker Tesla Inc TSLA, -5.82%.

Fund provider GraniteShares rolled out its 3X Short Tesla Daily Exchange-Traded Product, which was a part of a basket of single-stock ETPs that were intended to whet investors appetite for bullish and bearish risk taking on Wall Street, as large-capitalization technology-related stocks helped to power an historic rebound for the broader market from its coronavirus pandemic lows.

The Tesla short, which is listed on the London Stock Exchange, jumped 40.5% on Wednesday afternoon. It is listed in London because U.S. regulatory rules frowned at the notion of a leverage single-stock ETP products, William Rhind CEO and founder of Granite Shares told MarketWatch in a Tuesday interview. “It’s complicated.”

On Tuesday, the short-Tesla ETP saw 2.8 million shares trade hands in a flurry of activity as the stock sank 4.7%. On Wednesday, about 700,000 Tesla shares changed hands, as the underlying stock sold off by at least 10% at the peak, with that drop for the Elon Musk-run company meeting the commonly used criteria for an asset-price correction.

To be sure, the triple-leveraged ETF has also experienced withering losses to this point, and is down 80.5% in the past 30-day period, according to FactSet data.

Tesla’s stock, which recently completed a 5-for-1 stock split, consummated on Monday, has been one of the hardest charging stocks of the pandemic era. Tesla’s shares are up 430% so far this year as investors perceive the stock as a bet on the future of the growing electric-vehicle industry or as an investment that may be more resilient to the turbulence in the market inspired partly by the COVID-19 pandemic.

Bearish investors, however, like ones who might buy the triple-leverage, vehicle to short, or bet on falls in value of Tesla’s shares, have pointed out that there is little justification for the precipitous rise of the company which offers no dividend and which has a price-to-earnings ratio–a common measure of a stock’s value–of 1,153, according to FactSet data.

GraniteShares also offers a Graniteshares 3X Long Tesla Daily ETP that also trades on the LSE. It was down 22% on Wednesday but has enjoyed a nearly 200% increase over the past 30-day period.

In fact, the Tesla offering of a long and short ETPs was a part of a broader basket of offerings from GraniteShares that included some of the buzziest technology-related names: Facebook FB, +2.39%, Amazon.com AMZN, +0.92%, Netflix NFLX, -0.66%, Apple AAPL, -2.07% and and Uber Technologies UBER, +0.20% to name a few.

GraniteShares says it offered the risky bets on the market because it provides investors a low-cost chance to take a position in those companies. For example, the triple-leverage short ETP finished Wednesday trade at 19 cents and a share of the triple-long ETF is $38.50.

To be certain, GraniteShares isn’t the only fund provider touting leveraged, single-stock ETPs but the leverage on its products might be the most extreme in terms of Tesla.

Fund provider Leverage Shares offers 1x and 2x leveraged Tesla ETP. Those funds launched in June. “Given the heightened interest in short & leveraged offerings in the current volatile environment, we offer these leveraged and inverse ETPs as a safer alternative to trading contract for differences (CFDs) or buying on margin,” Raj Sheth, director solutions at Leverage Shares, was quoted as saying by ETF Stream.

It’s important to note that ETPs aren’t like plain vanilla exchange-traded funds, which attempt to mimic an index. Complex, leveraged ETPs like those for GraniteShares and Leverage Shares represent only a sliver of the multi-trillion dollar ETP market but they also have inherent risks of losing a lot of money.