Home
Stocks
Cannabis Watch: Aurora Cannabis stock slides 9% on news of up to $1.4 billion goodwill impairment charge
Prev Article Next Article
This post was originally published on this site 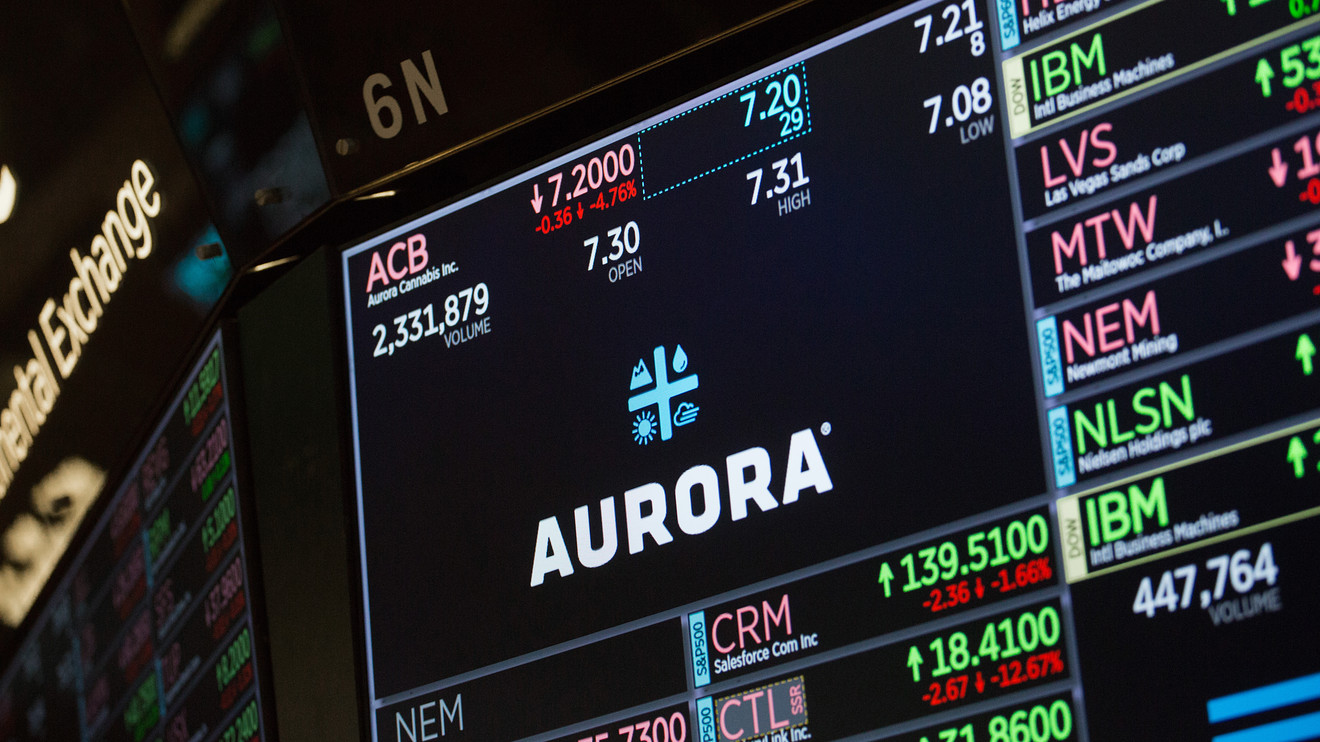 Aurora Cannabis Inc.’s stock tumbled 9% Tuesday, after the Canadian company said it’s recording up to C$1.8 billion ($1.4 billion) of goodwill impairment charges on some of its past acquisitions.

Aurora ACB, -11.63% ACB, -10.61% had the most accumulated non-cash value on its balance sheet of the major cannabis companies, as MarketWatch reported in August of 2019. Like its rivals, Aurora made a series of acquisitions in the early days of the cannabis and was expected to have to write down goodwill — the amount allocated to certain acquisitions beyond the value of their physical assets — at some point.

The company is also taking fixed asset impairment charges of up to C$90 million, and is writing down up to $140 million on certain inventory, mostly trim, to better align it with near-term demand expectations.

The company expects to book a USD$30 million charge to terminate a contract with mixed-martial arts company UFC in the first quarter of 2021. The companies had joined forces to advance clinical research on CBD products and athletes wellness. That deal was announced last summer with some fanfare and was intended to last eight years. Since that time, then CEO Terry Booth has left and UFC canceled events at the start of the pandemic.

Beset by losses, the company announced a business transformation plan back in February, that included Booth’s departure, job cuts and writedowns.

Aurora is amending credit agreements and now expects to generate positive adjusted EBITDA in the second quarter of fiscal 2021. It is continuing to cut costs as part of a transformation plan and expects fiscal fourth-quarter revenue to range from C$70 million to C$72 million, compared with a FactSet consensus of C$77 million.

The company has named Miguel Martin chief executive with immediate effect, replacing Interim CEO Michael Singer who will remain executive chairman. Martin is a former CEO of CBD company Reliva, who assumed the role of chief commercial officer of Aurora in July. Before that, the executive was president of Logic Technology, a maker of e-cigarettes. He has also done stints at Altria Inc. MO, -0.96%

Jefferies analyst Owen Bennett said the fact that Martin was promoted to CCO in July and now CEO in September “would suggest limited availability of suitable (or indeed interested) parties externally. To this, there were arguably more expectations with ACB given the role of Nelson Peltz as a strategic adviser,” he wrote in a note to clients.

While Marin should be judged on results, his résumé does not speak to strong experience in building international brands across a range of distribution channels, Bennett wrote.

“At MO, where he led the sales organization, competitive dynamics are minimal due to the desire for rational pricing and the oligopoly, while MO’s dominant share/retailer incentive programs also support,” said the note.

“At Logic, where he was GM, he played a key role in growing national brand recognition (ultimately being bought by big tobacco), although market share after he joined in 2013 was pressured as competition picked up. At Reliva, where he was CEO, this has clearly been very successful, yet distribution, like tobacco/vapor, is very focused on gas stations/convenience stores. Further, all these prior roles have been US only,” Bennett wrote. The analyst rates Aurora as underperform with a C$14 price target that is above its current price of about C$10.

See: Inside the Aurora Cannabis move into the U.S. CBD market

Glenn Matson, analyst at Ladenburg Thalmann downgraded the stock to neutral from buy on the news and pulled his price target. The company has enough cash on hand to reduce debt if need to meet covenant requirement on a debt to equity basis, he wrote, “however, we are less confident it can meet its profitability targets.”

Overall, Aurora has moved past its most dire period in terms of liquidity through the transformation plan, but the pace of the turnaround is slower than expected, he wrote.

“We expect ACB should emerge to benefit from a Canadian market post consolidation though we wait for further evidence of progress on both a company level and across the market before we grow more constructive,” he wrote.