Home
Stocks
: Trump added about $3.9 trillion to deficits so far, budget group says
Prev Article Next Article
This post was originally published on this site 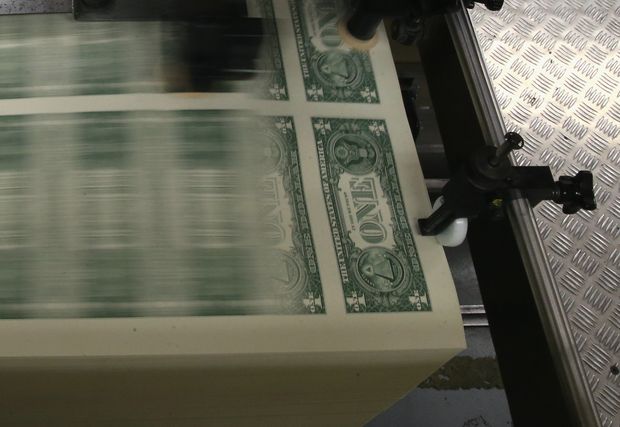 WASHINGTON, DC – MARCH 24: Sheets of one dollar bills run through the printing press at the Bureau of Engraving and Printing on March 24, 2015, in Washington. (Photo by Mark Wilson/Getty Images)

These costs do not include the spending on containing the coronavirus pandemic approved by Congress this year.

The Committee for a Responsible Federal Budget estimated that the policies Trump campaigned on in 2016 and then pushed while in office will add $3.9 trillion to the fiscal deficit through 2026. The estimate excludes costs to deal with the coronavirus which it said were unforeseen.

The bulk of the cost comes from three culprits, the group said: the 2017 tax overhaul, higher military and veterans outlays, and two agreements reached with Congress to put spending over and above caps on annual government outlays.

The report did have something of a silver lining for deficit hawks: the $3.9 trillion figure was actually less than than the price tag the group calculated for Trump’s campaign promises made in 2016. That estimate was $4.6 trillion.

“Actual tax cuts signed into law by the President have cost $2.3 trillion by our estimates, about half as much as we estimated his campaign agenda would cost,” the group said, noting the final version of the 2017 tax revamp had higher top personal rates and corporate tax rates than promised and only reduced instead of eliminated the alternative minimum and estate taxes.

The annual budget deficit neared $1 trillion in 2019 and recently the Congressional Budget Office said it expected the 2020 deficit to come in at about $3.3 trillion, a record dollar amount, due to several COVID-19-related aid bills.

Measured in proportion to the size of the economy, though, a yardstick many economists say better illustrates the debt burden, the 2020 deficit will be the fourth largest, after the last three years of World War II.

In an interview on Fox News Wednesday, Kayleigh McEnany, the White House press secretary, said tackling the budget deficit would be a priority if Trump won a second term.

“We believe unprecedented growth will go a long way in solving this problem but it is certainly a second term priority,” McEnany said.

A request for comment from the Trump campaign was not immediately returned.