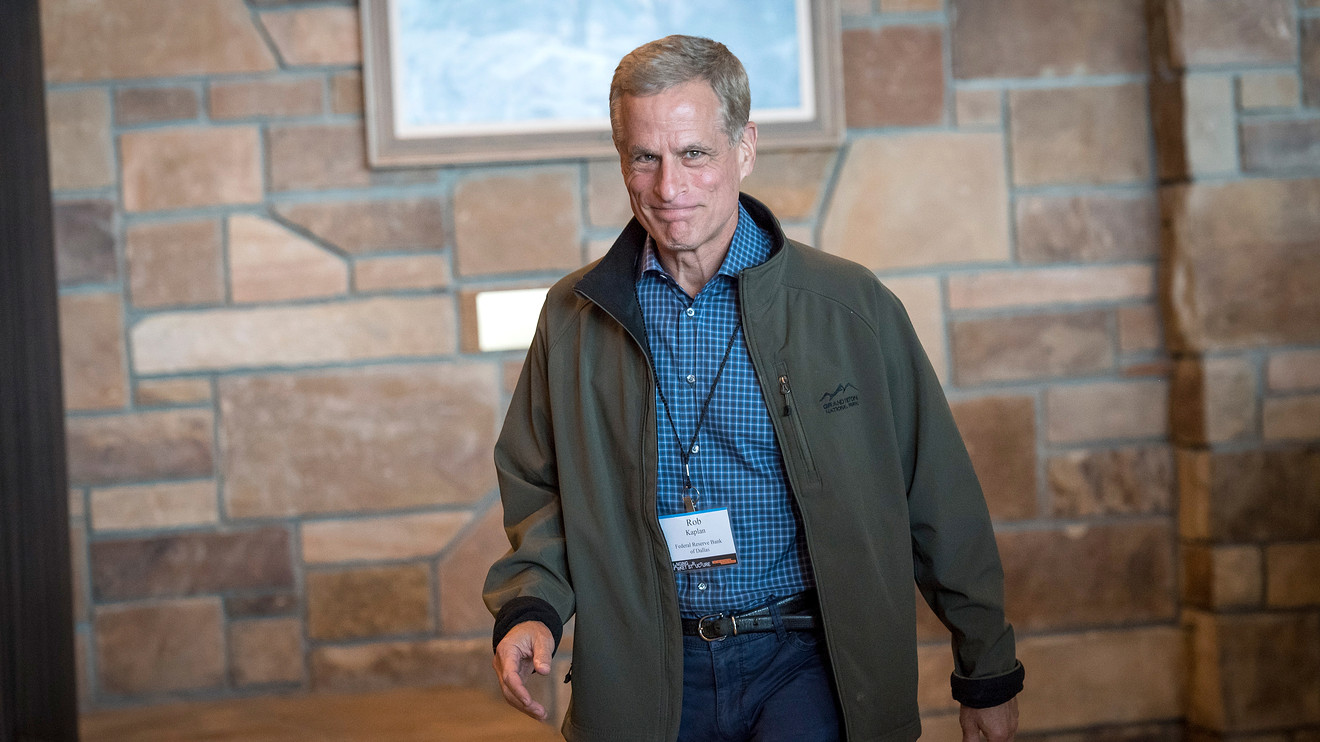 Last week, the Fed promised to hold its policy rate close to 0% until inflation is on track to “moderately exceed” the central bank’s 2% target “for some time.”

Kaplan, along Minnesota Fed President Neel Kashkari, was one of two dissenters to the framing of this so-called forward guidance, which offers provides market participants some guidance about the futures path of interest rates. The Federal Open Market Committee earlier this month debuted its new forward guidance. Kashkari said the problem with the Fed’s new guidance is that it still holds on to the importance of the unknowable variable of a maximum sustainable job level.

One reason for his opposition, Kaplan said, was it gives institutional investors a signal “you’re going to need to take more risks,” Kaplan said in an interview on Bloomberg Television.

“Excessive risk taking…can create fragilities and other excesses in the system which are hard to see in real time and easier to see in hindsight and can create issues for us,” Kaplan said, in an interview on Bloomberg News.

The Dallas Fed president said there wasn’t much benefit from announcing forward guidance last week because financial markets already believe the Fed will hold its policy rate steady for years.