Home
Stocks
Outside the Box: Disappointed by Tesla’s Battery Day? The electric-car maker has been winning by playing the long game
Prev Article Next Article
This post was originally published on this site 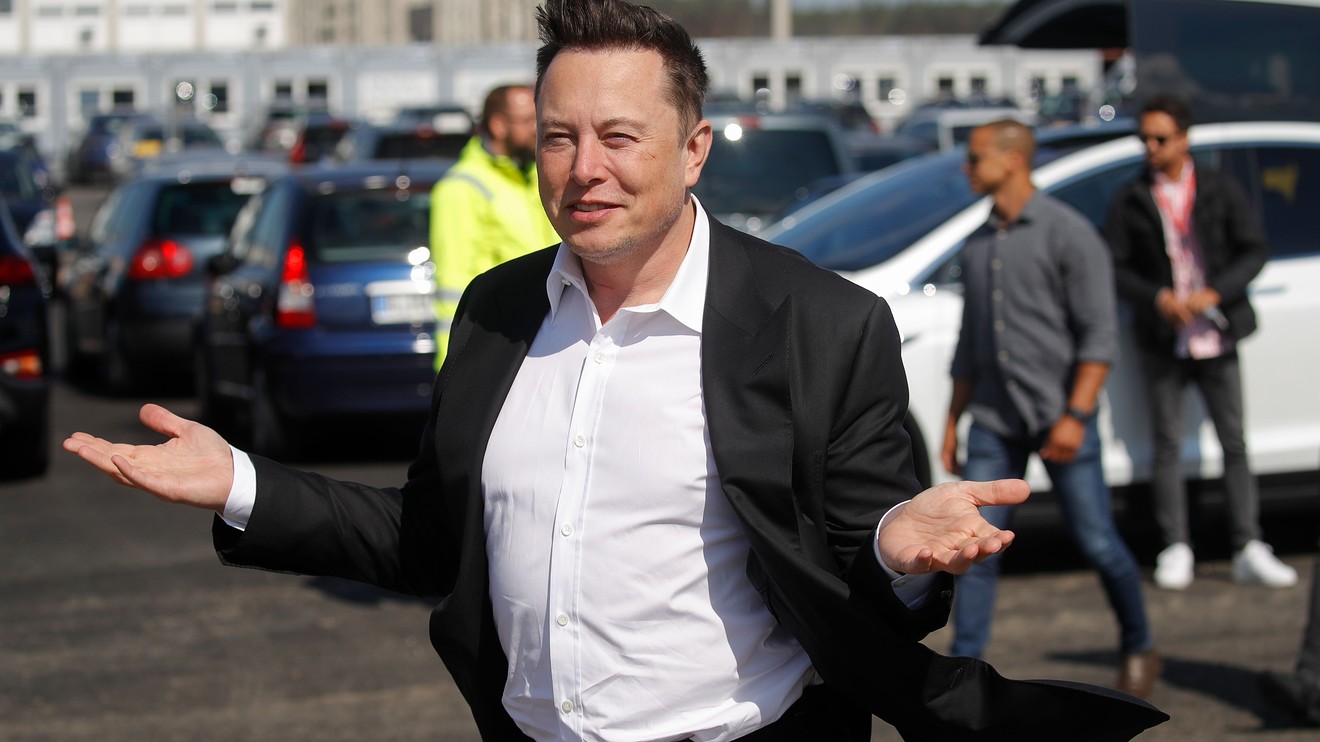 At this week’s so-called Battery Day, Tesla CEO Elon Musk made the bold assertion that the company would be able to deliver a $25,000 electric car. He also said it would likely take three years to get there.

The speculation around electric vehicles (EVs) comes with an inherent risk. Tesla TSLA, +3.56%  is the most established EV manufacturer, but plenty of traders live to short-sell Tesla shares, betting on their decline. In the past week, we have seen other promising EV makers including Nikola NKLA, -5.31%  and Workhorse WKHS, +3.09%  face immense pressure from “shorts” despite what looked just days before as a steady ascent.

Read:Tesla’s Battery Day was ‘long on vision and boldness,’ short on here-and-now

Tesla’s ride to prosperity has been both exciting and erratic. The eccentric Musk is prone to saying controversial and sometimes unpredictable things. Before its famous split, the stock touched over $2,000, and while momentum seemed to be driving it, pundits and analysts struggled to defend a valuation that far exceeded the world’s most established automotive brands, from General Motors GM, -0.49%  to BMW BMW, -0.52%.

But Tesla, unlike its more ordinary automotive rivals, isn’t valued or looked upon as a car company. Tesla is a tech company that makes vehicles based on the most cutting-edge technology. On days like Battery Day, where a three-year vision is shared, as is the case with any of the Big Tech companies, many scrutinize the company’s claims and goals, and the road it will take to reach them. This is how the boldest of tech companies operate: By setting big goals and endeavoring to deliver exponential gains to those who invested in their vision.

Apple constantly went against the grain. Most notably, its closed ecosystem was always a point of contention. The “Think Different” company built a platform that was extremely sticky for its users, but that didn’t work with any standard operating system. The company focused on building products that customers loved to use. Then it built ecosystems for music and apps. Now this is expanding into health care, gaming, TV and more. Many thought Apple would struggle to grow a meaningful streaming and services business, but in the span of a few years, the company has shown success moving in that direction

Qualcomm has constantly faced regulatory pressure for playing in the intellectual-property (IP) and chip-making business. The company is arguably the most important contributor to 5G, and its technology is featured in pretty much every mobile device on the planet, either as part of the system itself, or its patents as part of another chip makers’ system. This business model requires investing in R&D years ahead of new standards and risking big dollars to reap the rewards of being on the front edge of new standards. Regulatory scrutiny has held back the company’s stock price at times, but the business’ stability as a critical component to the world’s connectivity standards makes it robust.

Nvidia’s recent $40 billion acquisition announcement of Arm will follow a similar suit for IP and chip making under the same roof. Moreover, Nvidia’s longer-term vision puts the company at the forefront of artificial intelligence (AI), which will be one of the biggest tech booms and investment areas over the next decade.

Microsoft went bold after appointing Satya Nadella, which saw the company go all in on cloud computing. This meant disrupting its steady, but antiquated, licensing business and building an almost entirely new stack and business model in almost every facet of the company. Short term, the risks were big and there was a lot of uncertainty for the company in the long term. Clearly, thinking long was the right strategy as the company’s market cap has, at its peak, more than tripled in the time since Nadella took over six years ago.

Amazon made two big bets on the long term that paid off. First, that shoppers would move to do almost all types of purchasing online, and, second, and the one that I parallel more to Tesla, the bet on building a platform business around delivering cloud services. The idea of taking its excess computing capacity and monetizing it was without question opportunistic, but becoming the world’s largest public cloud provider was done with intention, with the big picture in mind. Amazon bet on the fact that just as many people were turning to online for shopping, businesses would likewise need to turn to cloud to scale their business and fuel digital transformation. It was a long bet, and one that many investors probably didn’t understand at the time, but now represents over 60% of Amazon’s quarterly profit.

Tesla’s strategy parallels much closer with the Big Tech platform companies that have delivered huge gains and customer loyalty by playing the long game. Electric vehicles and sophisticated autonomous vehicles powered by robust computing power are the future. While the $25,000 Tesla may be a few years away, the company’s long vision is to deliver Tesla’s fully electric, highly intelligent automobiles at a price that truly makes electric vehicles at scale a reality. And a strategy much more akin to Microsoft, Apple, Amazon, Nvidia and Qualcomm than anything else.

For investors, this should provide a bit of comfort despite knowing that in the short run Tesla could face continued volatility as there will always be those who want to bet against it. However, I believe the company is on the right track, and if it can deliver its entry level model in the next 36 months, there may be only one direction for the company from there, and that will be up.

Disclosure: The author has a stock investment in Tesla.

Daniel Newman is the principal analyst at Futurum Research, which provides or has provided research, analysis, advising or consulting to Qualcomm, Nvidia, Intel, Samsung, ARM, and dozens of companies in the technology industry. Follow him on Twitter @danielnewmanUV.