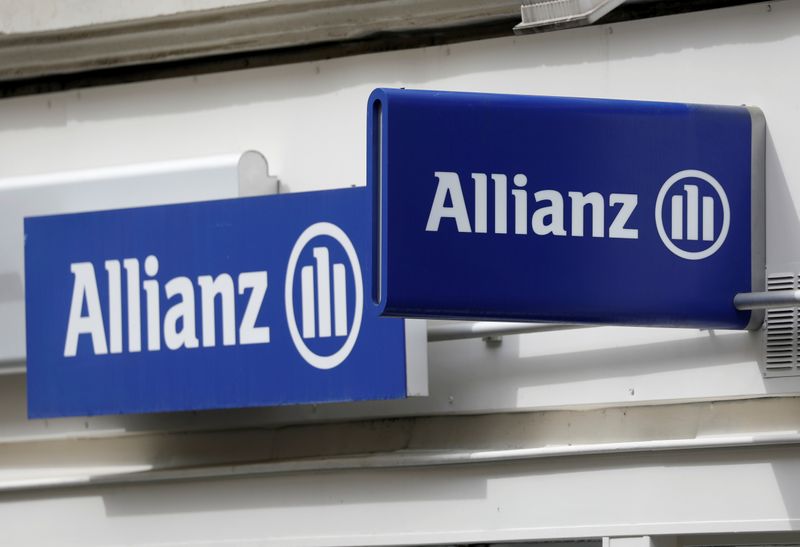 FRANKFURT (Reuters) – Pension funds for truckers, teachers and subway workers have lodged lawsuits in the United States against Germany’s Allianz (DE:ALVG), one of the world’s top asset managers, for failing to safeguard their investments during the coronavirus market meltdown.

Market panic around the virus that resulted in billions in losses earlier this year scarred many investors, but no other top-tier asset manager is facing such a large number of lawsuits in the United States connected to the turbulence.

In March, Allianz was forced to shutter two private hedge funds after severe losses, prompting the wave of litigation the company says is “legally and factually flawed”.

Together, the various suits filed in the U.S. Southern District of New York claim investors lost a total of around $4 billion. The fallout has also prompted questions from the U.S. Securities and Exchange Commission, Allianz has said.

A spokesman for Allianz Global Investors said in a statement to Reuters: “While the losses were disappointing, the allegations made by claimants are legally and factually flawed, and we will defend ourselves vigorously against them.”

The plaintiffs are professional investors who bought funds that “involved risks commensurate with those higher returns,” the spokesman added.

The latest claims against Allianz and its asset management arm Allianz Global Investors last week include one from the pension fund for the operator of New York’s transport system, the Metropolitan Transportation Authority (MTA). It has 70,000 employees and made an initial investment of $200 million.

Similar suits have been filed against Allianz by pension funds for the Teamster labor union, Blue Cross and Blue Shield, and Arkansas teachers. The suits are seeking a jury trial to award damages.

The suits allege that Allianz Global Investors, in its Structured Alpha family of funds, strayed from a strategy of using options to protect against a short-term financial market crash.

The SEC’s inquiry continues and Allianz is cooperating. The SEC did not respond to requests for comment.

Attracting investors with an “all-weather” investing approach, Allianz “bet the house” and “out of greed … sacrificed the hard-earned pension and benefits of the MTA’s workers, who at the time were risking their lives under COVID keeping New York alive,” the MTA’s lawsuit said.

The cases are a second front of litigation for Allianz, one of Europe’s largest insurance companies. The Munich-based company and its competitors face suits for not paying claims related to business closures during the pandemic lockdowns.

The company’s insurance business as a whole has been under pressure as it faces claims for cancelled events, and a decline in demand for car and travel insurance. It expects to post the first decline in annual profit in nearly a decade.

At the end of March, Allianz informed investors it was liquidating two funds, as well as an offshore feeder fund. Investors lost 97% on one of the funds, the suits say.

In April, Morningstar downgraded its rating for the remaining funds to negative “because of the failure in risk management protocols and the uncertainty”.

Allianz disputed that rating and in July published an internal report https://us.allianzgi.com/en-us/institutional/strategies-and-solutions/alternatives/liquid-alternative-investments/structured-alpha-march-2020-performance that found that the losses “were not the result of any failure in the portfolio’s investment strategy or risk management processes”.