Home
Market
U.S. airlines face grim winter, with or without a bailout
Prev Article Next Article
This post was originally published on this sitehttps://i-invdn-com.akamaized.net/trkd-images/LYNXMPEG904TF_L.jpg 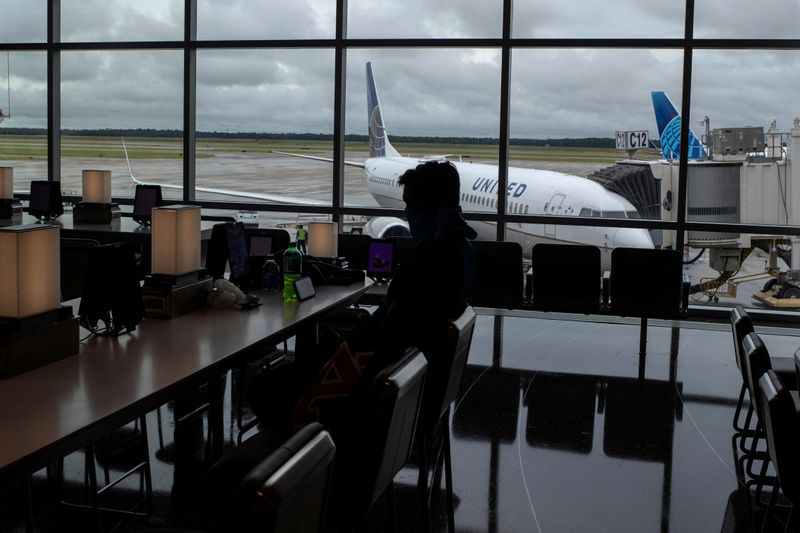 CHICAGO/WASHINGTON (Reuters) – U.S. airlines face a winter test of their finances and question marks over the reach of their domestic flight networks after failing, for now, to win fresh federal aid.

American Airlines (NASDAQ:AAL) and United Airlines began laying off 32,000 workers after a deadline passed with no new help from Washington, but told staff they would reverse this if lawmakers reach a deal on COVID-19 relief.

U.S. airlines are collectively burning about $5 billion of cash a month as passenger traffic has stalled at around 30% of 2019 levels. After tapping capital markets, they say they have enough liquidity to last them at least 12 months at that rate.

They have argued for another $25 billion in federal payroll aid to maintain their workforce and meet demand as the economy rebounds. Without the money, flight networks could further shrink, hampering their revenue power and shortening their liquidity runway.

Between voluntary and involuntary furloughs, major U.S. airlines’ workforce will shrink by at least 25% in October.

“Airlines quite correctly have been bulking up on cash … but to be 25% smaller, best case, how are you going to handle the debt service?” asked airline consultant Mike Boyd.

That threat has resonated with some lawmakers even as the bailout request partly fell victim to broader political turmoil in a bitterly divided Washington.

And an uncertain recovery has not helped the airlines’ case.

Industry experts expect a slight improvement in domestic demand over the winter holidays from current levels, but it will remain far below last year’s volumes, and higher-margin business and international travel remain severely depressed.

Daily passengers at U.S. airports have swung from record highs in 2019 to dramatic lows in 2020, according to Transportation Security Administration (TSA) data.

“Right now airline traffic is equal to where it was in the 1970s,” said Becker. “And the industry has a balance sheet that is 2019.”

Chief executives acknowledge that pre-pandemic air travel demand is unlikely to return for years, and still unknown is how the pandemic, which has forced drastic changes in habits, will impact travel behavior.

This has accelerated a deeper economic debate over which sectors should be propped up.

Top International Monetary Fund officials warned last month that certain sectors, including travel, were facing a “prolonged decline” due to the lingering impact of the coronavirus pandemic.

“Many firms in these sectors may no longer be viable. This will require gradually unwinding the lifelines extended to these firms so that labor and capital may be reallocated away from such shrinking sectors to growing sectors such as online retail and other e-commerce,” IMF Managing Director Kristalina Georgieva and chief economist Gita Gopinath wrote in Foreign Policy magazine.