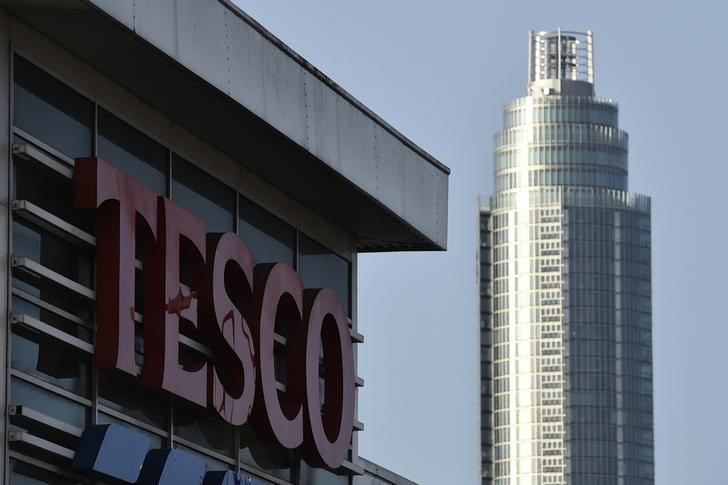 President Donald Trump ended talks on Tuesday with Democrats on a new stimulus package, tweeting that after he wins the presidential election in November “we will pass a major Stimulus Bill that focuses on hardworking Americans and Small Business.”

While this news hit Wall Street hard late Tuesday, European markets took the news more in their stride, taking in that Trump is still looking for a stimulus package if he wins next month (or pricing in the possibility of a ‘Democratic sweep’ that would make it easier to pass a new package).

“There are a couple of ways we still get stimulus,”  since both contenders are promising it, said ING’s chief economist in Asia, Rob Carnell. “But none of them occur before the election now.”

“One way or another we’re going to get some stimulus, it’s just we’re not going to get it now – so we’ll tread water for a bit.”

Helping the tone in Europe have been some strong earnings.

Tesco (OTC:TSCDY) stock climbed 2.4% after Britain’s biggest supermarket chain reported a jump in its first-half profits by more than a quarter as online sales doubled during the pandemic.

Meanwhile, the total coronavirus cases approaches 39 million globally, with parts of Europe still suffering badly from a second wave of the virus, despite signs of the infection curve flattening again in countries such as Spain and Italy.

This fresh bout of Covid-19  risks delaying the euro zone’s economic recovery, European Central Bank President Christine Lagarde said on Tuesday, and investors will be tuning in as she speaks again later Wednesday as the pressure rises on central bankers to act if fiscal stimulus is slow arriving.

Oil prices slumped Wednesday, weighed by the reduced likelihood of a new coronavirus relief package as well as a larger-than-expected build in crude oil supplies.

The American Petroleum Institute reported a build in U.S. oil inventories of 951,000 barrels last week, compared with the 831,000-barrel draw expected, raising doubts about the recovery of demand in the country, the largest consumer of oil in the world.

Investors now await data from the U.S. Energy Information Administration, due later in the day.