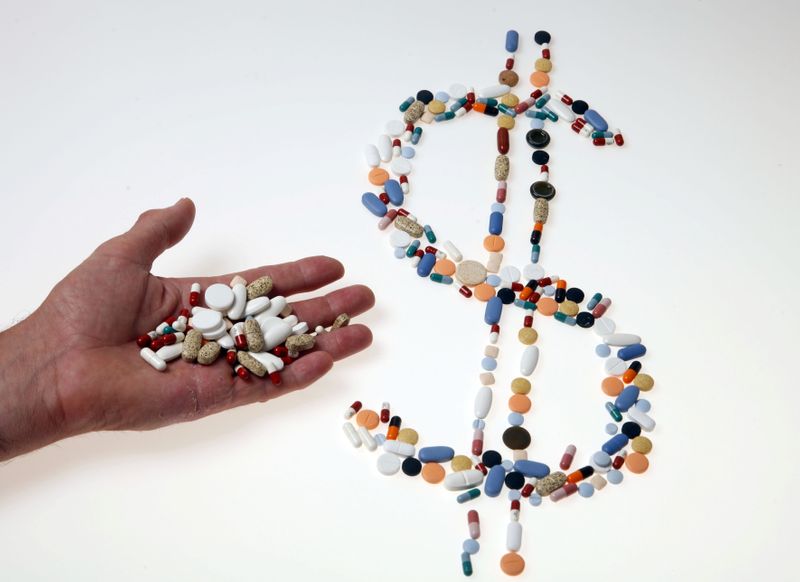 NEW YORK (Reuters) – Investors are looking for bargains among healthcare stocks, even as prospect of a Democratic “Blue Sweep” in next month’s elections threatens more volatility for a sector already trading near a historical discount to the broader market.

A victory by former Vice President Joe Biden over President Donald Trump on Nov. 3 and a potential Democratic takeover of the Senate could clear the way for prescription drug price and healthcare coverage reforms, generally seen as potential negatives for companies in the sector.

Some investors are betting these factors have already been priced into healthcare shares or may not be as detrimental as feared, while the companies stand to benefit from relatively stable earnings prospects and their medical innovations.

“For high-quality companies that are trading at reasonable valuations … there is a strong argument to be made for adding some healthcare exposure to portfolios,” said James Ragan, director of wealth management research at D.A. Davidson.

Biden’s improving election prospects have weighed on healthcare stocks for much of 2020, according to investors, with the S&P 500 healthcare sector (SPXHC) climbing just 7% since the end of April, against a 17% gain for the overall S&P 500 (SPX).

A Reuters/Ipsos poll on Sunday showed Biden opened his widest lead in a month after Trump contracted COVID-19.

The healthcare sector now trades at a 26% discount to the S&P 500 on a price-to-earnings basis, according to Refinitiv Datastream. The sector’s 15.8 P/E ratio is well below the S&P 500’s 21.3 ratio, which last month rose to its highest valuation since 2000.

The gap between the sector’s P/E ratio and that of the S&P stood at its widest in at least 25 years last month, though it has narrowed in recent weeks.

“As Biden started to do better in the polls, you saw healthcare start to underperform a bit as the rest of the market recovered,” said Ashtyn Evans, a healthcare analyst with Edward Jones.

While Biden may shake up insurance coverage by offering a “public option” government plan, he is also expected to seek to strengthen the Affordable Care Act – the signature healthcare law enacted when he was vice president – under which companies are used to operating.

Any significant drug pricing legislation may need to wait until the pandemic is more contained, as the government relies on the pharmaceutical industry to develop COVID-19 therapies and vaccines. Trump has also vowed to lower drug prices, making the issue arguably less partisan.

“We think there remains a reasonably good probability that the next Congress will institute moderate health policy changes that will create long-term clarity for the sector and investors,” Eric Potoker, an analyst at UBS Global Wealth Management, said in a note last month.

Healthcare stocks have been prone to volatility around elections.

Ahead of the 2016 vote, which pitted Trump against former Secretary of State Hillary Clinton, who had campaigned against high prescription drug prices, the healthcare sector fell 6.6% in October compared to a 1.9% drop for the overall S&P 500 (SPX).

So far this October, the sector has climbed 1.2% against a 1.7% rise for the S&P 500. The promise of a fiscal stimulus package has lifted groups such as financials and industrials that tend to be more sensitive to broad economic recovery.

Melissa Chadwick-Dunn, portfolio manager at RS Investments, has long-term holdings in areas such as diabetes technology and biotech, where she sees strong potential for healthcare breakthroughs, and potentially would add if there is a pullback.

“The best antidote to all this uncertainty is a healthy dose of innovation,” she said.