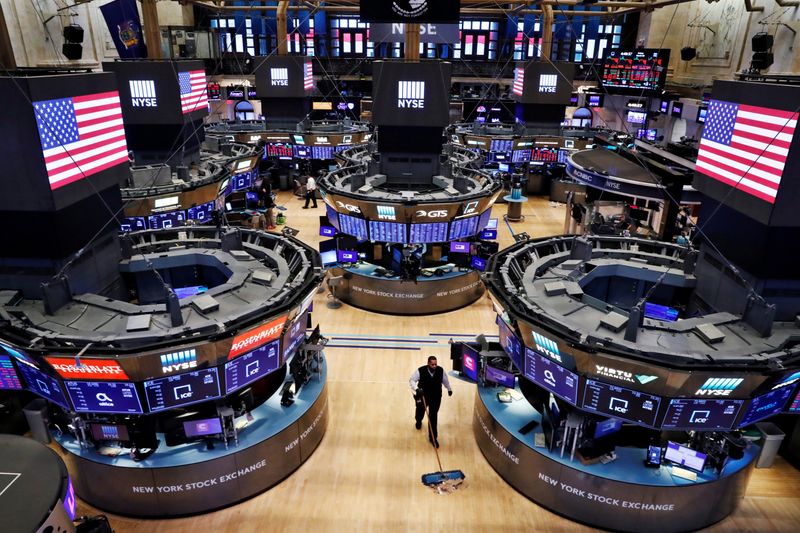 (Reuters) – U.S. stock index futures rose for a second straight day on Thursday as bets of a piecemeal fiscal stimulus deal lifted sentiment ahead of data on weekly jobless claims that is likely to show a labor market recovery continuing to sputter.

The Labor Department’s report is expected to show 820,000 Americans filed for unemployment benefits in the week ended Oct. 3, slightly down from 837,000 in the previous week, but still hovering at recession levels.

Signs of a slowing domestic economic rebound and political uncertainty in the run up to the Nov. 3 U.S. presidential election halted a five-month gaining streak for Wall Street’s main indexes in September.

Federal Reserve Chair Jerome Powell has since called upon Washington to deliver more fiscal stimulus to support businesses and households.

After U.S. President Donald Trump dashed hopes for a comprehensive coronavirus relief bill on Tuesday, investors are counting on at least a partial deal that could include a bailout package for the battered airline industry.

Trump is scheduled later in the day to appear in his first TV interview since the announcement on Friday. Fox Business Network said the interview would air after 8 a.m. ET (1200 GMT).

Coty Inc (N:COTY) jumped 5.1% after the cosmetics maker announced the launch of direct-to-consumer websites for Kylie Skin brand in the UK, France, Germany and Australia.

With the third-quarter earnings season kicking off next week, analysts expect earnings at S&P 500 companies to have dropped about 21% in the quarter from a year ago, according to IBES data from Refinitiv.