Home
Stocks
The Tell: Here’s why ‘believers in a blue wave’ should dive into junk bonds, says JP Morgan
Prev Article Next Article
This post was originally published on this site 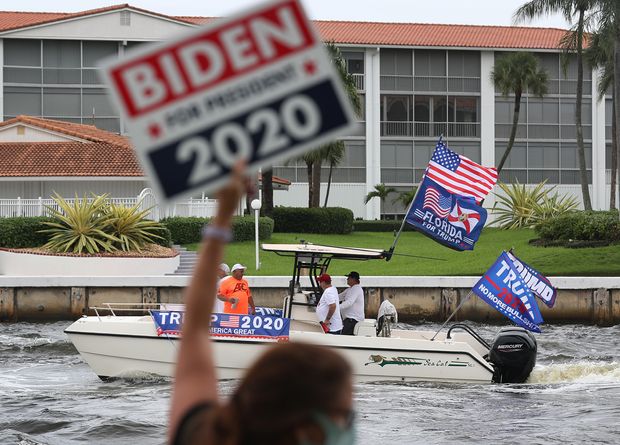 If Democrats take over the White House and Congress in November, it could turn into a boon for the worst-rated corporate bonds.

That’s the assessment from analysts at J.P. Morgan who worry the scanty yields sported by investment-grade corporate bonds leave them vulnerable to even a gradual climb in government bond yields, a potential risk as a Biden administration is likely to preside over an ambitious fiscal agenda. Bond prices move in the opposite direction of yields.

“Believers in the blue wave should own high yield instead,” they said, in a Friday note, ahead of the upcoming November presidential election.

JP Morgan said debt sold by sub-investment grade businesses, or junk-rated debt, was the only “compelling” asset in the corporate credit market under a Democratic sweep chiefly because those bonds offered enough income to offset any losses from rising rates.

Read: Here’s why the prospect of a Democratic clean sweep in November’s elections is rattling a sleepy U.S. bond market

Higher Treasury yields could turn into a material risk, say investors, if Biden is able to enact his proposed $5.4 trillion of new government spending over the next decade.

Such an agenda would accelerate the pace of new issuance of Treasurys. And if the stimulus buoys growth and inflation expectations, long-term bond yields would also receive a lift.

That’s why some market participants say the 30-year bond yield, the maturity most sensitive to price pressures, reflects the expected extent of Biden’s election.

JP Morgan estimated it would only take a quarter-point increase in bond yields to wipe out any yield accrued by high-grade corporate debt due to their higher average maturities, or duration, which has risen to 8.8 years from 6.8 years in early 2019.

A basket of investment-grade bonds would offer an annual yield of just more than 2%, based on a debt benchmark provided by ICE Data Indices.

A rule of thumb to see the impact of how rising rates hurt bonds with extended durations is that for every 1% rise in the 10-year Treasury rate, the value of a bond will fall by its duration.

So, a corporate bond with an average maturity of 9 years would lose 9% of its value following a percentage point rise in the benchmark Treasury note.

The danger of a surprise increase in interest rates has grown in importance as companies sold more longer-term debt to take advantage of cheap borrowing costs in the past decade.

Under that scenario, JP Morgan argues it would only make sense to buy the most creditworthy bonds if investors believed growth would stay anemic or the Federal Reserve would intervene and prevent higher rates if the recovery gained pace.