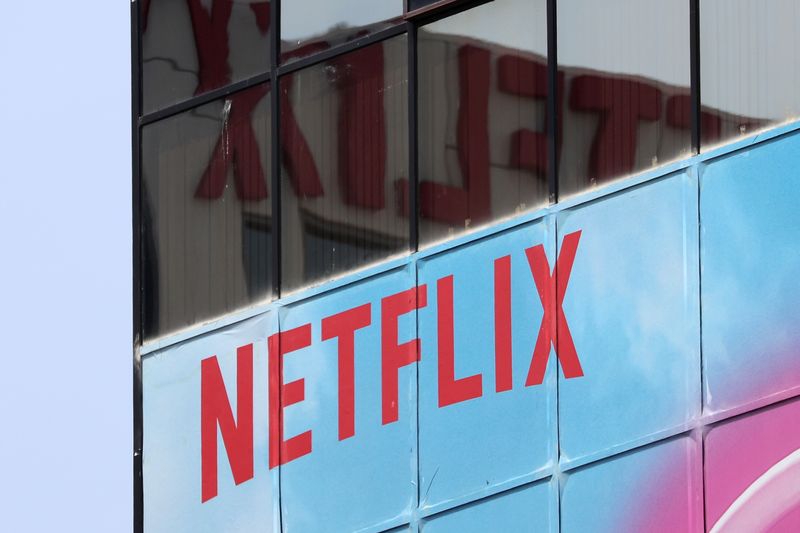 (Reuters) – Netflix Inc (NASDAQ:NFLX) will tell investors on Tuesday how the ongoing COVID-19 pandemic affected membership in the third quarter – a period when analysts remain bullish on the company despite the return of live sports and more streaming competition.

Shares of the online video pioneer, trading close to an all-time high at $530.79 on Friday, have jumped more than 75% since mid-March, when governments around the world imposed stay-at-home orders to help slow the spread of the novel coronavirus. During the same time, the S&P 500 has gained 44.8%.

In July, Netflix forecast it would add 2.5 million new paid streaming customers globally between July and September, based on the expectation that its strong first-half performance – in which it added almost 26 million subscribers – likely pulled forward some demand from the second half of the year.

Analysts have been more optimistic, citing stronger Netflix content in the quarter and the fact that many people are still staying home because of the pandemic. As of Oct. 18 they projected 3.4 million new subscribers, according to IBES data from Refinitiv.

Hurdles for Netflix in the third quarter included the return of live sports, the easing of restrictions in some economies, and competition from Comcast (NASDAQ:CMCSA) Corp-owned NBCUniversal streaming service Peacock and AT&T-owned WarnerMedia’s streaming entry, HBO Max. Peacock fully launched in the United States on July 15 and as of September had over 15 million sign-ups, according to Comcast. AT&T said in July that HBO Max attracted 4.1 million customers in its first month; investors are awaiting subscriber updates during AT&T’s Oct. 22 third-quarter earnings release.

Pivotal Research Group analyst Jeff Wlodarczak wrote in an Oct. 7 note that Netflix’s guidance of 2.5 million new paid subscribers appears “reasonable” given these factors. “Our view remains that the unfortunate COVID-19 situation simply accelerated trends already in place… and Netflix is likely to remain as the dominant global SVOD player for the foreseeable future,” he wrote.

As of Oct. 18, analysts were forecasting Netflix third-quarter profit of $968.6 million on revenue of $6.38 billion.