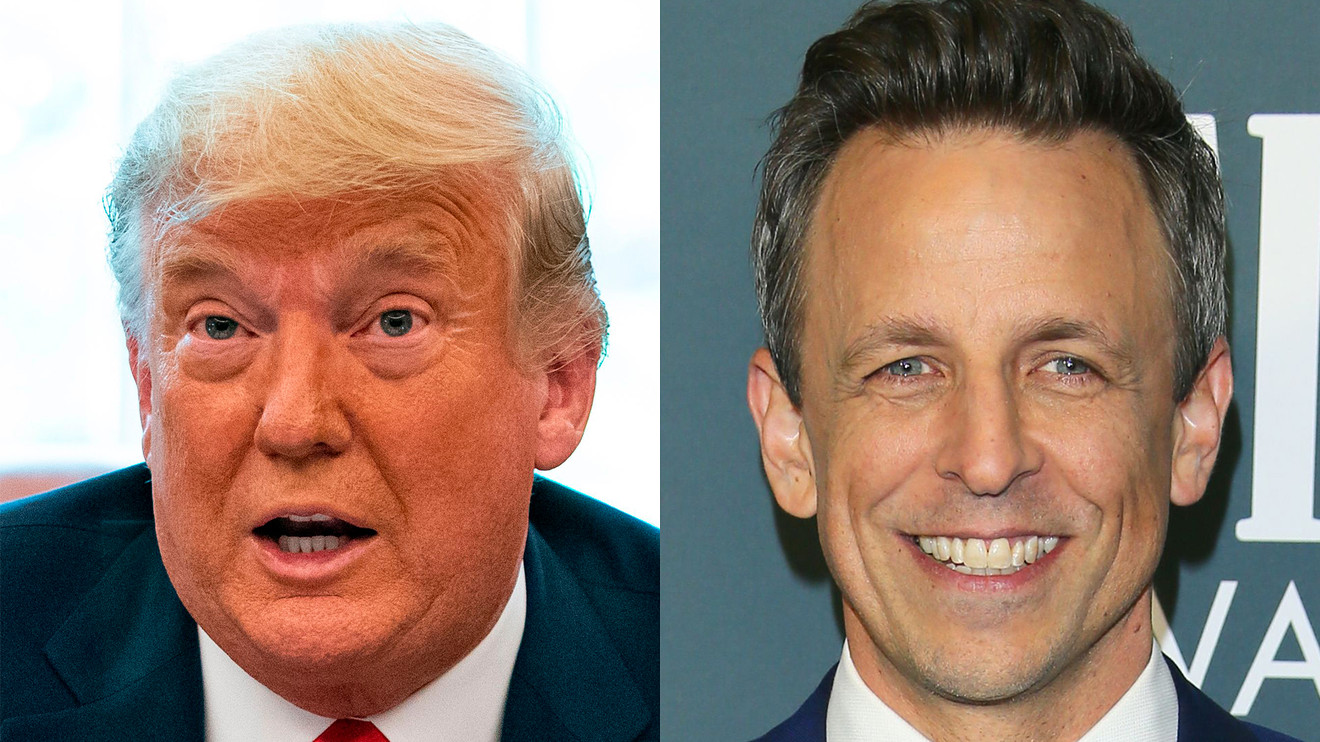 President Trump made good on his threat to release his uncut “60 Minutes” interview ahead of its scheduled Sunday night broadcast on CBS, but critics including NBC’s “Late Night” host Seth Meyers say the leaked footage didn’t do the commander-in-chief any favors.

Trump cut short his one-on-one with veteran TV journalist Lesley Stahl on Tuesday, and attempted to discredit her on Twitter TWTR, -0.10%  afterward by tweeting a short clip showing her at the White House without wearing a mask and teasing “much more to come.”

He followed up with a tweet calling the interview “fake” and “biased,” and promised to release the White House’s own footage of the Q&A prior to its scheduled airtime. He also shared a number of behind-the-scenes photos leading up to his own video release.

Read more:Trump tweets photos from his ‘60 Minutes’ interview with Lesley Stahl after promising ‘more to come’

On Thursday, ahead of the second presidential debate with former Vice President Joe Biden, the roughly 37-minute sitdown with Stahl was posted on the president’s official Facebook FB, +1.48%   page. “Look at the bias, hatred and rudeness on behalf of 60 Minutes and CBS,” reads the accompanying post.

But Meyers, who has roasted Trump before — most famously at the 2011 White House Correspondents’ Dinner — called the footage “deeply embarrassing” on Thursday night.

“As the pandemic rages out of control and millions of Americans suffer the pain of loss and economic hardship, the president of the United States has apparently decided to make his closing message: The TV lady was really mean to me,” Meyers began. He then called the interview, “genuinely one of the most embarrassing, cringe-inducing things I’ve ever seen on video.”

Stahl presses him on topics including the coronavirus pandemic, his plan for people with preexisting health conditions if the Affordable Care Act is voted out by the Supreme Court, as well as whether the president said “lock her up” and “lock them up” in reference to Gov. Gretchen Whitmer of Michigan and the Biden family.

“I see Joe Biden getting softball after softball; I’ve seen all of his interviews, he’s never been asked a question that’s hard,” Trump says at one point. When Stahl responds, “Well, forget him for a minute — you’re president,” Trump counters with, “Excuse me, Lesley, you started with me, your first statement was, ‘Are you ready for tough questions?’ That’s no way to talk. No way to talk.”

The president ends the interview at around 37 minutes in, when someone off-camera is heard saying that Vice President Mike Pence will join them in a few minutes. “I think we have enough of an interview here. OK? That’s enough. Let’s go. Let’s go,’ Trump says, before telling Stahl that, “I’ll see you later.”

You can watch the whole thing on the president’s Facebook page, and the Viacom-owned VIAC, +0.05%  CBS News said in a statement on Thursday that it will still air its “60 Minutes” election special featuring Trump and Pence this weekend, which also includes Biden and California Sen. Kamala Harris, who were interviewed by Norah O’Donnell.

CBS called out the White House for having ‘violated its agreement’ in a statement on Thursday by releasing footage of the interview ahead of Sunday’s broadcast. “The White House’s unprecedented decision to disregard their agreement with CBS News and release their footage will not deter 60 MINUTES from providing its full, fair and contextual reporting which presidents have participated in for decades,” the statement read.

“Few journalists have the presidential interview experience Lesley Stahl has delivered over her decades as one of the premier correspondents in America and we look forward to audiences seeing her third interview with President Trump and subsequent interview with Vice President Pence this weekend.”