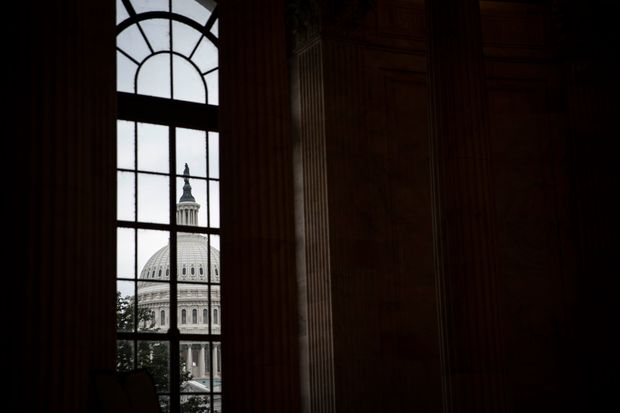 The White House and House Speaker Nancy Pelosi maintained their upbeat public prospects for a fiscal stimulus package Friday, even as time has almost run out for any chance it could be acted on before the elections on Nov. 3.

The Senate is slated to vote on the nomination of Amy Coney Barrett for the Supreme Court on Monday in what could be senators’ final vote before the election. At the same time, House leaders have promised to give members a 24-hour notice that they need to return to Washington if a bill vote on the financial aid is planned. There is no sign that notice will be given soon.

“If she wants to compromise, there will be a deal,” said Treasury Secretary Steven Mnuchin at the White House Friday, referring to Pelosi.

“But we’ve made lots of progress in lots of areas but there’s still some significant differences that we’re working on,” Mnuchin said.

Read more: ‘It’s daunting to thin about what the consequences will be.’ With no stimulus deal, much of America’s temporary financial safety net will expire Dec. 31

Asked during an an appearance on MSNBC if there would be another fiscal stimulus package, Pelosi said, “I would hope so.”

“He has to talk to the Senate Republicans,” she said of President Donald Trump, apparently referring to Senate Majority Leader Mitch McConnell, who has declined to commit to a vote on a package in the Senate before the election, and to other Republicans who worry the approximately $2 trillion deal Pelosi and Mnuchin have been discussing is too big.

On Wednesday, Pelosi said legislative text of a bill would need to be locked in by the end of the week for a vote before the election, but as of late Thursday, she said, “we’re waiting to hear back from the committee chairs” she tasked with hammering out some aspects, in conjunction with minority party ranking members.

Sen. Richard Shelby, the Alabama Republican who heads the Senate Appropriations Committee, said Thursday afternoon he was skeptical. His panel would be key in writing the spending portions of a deal.

“It’s about three or four minutes to midnight on the clock here. I don’t see much doing. It could always be a miracle, but not very many around here,” he told reporters.

Read more: What will put the final nail in the fiscal stimulus coffin? The calendar, maybe

So why do the two sides continue to talk?

“We’re at the point where nothing can be done before the election, so it’s all low-stakes symbolism anyway, ” said Liam Donovan, principal at government relations firm Bracewell LLP’s Policy Resolution Group.

“It would serve both of their purposes – Pelosi’s to lock Republicans into commitments on favorable terms; the President’s to buoy the market and be seen as striking a signature deal just in time for the election,” he said in an email.

“I don’t think Speaker Pelosi has any intention of doing a deal before the election but hopefully we can do one shortly thereafter,” Sen. John Cornyn, a Texas Republican, said Friday.

President Trump, at the same White House event as Mnuchin on Friday, repeated his claim from Thursday night’s debate that Pelosi would rather not make a deal before the election for political reasons,

“I actually think Nancy would rather wait until after the election,” he said. “She thinks it’s a good point for the election, but I think it’s against her because the American people know it’s her that’s stopping the money from going to them.”

Donovan said there’s no guarantee that a deal reached before the election would remain intact afterwards.

“The real question is what any pre-election agreement is worth once November 3rd blows the already-dubious incentive structure to shreds,” he said.

“Short of a status quo result that would count as a big surprise, it’s unclear why a lame duck President would have the inclination or the power to bring along an already-reluctant GOP as it approaches the political wilderness. The Speaker is well aware of this, but she can’t lose. Either she gets a big stimulus on her terms or she can pound Republicans for failing to live up to a deal the American people support.”