Home
Stocks
: Harley-Davidson has eliminated discounts, markets and product models on the road to a turnaround
Prev Article Next Article
This post was originally published on this site 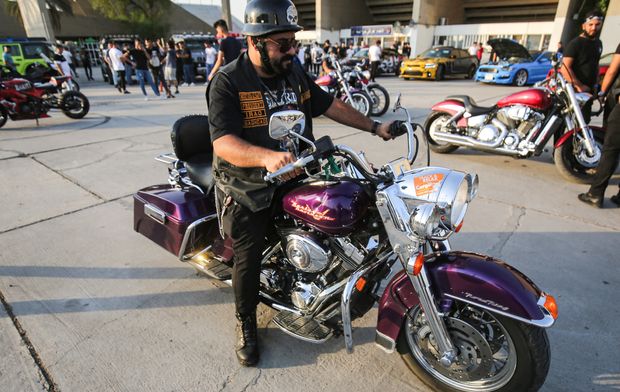 In order to turn around its business, Harley-Davidson Inc. HOG, +21.96% says it has gotten rid of a lot things, including discounts, a focus on global markets and even some of its own product.

“We sharpened our approach and policies around supply and inventory management to help preserve the value of our bikes for customers, while almost completely eliminating promotions and discounting activities,” said Jochen Seitz, chief executive of Harley-Davidson, on the Tuesday earnings call, according to a FactSet transcript.

As a result, Seitz says it is better able to preserve “the long-term value of our brand and our motorcycles.”

The company said prices for used Harley bikes in the U.S. are up “significantly” in the third-quarter.

Harley-Davidson shares soared more than 23% in Tuesday trading after it reported earnings that blew past expectations.

The company is leaving about 40 global markets and the U.S. is the company’s top-priority market, Seitz said.

And Harley-Davidson is discontinuing product, cutting the lineup by 30%. The company is also ending optional offers that customers are least interested in.

Finally, the company said it is streamlining its network of dealers in the interest of customer service consistency, bringing the number of participants down 4% so far.

“We can now focus our resources where they can make the most impact investing directly in areas that we believe have the highest potential for short, mid- and long-term success, like our stronghold core categories and new segments like adventure touring.”

Harley-Davidson has even changed its calendar so that its model year will be in the early part of the first quarter, “creating product excitement at the time that most riders are preparing for the riding season.”

UBS analysts are upbeat about Harley-Davidson’s prospects, asking whether the “focus on profitability is starting to pay off.”

However, analysts still think there is room for improvement.

And: Google’s Waymo, Daimler team up to build self-driving trucks

“We expect the next 12 months to see better margin though it does not address Harley-Davidson’s existential demand problem,” UBS said.

Seitz said the company aims to build on its “complementary” businesses like parts and accessories and general merchandise, not just among those who purchase bikes, but those who already ride them, a “significant asset” that he says the company hasn’t effectively tapped.

Harley-Davidson has also restructured its e-bicycle business, allowing it to focus on motorcycles. E-bikes will now be marketed as Serial 1, powered by Harley-Davidson.