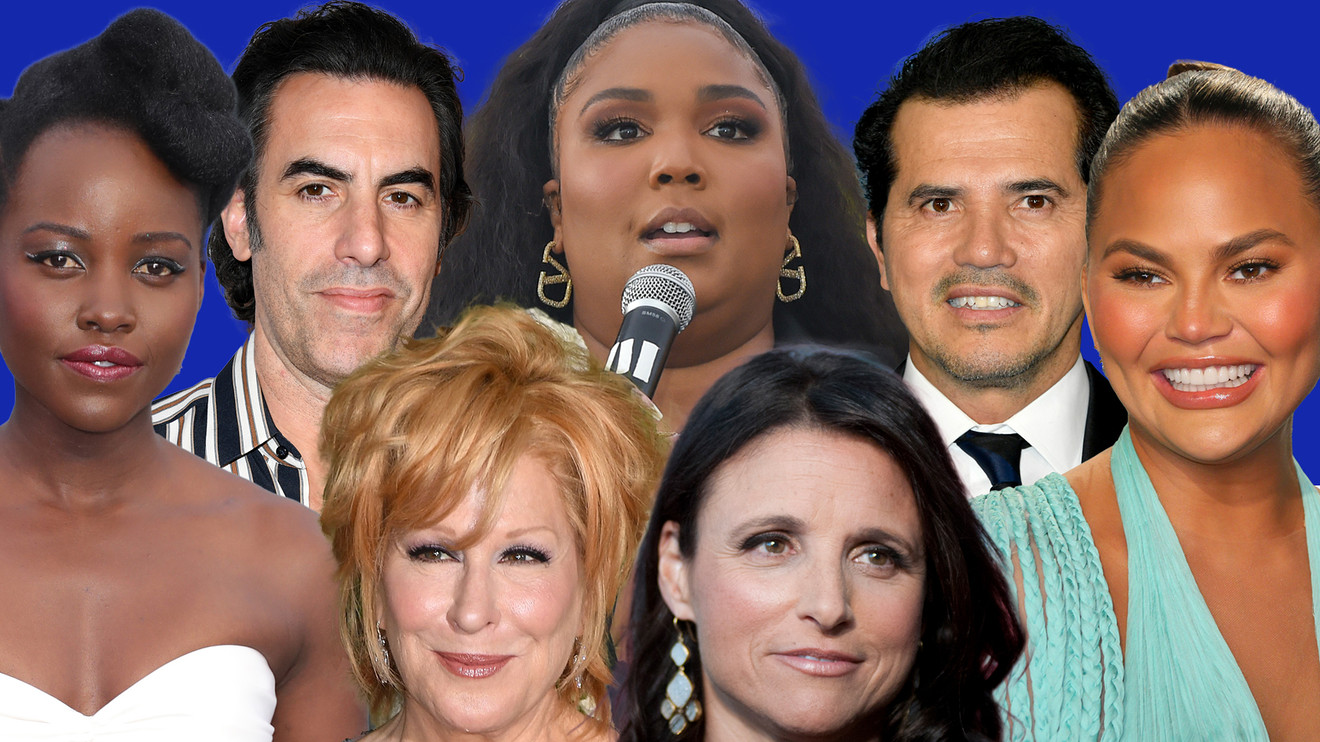 Singer Lizzo shared a tearful video to her Instagram page, saying, “There are few times in this country where I’m hopeful … I think this is the end of that four-year term that felt like a thousand years.”

Reality star Kim Kardashian West, whose husband Kanye West has supported President Trump (and also unsuccessfully ran for president this year as a write-in candidate in a handful of states), tweeted her support for the reported Biden win with a picture of the projected president-elect and his running mate, Sen. Kamala Harris, with a series of blue hearts.

Many, including children’s TV personality Pee-wee Herman and “Veep” star Julia Louis-Dreyfus, noted that Harris becoming the next vice president of the United States is a historic milestone for women and people of color.

Tennis legend and women’s rights icon Billie Jean King called for the results to be a unifying force for the country. “Our nation is so very fractured,” she tweeted. “Let us all unite behind them to find common ground, for the sake of our country.”

And there was some levity in the mix, as well, with social media maven Chrissy Teigen noting that, “My god it feels like I just took off a weighted blanket, unhooked my bra and taken out my extensions all at once,” and horror writer Stephen King tweeting, “America to Trump: YOU’RE FIRED.”

Famous Trump supporters were more subdued on social media on Saturday, with those like Brett Favre, Kirstie Alley and Roseanne Barr not immediately posting anything in response to the projected Biden win. Actor Scott Baio retweeted a statement from the Trump campaign claiming the race isn’t over yet. And former Dallas Cowboys star Herschel Walker retweeted a call to see Biden in court.

This is a breaking story that will continue to be updated.