Home
Market
How the U.S. stock market has treated new presidents
Prev Article Next Article
This post was originally published on this sitehttps://i-invdn-com.akamaized.net/trkd-images/LYNXMPEGAA1JY_L.jpg 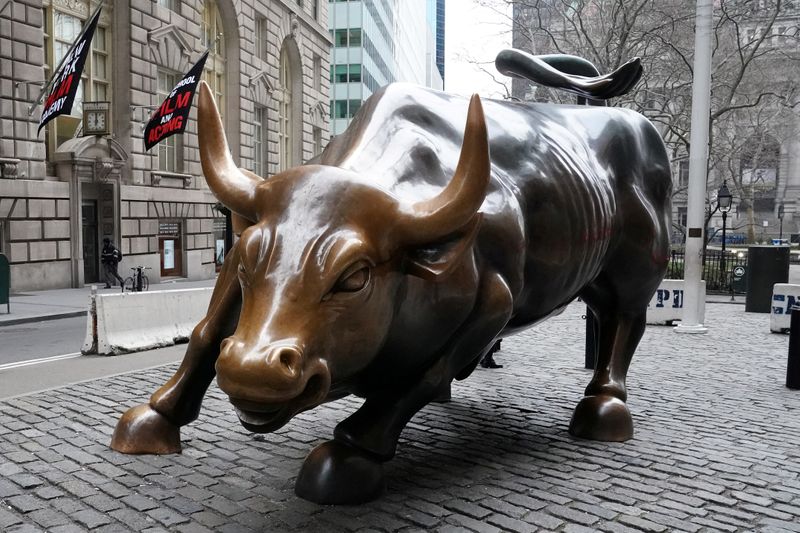 NEW YORK (Reuters) – President-elect Joe Biden is likely to start his term faced with the worst public health crisis in decades and an economy still reeling from a sharp coronavirus-led contraction earlier this year.

U.S. stocks, however, have surged in recent days, fueled by ebbing election uncertainty and hopes that a vaccine against COVID-19 will eventually help to curb paralyzing lockdowns and travel restrictions and bring life back to normal.

Here’s a look at how the markets have fared following previous presidential elections, as well as how stocks have performed in a new president’s first few months on the job.

Dissipating election uncertainty and positive data from a late-stage COVID-19 vaccine trial boosted the S&P 500 a little over 5% in the first five trading days since the Nov. 3 vote, the index’s best post-election week performance in at least four decades.

Looking at the stretch between Election Day and the presidential inauguration, the market’s surge in the months ahead of President Donald Trump’s inauguration stands out.

The S&P 500 rose 5.8% with Trump as President-elect, stoked by bets that his promised tax cuts would boost growth and inflation.

Former President Barack Obama, on the other hand, was first elected as the U.S. economy was spiraling down into the Great Financial Crisis, accounting in part for the S&P 500’s decline of 15.5% between his election victory on Nov 4, 2008 and his inauguration on Jan. 20, 2009.

While Biden’s interregnum period is off to a good start, investors see plenty of risks ahead. Those include a second wave of COVID-19 sparking fresh lockdowns throughout the United States, political uncertainty over Trump’s efforts to challenge election results, and Senate runoffs in Georgia scheduled for January that could give Democrats greater sway over that chamber.

Stocks have typically given a warm welcome to new presidents, although it’s hard to tell whether that performance has been spurred by the arrival of a new chief executive or simply a reflection of the market’s tendency to trend higher over time.

The S&P 500 has risen in the first 100 calendar days of eight out of the last 10 presidential terms. But it has also gone higher in that period roughly 75% of the time in the last forty years, regardless of whether a new president had just been inaugurated.

The Federal Reserve will likely continue providing major support for markets at the start of Biden’s presidency, as it has for most of 2020. The central bank’s pledge to keep doling out stimulus to the economy has boosted investor confidence this year, and the Fed’s balance sheet is expected to grow to $9.1 trillion by Dec 2021, a recent Reuters poll showed.