Home
Stocks
: Google is being targeted by these tech companies urging regulators to take action against its ‘clear abuse of dominance’
Prev Article Next Article
This post was originally published on this site 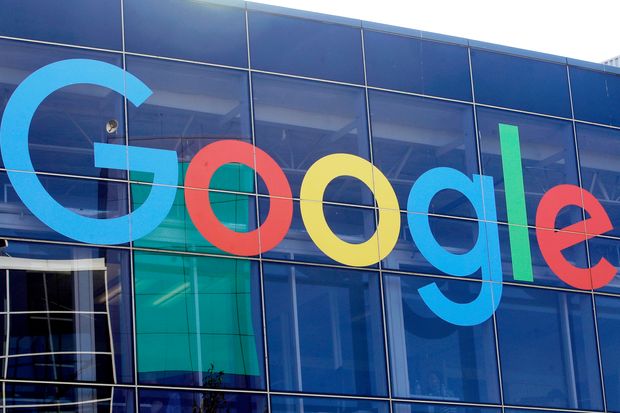 Margrethe Vestager has taken a tough stance on big tech since beginning her tenure overseeing competition in the EU in 2014.

A collection of some of Google’s greatest critics—and rivals—have called on European antitrust regulators to take immediate and tough action against the technology giant’s search-engine practices, which they allege constitutes “abuse” of the company’s market dominance.

The letter was sent to the European Union commissioner overseeing competition and digital policy, Margrethe Vestager, from 135 companies and 30 industry associations spanning travel, accommodation, and job sites, as well as product comparison services.

Executives from Trivago TRVG, -2.19%, Tripadvisor TRIP, +3.93%, Yelp YELP, +1.63%, Expedia EXPE, +3.56%, Booking.com 0W2Y, , and OpenTable are among the signatories of the letter from a swath of companies with specialized search at the core of their business.

The 165-strong group says that Google, a subsidiary of Alphabet GOOGL, +0.12%, has come to command each of their markets, despite being a late entrant, “by leveraging its unassailable dominance” in web search.

They allege that Google hasn’t been successful by competing on its own merits, but rather “gained unjustified advantages through preferentially treating its own services within its general search results pages.” The letter outlines how Google uses forms of specialized grouped results, called OneBoxes, to display information like airline flights above other results.

The integration of Google’s specialized search services into its near-monopolistic general search “continues to constitute a clear abuse of dominance,” the letter says, arguing that it contravenes a previous ruling from the EU.

“If Google were allowed to continue the anticompetitive favoring of its own specialized search services until any meaningful regulation takes effect, our services will continue to lack traffic, data and the opportunity to innovate on the merits,” the letter says.

“Until then, our businesses continue to be trapped in a vicious cycle—providing benefits to Google’s competing services while rendering our own services obsolete in the long run.”

Axel Hefer, the chief executive of hotel booking site Trivago, told MarketWatch that it is particularly frustrating that Google integrates its own services into the general search results because Trivago spends money to advertise through Google’s platform.

“We are paying more than their own product, and getting significantly worse placement,” he said, referring to Trivago’s relatively small ad placement on a results page above a dominant OneBox with Google’s services.

The letter says it welcomes the pending regulation in the EU that will impact “gatekeeper” online platforms like Google, Facebook FB, -0.37%, Apple AAPL, -1.05%, and Amazon AMZN, -0.49%, but that more immediate action is needed.

Read this: Google, Facebook and Apple in the crosshairs as lawmakers agree on EU intervention in Big Tech

“Many of us may not have the strength and resources to wait until such regulation really takes effect,” the letter says.

The letter calls on the bloc to immediately enforce a 2017 ruling that fined Google €2.42 billion for giving unfair preference to its own shopping service in search results, which the company is appealing.

Vestager has taken a tough stance on big tech since beginning her tenure overseeing competition in the EU in 2014, including fining Google more than €8 billion from three antitrust cases.

However, Hefer said that it has been frustrating to see a lack of substantive regulation from the EU, despite investigations and rulings.

“We’ve seen a lot of skepticism and a lot of criticism, but not a lot of action,” he said. In a dynamic industry like internet search services, Hefer said, “if you can appeal decisions like these for years and years in court, the reality takes care of itself.”

Google rebuffed the letter from its critics, saying that “people expect Google to give them the most relevant, high quality search results that they can trust.”

“They don’t expect us to preference specific companies or commercial rivals over others, or to stop launching helpful services which create more choice and competition for Europeans,” the company said.

Google also faces competition trouble in the U.S., where last month it was officially charged with antitrust violations.

“Google aggressively uses its monopoly positions, and the money that flows from them, to continuously foreclose rivals and protect its monopolies,” said the complaint filed by the Justice Department in federal court.

Thursday’s letter, which was first reported by Reuters, comes on the heels of the EU’s decision this week to slap antitrust charges on Amazon, and open an investigation that will cover its Prime service, after finding that the e-commerce company “illegally distorted competition in online retail markets.”