Home
Stocks
Key Words: South Dakota emergency-room nurse says some patients insist COVID-19 isn’t real even as they’re dying from it
Prev Article Next Article
This post was originally published on this site 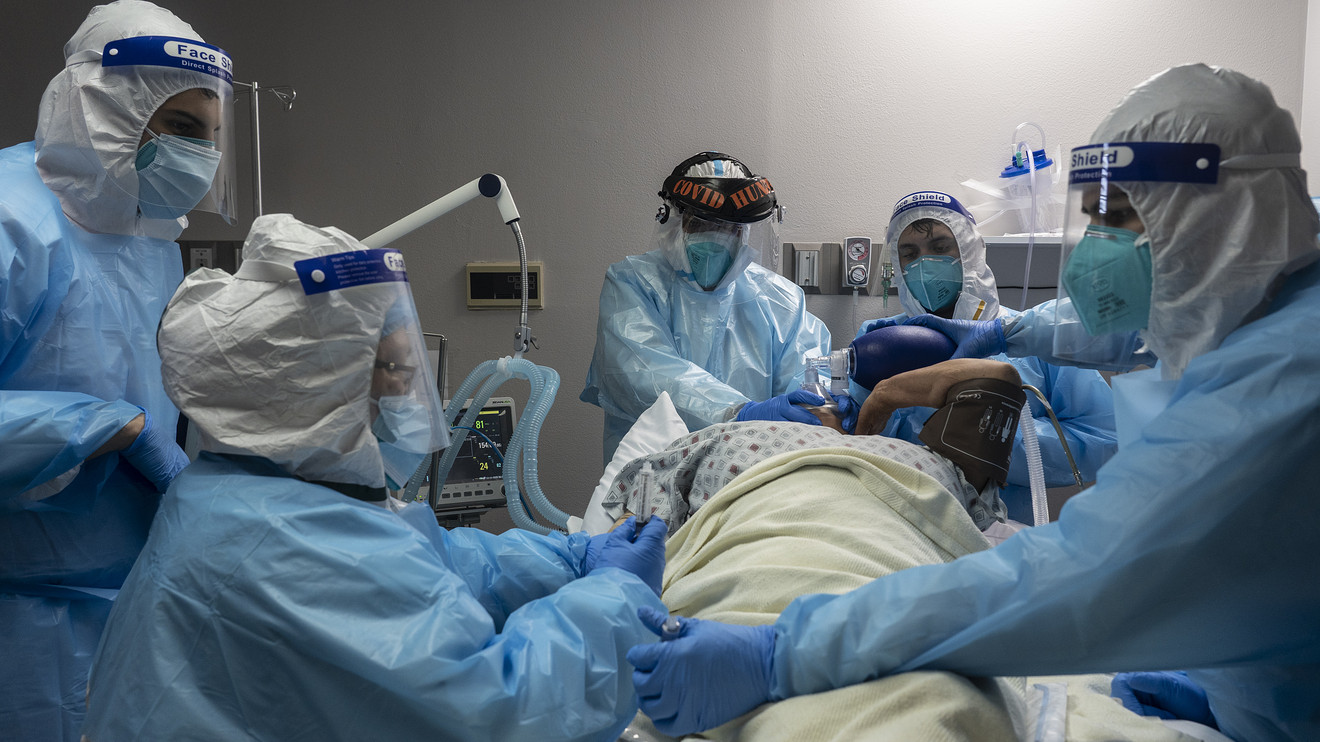 A South Dakota nurse took to Twitter on Sunday to highlight a tragic feature of the coronavirus pandemic: patients who rail against health-care workers because they don’t believe COVID-19 is real.

“ ‘The ones who scream at you for a magic medicine and that Joe Biden is going to ruin the USA. All while gasping for breath on 100% Vapotherm. They tell you there must be another reason they are sick. They call you names and ask why you have to wear all that “stuff” because they don’t have COVID because it’s not real.’ ”

Jodi Doering, an emergency-room registered nurse, described the phenomenon in an interview on CNN on Monday, after her Twitter posts attracted wide attention: “It’s not one particular patient; it’s just a culmination of so many people and their last dying words are, ‘This can’t be happening, it’s not real.’

“And when they should be spending time FaceTime-ing their families, they’re just filled with anger and hatred. I just can’t believe those are their last words,” she said.

Some patients are so convinced the virus does not exist that, when they test positive, they insist it must be flu, pneumonia or even lung cancer, said Doering.

Nurses, for their part, are watching patients get sick in the same ways, receive the same hospital treatment and then die in the same way — and then the nurses come back the next day as the cycle repeats. “It’s like a movie where the credits never roll,” Doering said.

The Dakotas are currently the epicenter of the U.S. pandemic with the fastest moving per capita case numbers, according to data tracked by Johns Hopkins University and the states’ own health departments. Experts says the Sturgis Motorcycle Rally, which took place with the encouragement of South Dakota Gov. Kristi Noem in August, was likely a superspreader event, as about half a million bikers are reported to have attended and many gathered closely in bars and restaurants without wearing face masks.

North Dakota has had 63,802 confirmed cases of COVID-19, according to a New York Times tracker, and least 742 people have died.

North Dakota’s hospital system is at full capacity, according to Gov. Doug Burgum, who said last week that health-care workers who test positive will be allowed to treat COVID patients at least temporarily, because of chronic staff shortages.

South Dakota has had 65,381 confirmed cases and at least 644 deaths, the tracker shows. Its hospital system is at 64% capacity, according to its health department, while ICU beds are at 67% capacity.

“We’re managing our patient loads, here right now … but the reality is, it’s not getting better,” said Doering.

Experts have lamented the U.S.’s failure to conduct the contact tracing, isolation and quarantine procedures that have helped some countries and regions contain the spread of the deadly illness. Trump has jeered at face-mask wearers, including Democrat Joe Biden, his presidential opponent; has said the virus would simply disappear some day; has promoted ineffective or even harmful treatments; and admitted to journalist Bob Woodward in recorded interviews that he deliberately downplayed the virus earlier in the outbreak.