Home
Stocks
MarketWatch First Take: HP, Dell results buoyed again by work-from-home trend, but are they sustainable?
Prev Article Next Article
This post was originally published on this site 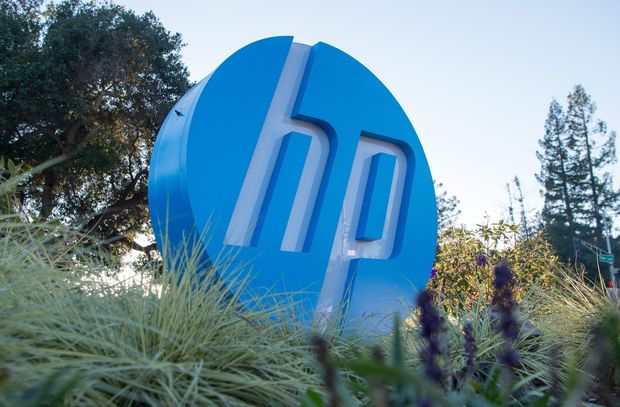 Both Hewlett-Packard Inc. and Dell Technologies Inc. reported strong quarterly results Tuesday, as the work-from-home trend amid the pandemic continued to boost sales for their PC businesses.

HP HPQ, +2.64% Chief Executive Enrique Lores summed it up in the company’s conference call with analysts. “People need [a PC] for working, for learning, for gaming, for entertaining, for communicating, and the trend that we see is for every person to have their own PC,” he said. “This is really driving significant demand on the PC side.”

Earlier Tuesday, the personal-computer and printer giant reported fiscal fourth-quarter results that outpaced Wall Street’s expectations. For the quarter ended Oct. 31, HP reported revenue of $15.3 billion, down 1% from the year-ago quarter, but better than the $14.7 billion in revenue that analysts had been expecting, according to FactSet.

HP also surprised analysts with a stronger-than-expected profit outlook for the fiscal first quarter, and a big improvement in its printer business. Its highly profitable supplies business, including printer ink and paper, saw revenue dip 1%, but that was a huge rebound from the July-ended third quarter, when supplies revenue tumbled 19%.

The company expects to be supply-constrained in the current quarter, as industrywide semiconductor shortages affect its ability to meet all the current demand. This strong demand has been driven even more by consumers, after a wave of PC-buying by businesses for work-from-home employees. Gartner said last month that the PC market was seeing its strongest consumer-driven demand in five years.

HP’s shares initially jumped 9% in after-hours trading but fell back slightly as the company’s earnings call progressed, as executives noted that consumer-driven revenue was not as profitable as its corporate sales, especially in printing. HP executives did not provide revenue guidance for the fiscal first quarter, but the GAAP EPS outlook in the range of 58 cents to 64 cents a share far exceeded the 51 cents consensus estimate, according to FactSet.

Dell DELL, +1.36%, too, participated in the PC boom, with its consumer business up 14% to $3.5 billion, even outshining its majority-owned VMware VMW, +1.05%, which saw total revenue rise 8%. Dell’s commercial PC business grew 5% to $8.8 billion on strong consumer demand. Dell’s overall revenue, which includes other storage and server businesses, was up 3% to $23.5 billion, with consumer PCs as the star of the quarter. Its shares zigzagged in after-hours trading, ultimately slipping 74 cents.

“Our consumer business had another impressive quarter, primarily driven by our premium XPS and Alienware brands, which combined were up 43% on an orders basis,” said Dell Chief Operating Officer and Vice Chairman Jeff Clarke. Dell’s Alienware is a line of high-end PCs developed for videogames.

Both companies believe the current quarter, which will include holiday sales, will be strong in the PC sector. But commodity pricing, component supplies and the unknown impact of the pandemic in the coming months will continue to weigh on each of their businesses. In addition, for HP, some investors are unsure the supplies improvement is sustainable. Supplies got a boost from home users, with many consumers buying ink for printers that hadn’t been used in a long time.

Analysts also wonder if the companies will soon hit a saturation point, when most people who need a new PC will have purchased one, after the initial pandemic boost. “I think we are still far from that position,” Lores said Tuesday. Still, the question will continue to remain on investors’ minds into next year.