Home
Stocks
Futures Movers: Oil ends at lowest in over a week as OPEC+ delays meeting in bid to build consensus on output cuts
Prev Article Next Article
This post was originally published on this site 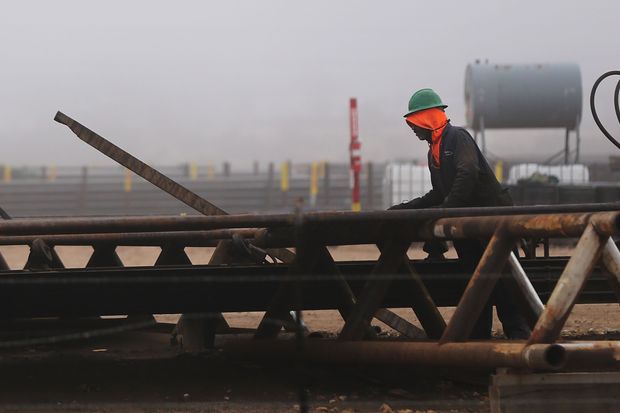 Oil futures declined on Tuesday, with prices settling at their lowest in more than a week, as the Organization of the Petroleum Exporting Countries and its allies delayed a decision on whether to extend existing output curbs until later this week.

“The lack of progress from [the] OPEC+ meetings is shaking the confidence of traders, since everyone had assumed that this week’s meeting was just a formality and that the extension of production cuts was a foregone conclusion,” said Manish Raj, chief financial officer at Velandera Energy. “Continued negotiation among OPEC+ members suggests fragility of the alliance, and hence, it is weighing in on oil prices.”

Both benchmarks marked their lowest settlements since Nov. 23, according to Dow Jones Market Data.

Oil rose sharply in November, cheered by progress toward COVID-19 vaccines which may enable a stronger economic recovery in 2021. Both benchmarks rose around 27% in November.

The meeting was pushed back to Thursday, when OPEC leaders are expected to meet with top Russian producers, The Wall Street Journal reported. OPEC had aimed to reach an agreement inside the cartel on Monday, but held off on due to lingering differences between Persian Gulf producers, such as Saudi Arabia and the United Arab Emirates, and Russia over past lack of compliance with earlier cuts, the newspaper reported.

The OPEC+ meeting is “not just about discussing future production allocation, but importantly, it is also about monitoring historical compliance,” said Raj. “While Saudi Arabia, Kuwait and the UAE have strictly honored their commitments, they are demanding that all other alliance members honor their commitments before any new extensions are agreed.”

An extension of the current OPEC+ cuts would remove around 150 million barrels of crude from the market in 2021, assuming a small degree of noncompliance, wrote analysts at JBC Energy, a Vienna-based consulting firm, in a Monday note.

While there is no realistic scenario in which U.S. production could make up for that impact in the near term, “the financial benefits implied by higher prices (if sustained of course) would make any future adjustment needs that much more costly for OPEC+, from both a size and price perspective,” they wrote.

“Long story short, while we can see that a three-month extension is still the likeliest outcome, the most fundamentally prudent course of action would for us be some compromise where production gets boosted by a certain amount every month to at least try to not have prices give too much opportunity to non-OPEC+ players before we can be sure that the market can really digest that next year,” they said.

Meanwhile, the failure to reach an OPEC+ agreement would illustrate “the difficulty of sustaining the output discipline that we’ve seen since shortly after the coronavirus crisis began,” said Andy Brogan, global oil and gas leader at Ernst & Young. “All of the OPEC producers are under pressure to provide government revenues and no one wants to make a disproportionate sacrifice.”