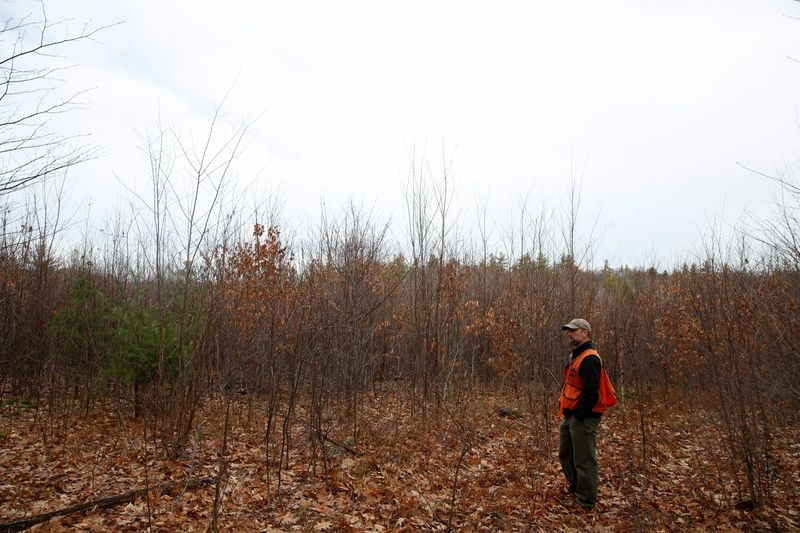 LONDON (Reuters) – Oil companies such as BP (NYSE:BP) and Shell (LON:RDSa) are nurturing nature as a future revenue stream, betting on an expected rise in carbon credit prices as their fossil fuel profits ebb.

The Californian firm expects to generate $1 billion for landowners over the next 10 years, after a 20-40% cut of the proceeds, its chief executive Sean Carney said.

And as companies and countries have rushed over the last year to pledge new net-zero global warming pledges, that forecast may be too conservative, Carney said.

“When you put it next to all the announcements and all the talk, it’s a really small number. We might be thinking too low here given the commitments,” he told Reuters.

For a graphic on Revenue ambitions dwarf current investments:

Climate change goals, agreed in Paris in 2016, have fuelled a growing, but still immature, market for carbon offsets as companies and countries seek to fall in line.

“Investing in carbon sequestration, at a time when the world is increasingly carbon constrained, over time will prove to make good commercial, business sense,” Duncan van Bergen, Shell’s head of Nature Based Solutions, told Reuters.

“I do worry that they’re initiating projects in a market that they can profit from that’s attempting to solve a problem that they’ve largely created,” Leugers said.

Others note the cash is going toward projects of universal benefit.

“Why would it be OK to make money with digging out fossil fuels, but not with saving the planet?” said Renat Heuberger, CEO of the leading climate project developer South Pole, which typically takes a 10% cut from credits it develops and sells.

Although some industries are covered by carbon-trading schemes enshrined in law, such as in the European Union, California and Australia, most of the world has no such government-backed markets.

That leaves most emitters with only a handful of small, voluntary carbon offset markets launched over the last 15 years.

And as more seek credits, the price is expected to rise.

Shell’s budgets, for example, are based on a carbon price of $85, or around 70 euros, a tonne by 2050 which is more than twice the current price of just under 30 euros on the EU carbon-trading scheme.

While each “registry”, or voluntary market, has its own rules for entry, they generally work by certifying credits for carbon-reducing projects which preserve forests or wetlands or help swap out wood or coal burning stoves with ones using cleaner fuels.

The entire voluntary carbon offset market last year was worth around $300 million, trading offsets for around 104 million tonnes of carbon dioxide equivalent (CO2e), according to Ecosystem Marketplace, the main aggregator of these data.

However, that compares with the 33 billion tonnes of CO2e emitted by the energy sector alone in 2019, of which 2.1 billion tonnes came from products made by European energy majors, International Energy Agency and Reuters calculations show.

For a graphic on How small is the voluntary carbon offset market?:

A November report by a taskforce of investors and emitters led by former Bank of England Governor Mark Carney said the voluntary market would have to grow 15-fold to meet the goal of avoiding catastrophic climate change.

Oil majors are playing a growing role in this as they seek to establish themselves in the new carbon neutral world order, with France’s Total earmarking $100 million a year for nature-based solutions, including an unspecified amount toward creating credits.

Shell plans to spend $100 million on average over the next year or two on nature-based carbon offsets and van Bergen expects emissions cuts from nature-based solutions or carbon sinks will be “material” by 2030 or 2035.

In August it bought Select Carbon which helps farmers in Australia modify their land use and certifies credits for use in a government-managed scheme or sold on the secondary market.

BP’s investment in Finite Carbon went toward software that allows landowners to monetise the planting of new trees or preservation of existing woodlands.

Using machine learning, remote sensing and digital payments, the software is aimed at landowners with parcels as small as 40 acres, too small to take part in many carbon markets.

For BP’s head of ventures Nacho Gimenez, the Finite Carbon investment fits with a responsibility to rein in emissions.

“As long as someone is investing in something positive, that’s the baseline,” Gimenez told Reuters.

Such nature-based offsets could remove up to 12 billion tonnes of emissions a year on the back of $120-$360 billion spending by emitters, British bank Barclays (LON:BARC) estimates.

But with no global standard for evaluating the carbon impact of a project or for pricing credits, a credit from the same project can fetch a higher price in one sale than in another.