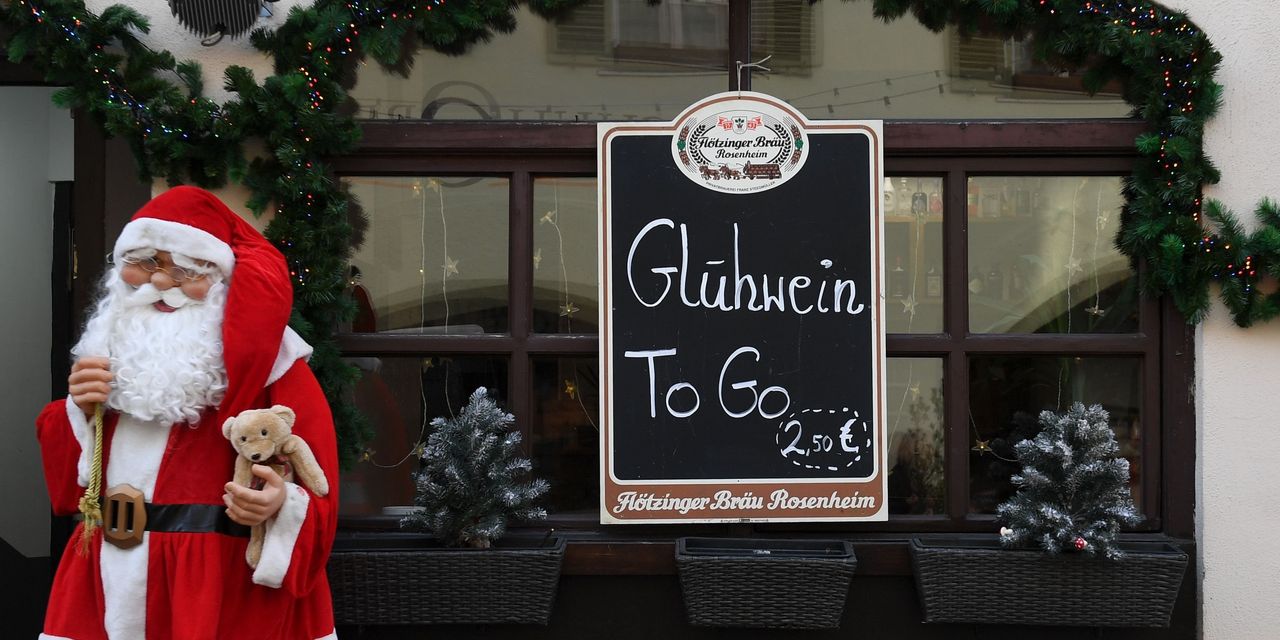 European stocks and U.S. equity futures climbed on Wednesday, following a record session on Wall Street amid optimism over progress on a new American stimulus package, and as the U.K. rolled out its COVID-19 vaccine program.

The pound GBPUSD, +0.69% rose 0.5% to $1.3418. U.K. Prime Minister Boris Johnson is expected to arrive in Brussels later on Wednesday, to dine with European Commission President Ursula von der Leyen in a bid to secure a post-Brexit trade deal. Fears of a ‘no-deal’ scenario when the transition period ends on Dec. 31 weighed on stocks on Tuesday.

But there were encouraging comments from Irish deputy prime minister Leo Varadkar, who said he believes both sides have more to gain than lose from a deal, while Cabinet Office minister Michael Gove told Sky News there is now a “smoother glide path” toward a possible deal.

London could face the most stringent COVID-19 restrictions, with some experts calling for just that, as infection numbers have climbed across much of the city. On Wednesday, Germany’s daily infection rate reportedly hit the highest level since the pandemic began.

The U.S. continues to battle its own out-of-control second wave of the pandemic, but investors are partially pinning hopes on a Thursday regulatory meeting, which could mark a step toward the likely authorization of the first COVID-19 vaccine in the U.S.

“Alongside a rollout which has now begun in the U.K., expectations are increasing for a relatively early solution to the human and economic problems which the pandemic has caused,” said Richard Hunter, head of markets at Interactive Investor, in a note to clients.

And hopes are rising for a U.S. stimulus package before the end of the year, after Treasury Secretary Steven Mnuchin said late on Tuesday that he offered a $916 billion aid package to House Speaker Nancy Pelosi that would deliver $600 direct payments to most Americans.

Among stocks on the move, shares of heavily weighted British American Tobacco BATS, -0.03% slipped 0.6%, even after the tobacco giant reported that business is performing strongly, and it is confident about its prospects.

Shares of Covestro 1COV, +4.66% climbed 3%, after the German chemicals group said late on Tuesday that the company has raised its 2020 earnings forecast as activities in the fourth quarter of the current year are stronger than previously expected.

Shares of Signify LIGHT, -3.78% slid 6%, after the Dutch-based lighting company said it would announce a new strategy to boost profits later on Wednesday, and updated guidance.