Home
Stocks
Peter Morici: Trade will be the toughest test for Biden’s foreign policy
Prev Article Next Article
This post was originally published on this site 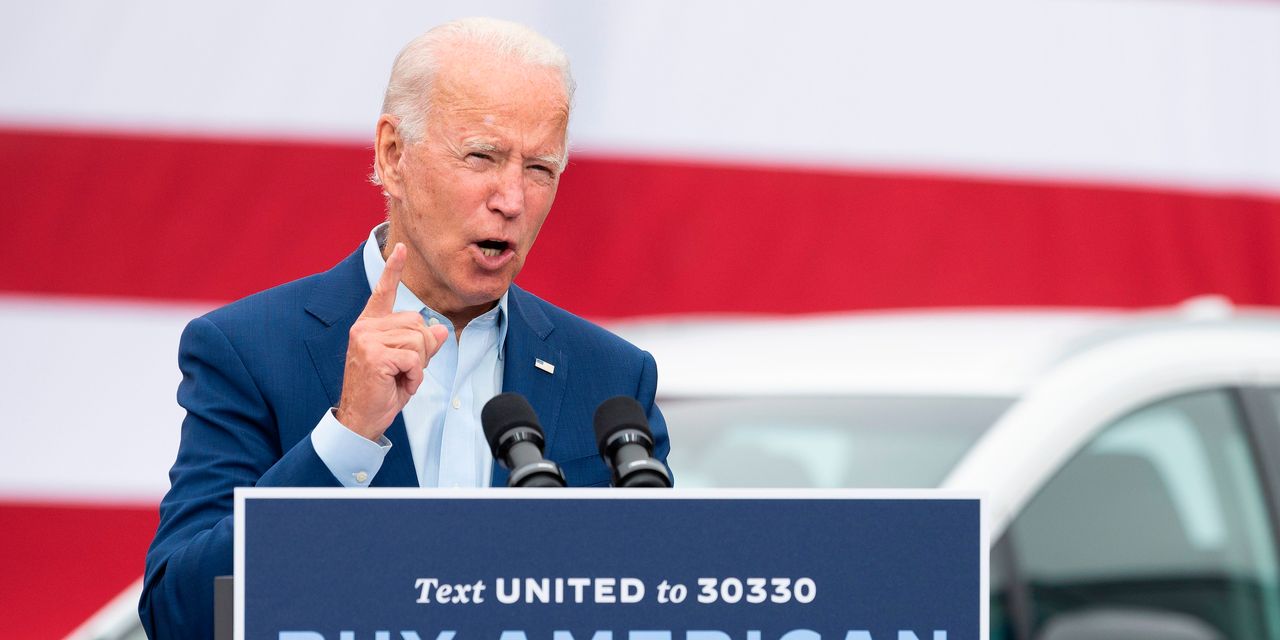 Joe Biden campaigned on a platform to restore America’s standing in the world by repairing ties with our allies, create greater domestic equity through improvements in the Affordable Care Act and aggressive efforts to advance the interests of women and minorities, and accelerate U.S. efforts to reduce greenhouse gases.

The country can’t accomplish massive new programs without big deficits or taxes a Republican Senate won’t permit. He could pay his campaign debts with surgical improvements to the ACA funded by dedicated levies, and coax Republican cooperation by offering torts reform and bending to wherever ideas the GOP may have about improving competition. And with more aggressive enforcement from the Justice Department Civil Rights Division and the regulatory powers of the Departments of Labor and Education.

Internationally, Biden must reckon with a China that will soon have a larger economy, has an impressive navy, is flexing its muscles in the South China Sea and Straights of Taiwan, and suppressing democracy in Hong Kong. At best we are in a stalemate and at worst, we could be pulled into a ruinous confrontation that establishes China as the pre-eminent power in the Pacific.

France and Germany combined are as populous and about four times richer than Russia. Clearly the Europeans can afford to entirely provide for their own defense. The Europeans will be told, albeit more politely, to do much more for themselves, because America’s resources are needed in the Pacific.

China’s economy is at once complex—a state-orchestrated market system, similar to Germany and Japan in the 1930s—and simple—a free rider in the international trading system created principally by the World Trade Organization.

The WTO permitted China to accomplish export-led growth and create an economic and military juggernaut that is now bent on reshaping the entire global system to serve the values and vision of the Chinese Communist Party.

The WTO system was designed to link together democratic market economies and assist developing countries by establishing rules that promote trade based on comparative advantage. The agreements very much look as if they were written by economists to create work for lawyers.

Beyond reducing tariffs and quotas—quite effectively but for agriculture and textiles—the WTO agreements lay out general rules for product standards, customs administration, subsidies, intellectual property regimes and other instruments of domestic policy that clever bureaucrats can manipulate for mercantilist purposes. It leaves to dispute settlement panels and an Appellate Body to elaborate their situational meaning.

The rules are general, because technology and the ways governments can subvert open trade are constantly evolving. A de facto common law system has emerged, which when it works well, provides predictable limits on the protectionist pressures special interests can bring to bear on domestic politicians.

China’s economic system is too inconsistent with Western market economies for the WTO to accommodate. It has run circles around WTO dispute settlement and does most whatever it likes. It targets Western industries by closing its markets, forces foreign investors to transfer technology to gain market access, and subsidizes exports. It has accomplished dominant positions, for example, in solar panels and 5G technology.

The Obama and Trump administrations responded by refusing to approve judges to the Appellate Body and that crippled dispute settlement. The Europeans, Chinese and others countered by creating a contingent arbitration mechanism outside the WTO to review dispute settlement panel findings.

China should not be in the WTO, but the Europeans want to deal with Beijing there. China has grown too large for the United States to confront without allies, and the Europeans want tangible gestures that show Trump era abuse of America First is over.

President Donald Trump’s steel and aluminum tariffs are on the table but the Europeans have quite a laundry list of issues.

Ambassador Robert Lighthizer proposed replacing the Appellate Body with bilateral arbitration that would not set precedents—but without precedents, the WTO system is rudderless and subject to the whims of the biggest player—soon to be China.

The Biden administration could approve the appointment of new appellate judges but condition that on an American exception for dispute settlement with China.

That would permit the United States to impose remedies it deemed necessary to counter China’s aggressive protectionism and force the Europeans and other advanced industrialized countries to consider the same.

Peter Morici is an economist and emeritus business professor at the University of Maryland, and a national columnist.