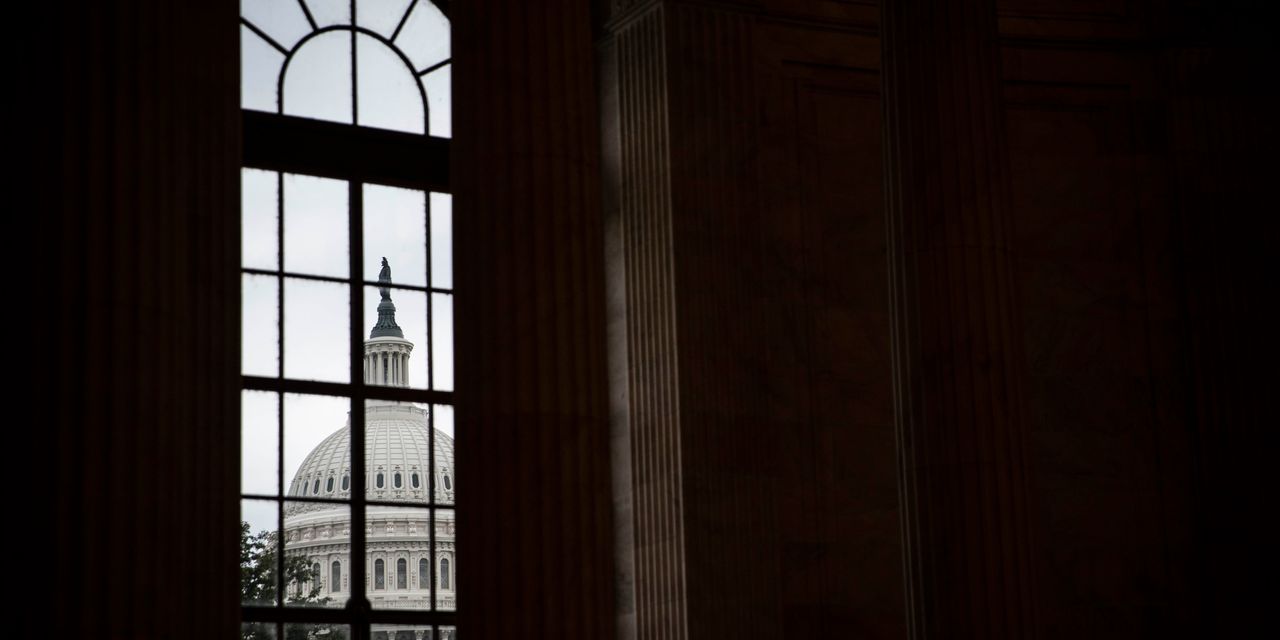 Stock-index futures pointed to a higher start for Wall Street on Tuesday, with support tied to continued efforts toward a round of aid spending as COVID-19 cases continue to surge.

Stocks saw a mostly lower finish Monday, with the Dow closing in negative territory after an early push to an intraday record.

A bipartisan group of House and Senate lawmakers on Monday unveiled a two-part package that would separate the most contentious issues holding up approval from a $748 billion package that includes widely supported measures, including extended unemployment benefits and aid to business. Thornier issues, including liability protections and aid to state, local and tribal governments were put into a proposed $160 billion package.

“Although the current proposal is far more modest than the fiscal packages floated earlier in the year (at $700 billion it is only about one third as large) it nevertheless is viewed by the market as better than nothing at a time when many U.S. citizens are on the precipice of homelessness given the contraction of economic activity due to fresh wave of lockdowns,” said Boris Schlossberg, managing director at BK Asset Management, in a note.

If lawmakers leave Washington without a deal, “the policy error could be very costly for the U.S. economy in Q1,” he said.

Meanwhile, the rollout of the vaccine developed by Pfizer Inc. PFE, -4.64% and BioNTech SE BNTX, -14.95% continued, with the first vaccinations delivered on Monday. Later this week, a Food and Drug Administration advisory committee will meet to discuss whether Moderna Inc.’s  MRNA, -1.19%  COVID-19 vaccine candidate should be authorized for use.

The Federal Reserve will begin a two-day policy meeting Tuesday, its final gathering of 2020.

Read: 4 things to watch when the Fed meets on Wednesday

The economic calendar features the December Empire State Index, a measure of activity in New York, is due at 8:30 a.m. Eastern. Separately, a November reading on import prices is due at the same time.

Data on November industrial production and capacity utilization is due at 9:15 a.m. Economists surveyed by MarketWatch look for production to show a rise of 0.2% after a 1.1% rise in October. Utilization is forecast to tick up to 73% from 72.8%.